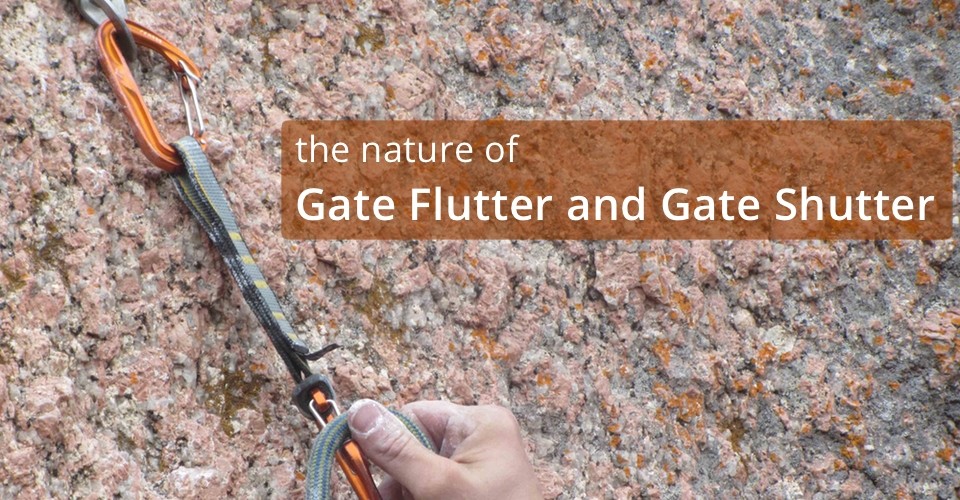 There are two types of scenarios that will unintentionally cause a carabiner’s gate to open.

1. Gate Flutter – when the movement of the rope through the carabiner creates a harmonic vibration in the carabiner causing the gate to slightly open and close (“fluttering”). This could be caused by a really big fall where the rope enlists a lot of weight on the carabiner.

2. Gate Shutter – When the gate opens (“shutters”) due to the spine of the carabiner hitting against some debris (rock, other hardware, etc). This problem is exacerbated when it opens the carabiner gate at the same time the full force of the fall is absorbed as you are now in an “open gate” position, certified to a much lower strength rating.

You can see an example of gate shutter in action on this non-scientific YouTube Video:

We made this blog post to accompany other posts that mentioned gate flutter such as, Ensure your carabiner is strong enough to climb on.

[…]  Open Gate: During a fall, a carabiner can open slightly as it vibrates while dispersing the energy (also called “gate flutter“). […]

[…] the market, at 11kN. This is important when accounting for the unlikely but dangerous situation of gate flutter and gate shutter, when the gate of the carabiner may open for a split second and when that moment corresponds to […] 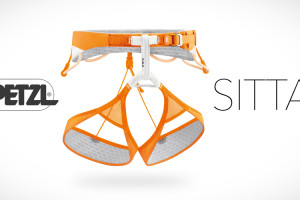 Most ultra-light harnesses are intended for a limited number of uses, typically mountaineering or ski mountaineering. Some...
Copyright 2013-2018 WeighMyRack LLC
Back to top
Backcountry has 25% off gear & REI has 22-60% off in the Outlet. See the list of over 20% off gear here
%d bloggers like this:
We use cookies to add buying options and for analytics. By using this site we assume you are OK with that (scroll to accept). Cookie PolicyOk