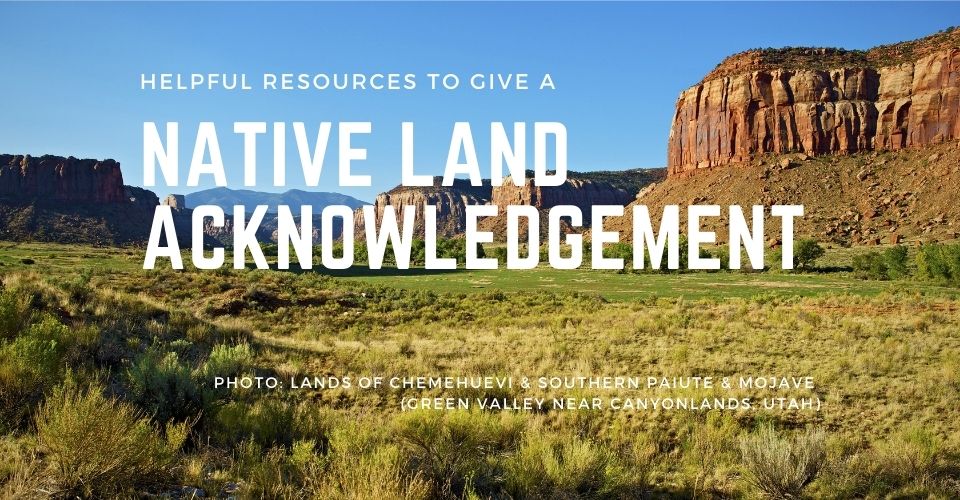 Whenever we (at WeighMyRack) use a specific placename we will also give a Native Land Acknowledgement. We feel it is important to be honest and open about the atrocities (genocide, ethnic cleansing, stolen land, forced removal) of Native Americans from the land in which climb, recreate, live, and travel on. There are grave sacrifices to honor for the sake of “public lands” and our open and natural spaces.

Let us be grateful for the land and its Native caretakers and stewards, past and present.

This friendly and helpful guide is the most encompassing summary we’ve found. The guide is direct and thoughtfully encourages us all to go further. The Native Governance Center is run by Native people and is based in St. Paul near the Mississippi river, or Wakpá Tháŋka, not far from Bdoté.

A great initial resource. The Native Land maps are the most comprehensive mapping database available. Type in your zipcode (or city/state) and see what territories and treaties are so far documented. It’s a simple start when you’re climbing in a new area and want to share your location on Instagram.

Although this is the fastest way to find information to give a Land Acknowledgement, the “fastest” way can also be problematic in that it can be an “easy out” that does not require deeper thought or introspection (we address this further below in this post).

Note: This app/website was founded by a Non-native.

This guide and accompanying resources were made in collaboration with numerous Native American tribes. It is by far the most comprehensive information guide that we’ve found. USDAC has also created a #HonorNativeLand Pledge that urges organizations to publicly commit to practicing traditional Native land acknowledgment.

Aside: We’ve taken the Honor Native Lands pledge. There is no formal follow-up, or accountability to the pledge; I encourage all who read this to hold us accountable.

Acknowledgment is a beginning.

As the USDAC notes:

Acknowledgment is but a first step. It does not stand in for relationship and action, but can begin to point toward deeper possibilities for decolonizing relationships with people and place.

Acknowledgment is the beginning. Acknowledgment—and the research required to do it with integrity— should be an invitation to deeper analysis, relationship, and action.

Acknowledgements can easily be an imperfect step if you don’t go further. It’s helpful to know and share that the injustices Natives face are not just stolen land.

Even today, many resources like health care and mental health resources are still hard (or impossible) for Natives to properly access. Due to many reasons, such as a lack of funding from Congress and tribes that are still unrecognized by the government, Native Americans continue to die at higher rates than other Americans in many categories of preventable illness (source and statistics).

Native women are disproportionately targeted by sex traffickers. In 2015 the National Congress of American Indians found that an estimated 40 percent of women who are victims of sex trafficking identify as American Indian, Alaska Native, or First Nations (source).

Native men disproportionally face police brutality. Wikipedia cites that Native Americans ages 20–24, 25–34, and 35–44 are three of the five groups most likely to be killed by police (the others are Black people 20–24 and 25–34) making them more likely than any other racial group to be killed by police despite the fact that they only make up 1.2% of the population of the United States. If you want more statistics, this article by CNN: The Forgotten Minority In Police Shootings, has disheartening yet insightful graphs and sources.

1 in 4 American Indian / Alaskan Native men have experienced sexual violence in their lifetime. Since Indigenous men and boys often feel unsafe reporting their abuse, likely the violence is much greater due to underreporting. Sources: National Institute of Justice Research report and the official National Institute of Justice site with more resources.  Restoring Ancestral Winds Coalition.

Many cultural traditions have also been erased or forced to move underground. For example, Indian Health Services states, “The disruptions caused by conquest and disease, together with the efforts of missionaries, government agents, boarding schools, and white settlers resulted in the loss of many traditions in Native communities. Two spirit roles, in particular, were singled out for condemnation, interference, and many times violence. As a result, two spirit traditions and practices went underground or disappeared in many tribes.” The Indian Health Services site has more information on the two spirit tradition (two spirit is the 2S in LGBTQIA2S).

Where We (the folks who run WeighMyRack) Reside

We call ourselves mobile, but the address on our license reads Malaga, Washington — lands of the P’squosa, now known as the Wenatchi Tribe. The P’squosa live(d) along the Wenatchee River, in a region that includes Leavenworth through the Cascades and to Lake Wenatchee. The Wenatchi Tribe is part of the 12 bands that form the Colville Confederated Tribes, Chief Joseph Band of Nez Perce, Colville, Eniat, Lakes, Methow, Moses-Columbia, Nespelem, Okanogan, Palus, San Poil, and Wenatchi.

The Wenatchi Tribe is not federally recognized as the government never honored their treaties – it seems that railroads were prioritized instead. The injustice has continued and as recently as 2003, a restraining order was placed on the Wenatchi Tribe to keep them from fishing on their ancestral lands.

Last time we were in Washington I met local tribal member Mary Big Bull-Lewis (a member of the Colville Confederated Tribe; Wenatchi, Moses and Entiat & a descendant of the Blackfoot Tribe), who is doing amazing work focusing on local Native American tribes. With her business Wenatchi Wear, they sells shirts, stickers, and cards – each of the designs sharing history of the land and a portion of Wenatchi Wear sales will go to the Wenatchi Land Back fundraiser. Mary is also the main person behind the  Wenatchi Land Back fundraiser whose goal is to obtain a piece of the Wenatchi homelands back. Once land is acquired the goal is to focus their efforts on a community center and trading post.

Mary shares more in the video below, and you can find more info directly the Wenatchi Wear website or the Go Fund Me page.

Here are more jumping off points for further reading and education.

If you’d like to see more Native books that we’re reading (and other non-white authors on our list), please refer to our de-colonized booklist.

This post was created as a starting point and is not exhaustive by any means. If you have more resources you’d encourage us to add to this list, please share in the comments. Or you can connect with us by phone or email found on our Contact page.

How to Recycle and Upcycle Used Carabiners 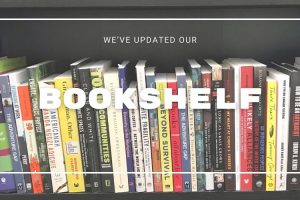 We're sharing our booklist here, so you can see what we're reading (we've had many people ask). Most of the books do not specifically...
Copyright 2013-2018 WeighMyRack LLC
Back to top
Backcountry has 25% off gear & REI has 22-60% off in the Outlet. See the list of over 20% off gear here
%d bloggers like this: