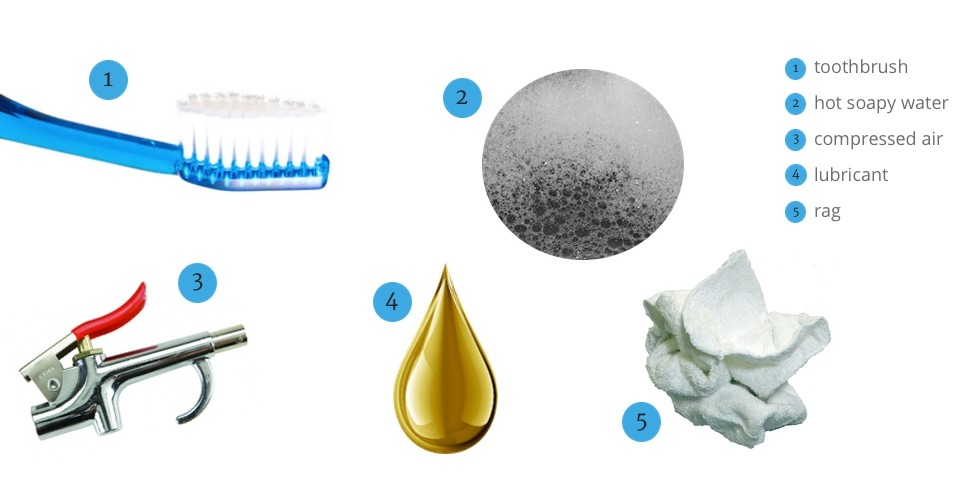 A carabiner can last much longer than most climbers usually keep them (well over 15 years). Often new gear is so enticing that many climbers choose to retire their older carabiners before it’s absolutely necessary. On the other hand, lack of care can result in a carabiner needing retirement in less than 5 years. As with most gear, the easiest and most effective way to ensure your carabiners live a long and healthy life is through regular inspection and maintenance before irreversible problems arise.

Cleaning gear, especially carabiners, is not a common practice. So here’s the deal:
To keep on top of your gear’s health, I recommend casually inspect your carabiners all the time. After climbing and taking gear off your harness, give them a look over. Any changes?

It’s helpful to inspect gear more thoroughly 1-4 times a year, especially if you know it’s gone through a rough adventure. Although inspection should be at least an annual practice, it is rare that carabiners need maintenance, unless you climb in dusty or salty environments.

Symptoms that signify its maintenance time

Note: If your carabiner does not show any of these symptoms and you can’t find anything “wrong” or “abnormal” with the carabiner, then there’s no reason to clean it. That is, unless you enjoy the shiny look, in which case, you cannot “over clean” your gear if you follow the steps for cleaning in this post.

When to Retire Your Carabiner

Please head to this post to see all the detailed reasons (plus some photos) to retire your carabiner.

In need of a new carabiner? Compare every carabiner there is at: WeighMyRack.com/carabiner.

To Clean Your Carabiner

2. Soak and scrub/brush the carabiner in hot soapy water.

3. Burst some compressed air in the holes to remove any remaining particles and dry.

4. Once completely dry, lubricate the gate/rivet/spring/lock area, making sure to wipe off any excessive lube.

Our Lube Suggestions (all under $10) 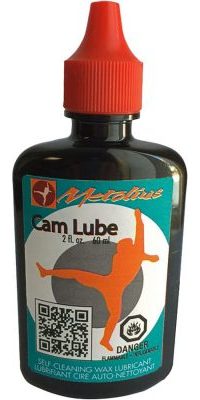 Wax-based lube is beneficial if you’ll be climbing in dusty/desert environments, because it’s somewhat “self cleaning.” This works when small particles of dirt touch the dried film of lube, the wax lube breaks off and carries the dirt with it, away from your gear. Wax-based lubes can still build up over time so they may need extra soaking to completely clean it off.

The only downside to Teflon (and graphite) lubricants is that they are corrosive to other gear, like slings. A nice bonus about Teflon lube is that only a drop or two is needed—the liquid is just a carrier to move “flakes” of teflon, so 2oz will last a very long time. You’ll want to rinse with water to remove the extra teflon-carrying liquid.

#3 Other Bike Lubes that are not oil-based.

See all the Bike Lube options at REI.

There are a TON of options out there in the metal lubing world. Most don’t say what they’re made of on the front of the bottle, so we’re only recommending brands that have been specifically mentioned to us by climbing gear manufacturers.

Many climbers use WD-40 because it’s what they have at home, yet most also admit the benefits don’t last long. Likely that’s because oil is a dirt attractant vs dirt repellant. Though the biggest problem with WD-40 (and why Petzl doesn’t recommend it) is that it’s a degreaser and will actually remove any factory lubricants, potentially accelerating wear.

Graphite lube can potentially cause corrosion (graphite+aluminum+steel+moisture=galvanic corrosion). Since most carabiner bodies are aluminum and the rivets are usually steel, one can assume it’s not the best for your carabiners. We know some climbers use it as a lubricant, but just a heads up that it’s not the safest option despite the fact that we have not heard of any reported accidents due to lubing carabiners with graphite.

A burr can hurt your rope, but doesn’t need to be the end of a carabiners life. Most often burrs are caused by falling on a quickdraw, and the steel bolt nicking the aluminum carabiner.

Use very fine or extra fine sandpaper, between grades (220-360), and carefully rub to remove the burr.

You’ll read not to store your carabiners (and everything else you care about) near corrosive materials or chemicals, but it’s also important to be aware of the damage that can be caused by humidity and salty ocean air. Humidity could even occur in dry-air regions when you dump all your damp outdoor clothing next to or on top of your climbing gear.

Although I usually just hang my carabiners up on my gear wall, it’s worth noting that this out-in-the-open space is prime for collecting dust, especially if the gear doesn’t move for awhile. Storing gear inside containers, in a closet, isolated from significant temperature swings and UV from sunny windows, is your safest bet.

Any questions? Ask us in the comments!

This post is sponsored by REI as part of an Educational / Sustainability Series. This sponsorship means if there are specific products mentioned in the post, we’ll link them to REI’s product pages when possible. Also, if there is a relevant sale period, we'll talk about that too. All words are solely the authors and have in no way been altered because of the sponsored nature of the post.

Other sponsored posts you may find interesting:

And if you need new gear, you can possible save some bucks at REI 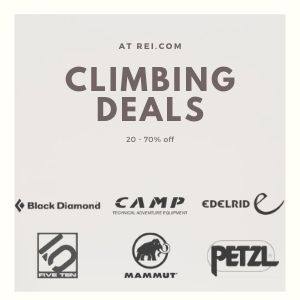 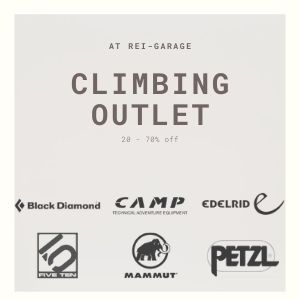 […] important to inspect and clean carabiners to ensure their longevity. A sticky gate has a much higher chance to cause serious […]

Teflon or PTFE is very inert and fine around (plastic) climbing gear being plastic its self. The only worry you would have is the other additives in the lubricant.

Thanks for the plastic clarification Stevo!

[…] Apply a lubricant The lube could be Teflon, Silicon or a wax lubrication. Apply to the springs, axles, and between the side plates. You can work the lube in by squeezing the cam trigger a bit. Avoid lube getting on the sling — for extra safety measure you can cover the sling in a newspaper or a plastic bag. It may also be helpful to apply the lube over a paper towel, newspaper or other scrap to avoid excess lube dripping and spreading to other unwanted areas. Lube notes: Teflon, Silicon and wax-based lubes are the best. Most oil based lubes should be avoided as they will collect dirt much faster (for oils only use manufacturer recommended brands). We recommend wax-based lubes like: Metolius Cam Lube, White Lightning (found in bike shops), or a Teflon-based lube like Tri-Flow (also found in bike shops). We talk about lube a little bit more in our carabiner cleaning post: When, Why, and How to Clean Your Carabiners. […]

[…] are incredibly strong. They can easily last 10, 15, 20 years or even a lifetime when properly maintained. Manufacturers don’t actually give a retirement age or recommended lifespan for their […]

[…] Carabiners – make sure the gate pin(s) are in good shape, the gates open and close without sticking, the lock (if any) works well and the body isn’t bent or out of alignment in any way. You should note any significant wearing like deep scratches or grooves. Read this post about when to retire carabiners to see other signs of wear. […] 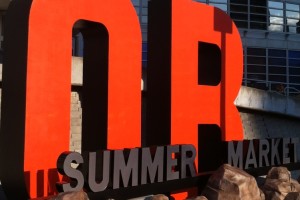 Outdoor Retailer is the single largest event that brings outdoor manufacturers together to show off, hoping to get their...
Copyright 2013-2018 WeighMyRack LLC
Back to top
Backcountry has 25% off gear & REI has 22-60% off in the Outlet. See the list of over 20% off gear here
%d bloggers like this:
We use cookies to add buying options and for analytics. By using this site we assume you are OK with that (scroll to accept). Cookie PolicyOk