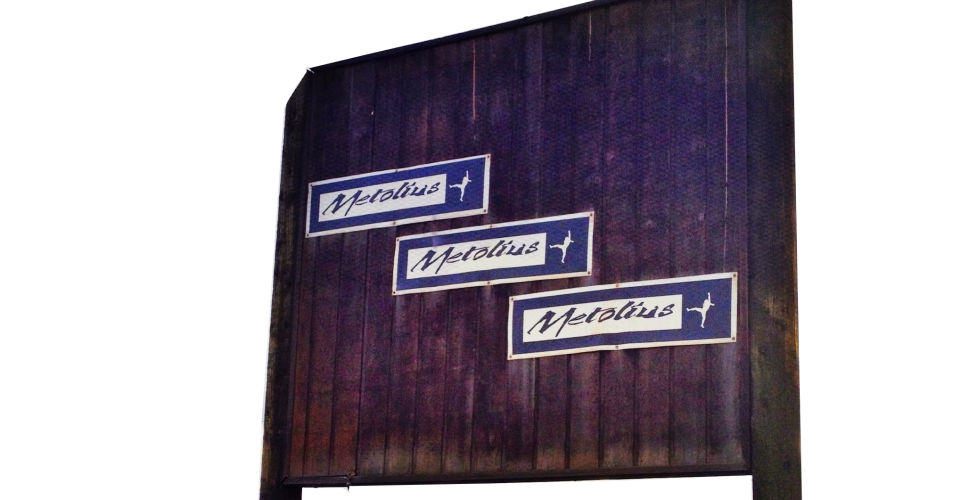 WeighMyRack spent a day at the Metolius Headquarters in Bend, Oregon. In addition to a tour, I talked with Doug Phillips, the founder of Metolius. I wanted to share the most interesting things I gleaned from the experience. But first, a shout-out to Chip and Moses for showing me around and enabling the trip: Thank You!!!

1. Metolius is a lifestyle company

You know how pretty much every climbing manufacturer says they’re “made by climbers for climbers?” Well, Metolius takes this statement seriously. There’s about 40 employees at Metolius, not including the dogs. The turnover is super low because of flexible schedules and the fact that everybody has a say in what’s going on. They even have health care. The folks producing the physical goods have quotas for the month, and if they build/test all their work before the end of the month, they get the rest of the month off.

When I asked Doug how many dogs come to work he replied, “there’s 3 dogs in the office, 3 in the warehouse, 2-3 in the cam shop, 4-5 in sewing, and more always seem to be coming in.” He admitted that the dogs can sometimes be a pain (he stopped bringing his dog in to avoid the sewing pack), but overall they make for a really positive experience.

3. They made crashpads for years before selling

Back in the day, Metolius workers made crashpads for themselves. Since they had the fancy sewing machines to do so, why not make bouldering safer and more comfortable? It took years before they brought them to market because they assumed “nobody would want them.” Once a market appeared, they started releasing their thoroughly tested designs to the excitement of boulderers everywhere. Two of Metolius’ pads (the Shield and the Launch Pad) are still made in Bend.

You can compare every bouldering pad currently on the market at: www.WeighMyRack.com/BoulderingPad

4. All Metolius harnesses are made in the Bend

Upstairs in the Metolius factory, there’s a large open room full of harnesses in various stages of completion. In the middle of the room is a large group of industrial sewing machines with bins full of completed harnesses at their side. Similar to crashpads, Metolius has been testing new and innovative harness designs behind the scenes for ages, making products for themselves that may never be released. Professional Alpinist and Oregon Native, Steve House learned this and has taken never-released Metolius harnesses on some very impressive alpine ascents. 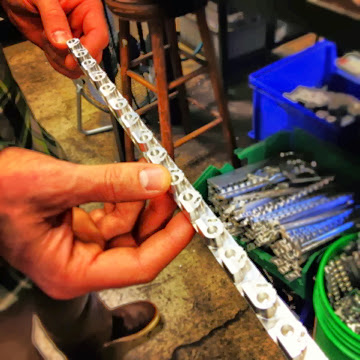 Metolius cams are hand built, inspected and individually proof tested in Bend, Oregon. As I toured the machine shop that makes cams, I was particularly surprised to find out that all the metals used in Metolius cams are sourced domestically. The cams have even been certified Berry Compliant, which means all materials and craftsmanship has been verified as being done here in the United States.

6. The “Rangefinder” on cams are to encourage tighter placements

The idea came from 3 Metolius hardcore climbers, Doug, Jim and Brooke (the same Brooke who was Lynn Hill’s climbing partner when The Nose went free). The plan was not to teach people how to place cams nor to show the maximum placement, but to encourage tighter placements in an ideal situation.

7. If Metolius knows the safer design, they will not create anything less

Often I assume Metolius makes solid-gate carabiners, but they actually only make wire-gates. When I asked Doug about this he brought me to the mini-testing wall secured in the corner of his office and taught me the history of carabiner weaknesses, emphasizing the downsides of gate flutter that occurs with solid-gate carabiners (an effect that is virtually non-existent in wire-gates).

When I asked him, “but what about all those people who don’t trust wire-gates and want solid-gates?” he  looked at me, his expression saying, “The point is not to sell more. The point is safety.” and he again explained why it’s important to increase safety and reduce the chance of gate flutter by only manufacturing wire-gate carabiners.

8. Carabiner design is based on open-gate strength

Doug explained, “It’d be easy to make a 20g carabiner, but we add weight back in. We want higher strengths.”

Metolius always designs their carabiners to create the highest open-gate strength possible because that’s the most likely (low-probability) failing situation. They also design for very angled carabiner heads. The premise for the sharp angle is that the weakest point on the carabiner is the nose. You want to decrease the possibility of the carabiner hanging on the nose by encouraging the bolt/rope/whatever to transfer its load as close to the major axis as possible. Although they don’t design specifically for closed gate strength, the numbers have always turned out well above the standards by designing to open-gate specifications.

Seriously geek out on carabiner strengths (spreadsheet style) at: www.WeighMyRack.com/carabiner/list

I’ve always wondered why Metolius doesn’t talk about Made in the USA more, or why their ads don’t emphasize their happily mom-and-pop character so new climbers see more of their uniqueness. Metolius isn’t into marketing. They’re into designing and manufacturing the safest and most durable products around.

Doug explains it better than I can, and you can watch him explain this engineering feat (he goes over best uses, cam range, design, construction, and maintenance of the supercam):

Can’t see the video above? Check it out on YouTube.

It always frustrates me when companies hide from the truth, especially when my life is on the line. I found Metolius to be totally transparent. When I asked them about where their carabiners were made they easily spoke of manufacturing in Taiwan. They described how each carabiner is proof-loaded and inspected twice by different Metolius employees, in Bend, to ensure no defects. Various employees visit the factory in Taiwan to ensure all the processes run smoothly. There were no long-winded justifications or attempts to hide the facts. Instead, I found an open and honest dialog that I found incredibly refreshing. 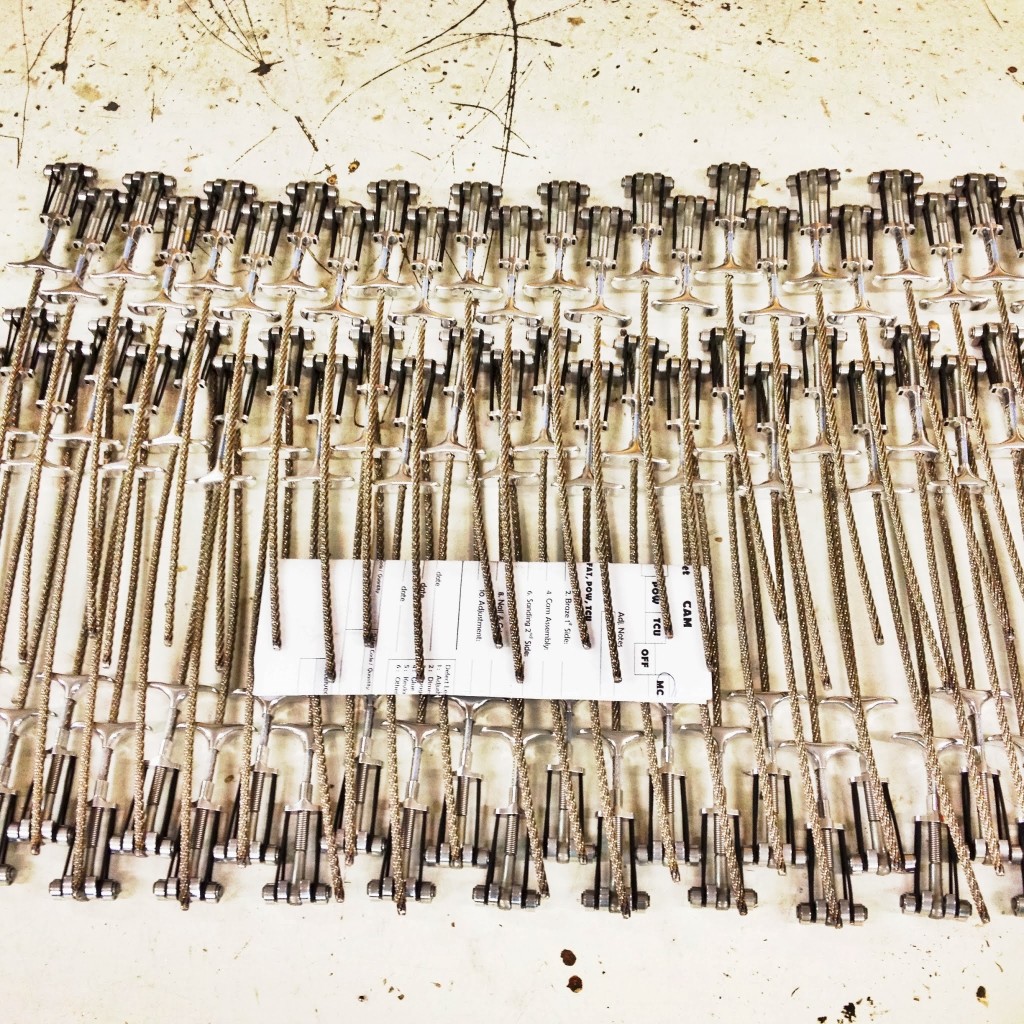 “The only other US made rock climbing harnesses are stitched by Misty Mountain on the east coast.”

Seems like someone needs to look up Yates Gear in Redding, CA. Almost all of their stuff is Berry certified.

You’re right, that sentence is misleading, I’m going to take it out. Yates does make rock climbing harnesses in US. There’s also another company, Fusion, from Chino Hills, CA, that makes harnesses in the US as well.

Thanks for commenting so this fix could be made!

Great article. It’s refreshing to hear such good things about company that makes products that so many rely on for safety!

I got to tour their factory in March and had the same experience/impressions. Very cool folks!

Ha! So next time your partner yells up to you “hey! you overcammed this!” you can just shake your head and smile 🙂

Great article, Alison! It is fun to learn more about a company whose gear has always been #1 on my list. Keep up the solid work 🙂

Cool post. I’ll make sure to look long and hard at their gear the next time I go shopping. 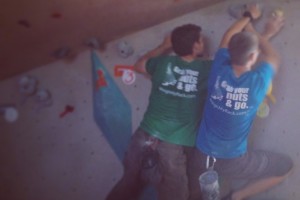 I didn't know the rules of the competition and I didn't want anybody to focus on me (and my performance) but I felt I had to accept...
Copyright 2013-2018 WeighMyRack LLC
Back to top
Backcountry has 25% off gear & REI has 22-60% off in the Outlet. See the list of over 20% off gear here
%d bloggers like this: