There is no marketing BS spewing from the mouth of Metolius Founder and President Doug Phillips, the most humble man I know. When I asked him about the new FS Mini II he simply replied, “the differences are pretty subtle.” He barely even hinted that the new carabiner took weeks and weeks of design and testing. Metolius may not brag about their work, but at WeighMyRack when we see a new enticing piece of gear, we want to talk about it.

The FS Mini II is 1 gram lighter than it’s predecessor, weighing in at 22 grams (the same weight upgrades as the newly revamped CAMP Nano 22). This ensures it’ll keep it’s title as a top 3 lightest carabiner tied with the Nano 22 and just a few grams short of Edelrid’s 19G.

Update: Now that the Mini II is out, we noticed that the weight is reduced, but not quite enough to put it in the 22 gram category. Its official specs say 23 grams.

The gate opening is 1 mm larger than before, at 18 mm. The Metolius team accomplished this by shortening the bottom of the carabiner, elongating the gate and increasing the length of the top basket. This also resulted in a steeper nose angle. This is particularly beneficial to ensure that whatever is clipped into the ‘biner slides to the spine where the strength of the carabiner is, instead of getting hung up on on the nose.

The FS Mini II also gained a hooded nose. This is great for preventing unwanted rubbing which can cause the gate to open unintentionally. It also helps to prevent the carabiner from snagging on your harness as you rack and re-rack your cams.

This photo comparison really doesn’t do justice to the curves of the new svelte FS Mini II. 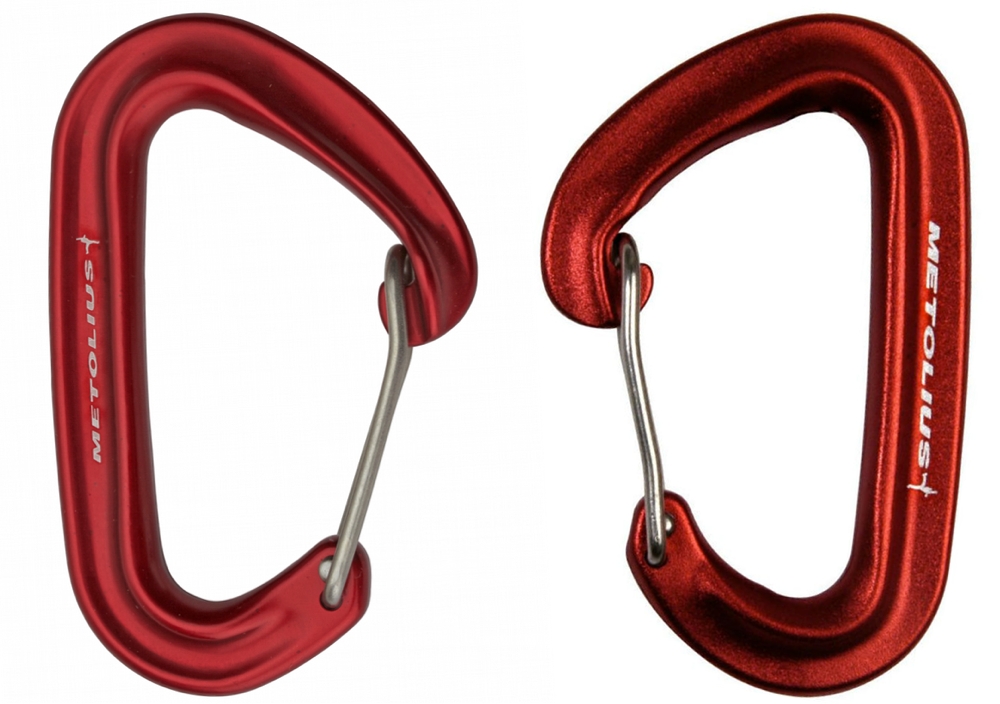 The whole upgrade process took approximately 8 months, with weeks of tweaking the design and then getting prototypes from Taiwan. To get a carabiner designed, the manufacturing facility must make the prototypes exactly as they would in production. Specialized, and expensive, tooling needs to be made even if it’s just to vet a simple change.

It takes roughly 6-8 weeks to get a prototype made and shipped to Oregon, when it’s time for testing. Doug smiles when he says, “you know what you want but you get it back and you have to break a lot [of carabiners to find] where and how they fail.” After testing is complete, the design is fine-tuned and sent out for another round of prototypes. Fortunately, with so many years of experience, Metolius usually gets the result they are looking for on the second iteration.

Once the design is complete and UIAA/CE certified, it’s ready for production. After the carabiners are assembled in Taiwan, each one is individually looked over and proof tested at the Metolius Headquarters. It’s worth noting that carabiners are one of the few pieces of hardware that Metolius does not product in Bend, Oregon. The (upgraded) Master Cams, Ultralight nuts and hexes, along with most other hardware, are still manufactured and tested in Oregon (curious? check out our post written after taking a tour at Metolius).

The FS Mini II is getting a drastic price cut from $7.50 a piece to $5.95. Despite significant time in R&D and money spent on new tooling, a new manufacturing process has enabled a price savings that Metolius is passing along to climbers.

Compare the price of EVERY carabiner at:
WeighMyRack.com/carabiner 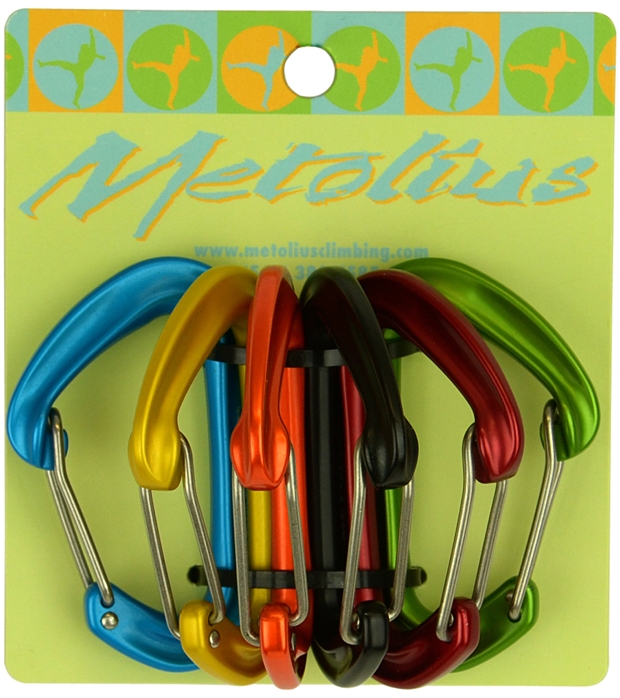 The FS Mini will also come in a standard quickdraw version with an FS Mini on each end. The dogbone will be an 11 mm Dyneema sling and include a keeper on the bottom carabiner (Metolius calls this a JIG) that prevents rubbing on the sling and keeps the carabiner from flopping. The quickdraws will be available in two lengths, 5″ and 7″, for exactly the same $14.95 price (yup, same price, two sizes):

Metolius will also be releasing FS Mini II Long Draws. The long draws will not include a plastic keeper like the standard quickdraws but they will be joined by the same 11 mm wide Dyneema sling material. The lengths are:

We’re really excited about the FS Mini improvements. Although we haven’t had time to put the FS Mini II’s through a full test, playing around with them at the Outdoor Retailer show indicated that these subtle design changes can achieve big usability improvements. The hooded nose, larger gate opening, lighter weight, and steeper nose angle will surely help the FS Mini II become even more popular than it already is today.

If you had previously shied away from the FS Mini’s, they’re worth a second look. And if you thought the previous FS Mini’s were great, then you are really in for a treat with the FS Mini II’s.

The official delivery of the FS Mini II’s is July 1st.

Here’s where you can get every version of the FS Mini available today:

[…] FS Mini II – Coming in about a gram lighter, with a 1mm larger gate opening and a lower price, the FS Mini underwent a bunch of changes and seems to be better in every way. Video and story here. […] 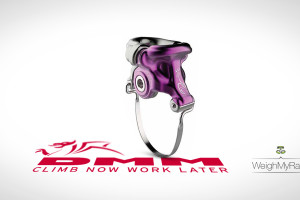 Although it may not look like it, DMM's Grip performs like a regular tubular device. A single-stranded, magnetic and spring-loaded...
Copyright 2013-2018 WeighMyRack LLC
Back to top
Backcountry has 25% off gear & REI has 22-60% off in the Outlet. See the list of over 20% off gear here
%d bloggers like this:
We use cookies to add buying options and for analytics. By using this site we assume you are OK with that (scroll to accept). Cookie PolicyOk