How to Inspect a Climbing Rope 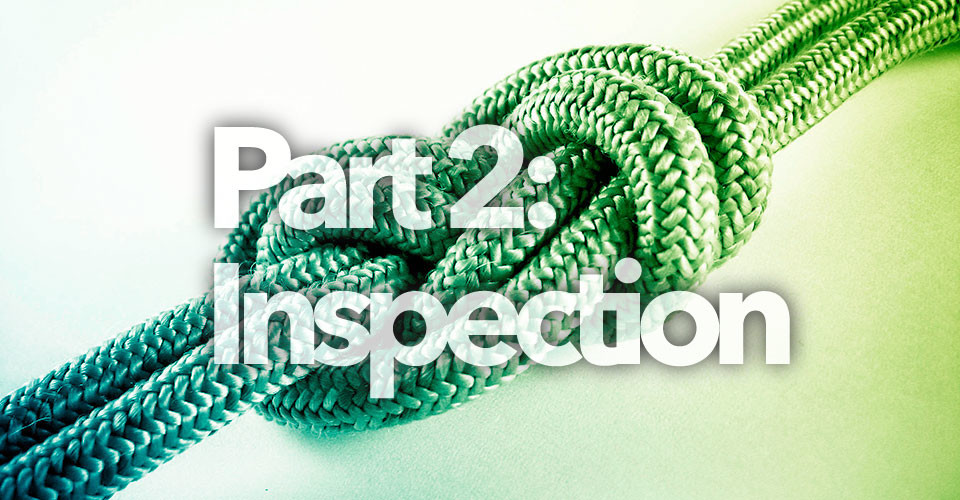 Inspecting a rope is going to be the most helpful step in determining when to retire your rope. Knowing what to look for and the potential downfalls will also allow you to increase your ropes longevity as you learn what situations to avoid.

Although it is difficult to visually determine the energy absorption performance remaining in a rope, it is quite simple to inspect a rope for damage. The British Mountaineering Council (BMC) has put together a short and simple video that discusses how to inspect your rope and the signs that indicate severe damage.

How to: Check a Rope for Damage

Signs and Symptoms of Damage

Stop climbing on your rope if any of these are present.

Here’s a page from Beal’s rope rulebook, that shows some good examples of the rope deformations mentioned above: 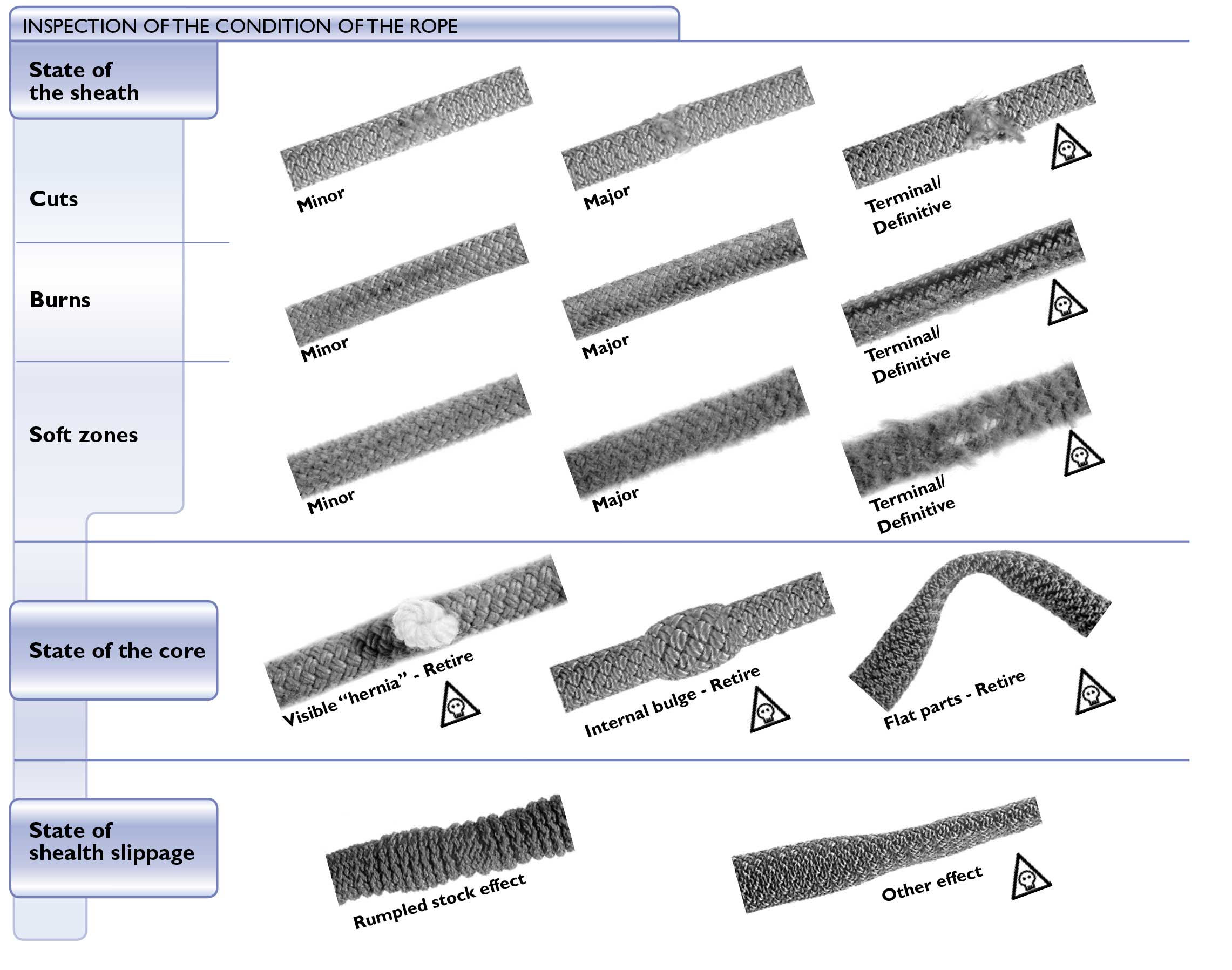 Check out the full PDF from Beal

It all Comes Down to Inspection

An inspection doesn’t mean you need a pen and clipboard, nor does it need to take a long time. In fact, it can take very little extra time if you inspect your rope before each climb as you flake it out, and after each climb as you pack it up for the day. While you’re belaying, take note if you feel or see any inconsistencies in the rope, and inspect that area closely after the climb. This simple practice of being aware of the current condition of your rope could save your life.

Now if you want to really geek out on rope age and how that relates to retirement, check out Part 1 of or Rope Retirement Series – When to Retire your Rope: Longevity.

Or, if you realize it’s time for a new rope, check out every single rope that’s sold in the US (which includes a majority of the ropes sold in Europe too) at www.WeighMyRack.com/rope. There’s over 560 ropes available once you mix in all the bicolor and dry options.

When Should You Retire Your Climbing Rope? | WeighMyRack Blog

[…] Find out how to inspect your rope in Part 2 of this post – When To Retire Your Rope: Inspection. […] 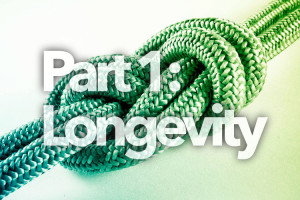 After hearing loads of contradictory opinions regarding the lifespan of climbing ropes, we wanted to get to the bottom...
Copyright 2013-2018 WeighMyRack LLC
Back to top
REI's Annual Sale: 20-40% off Huge Moosejaw Sale: 25% off climbing The Best Climbing Sales: All over 20% off
%d bloggers like this:
We use cookies to add buying options and for analytics. By using this site we assume you are OK with that (scroll to accept). Cookie PolicyOk