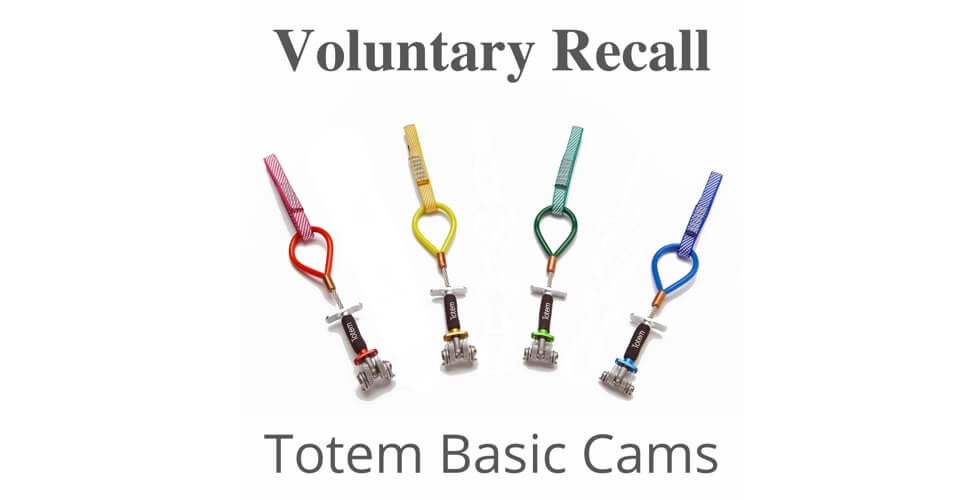 Totem is voluntarily recalling all Basic cams with serial numbers starting from 1706200 to 1733205. This only affects cams manufactured between Feb 7th and Aug 15th, 2017.

This voluntary recall does not affect Kailas Nuco cams nor does it affect the Totem Cam cams. The only affected cam’s are the Totem Basic cams–the ones that look like CCH Aliens (though this is a totally different issue than the original Alien recalls).

Where you can find the serial number 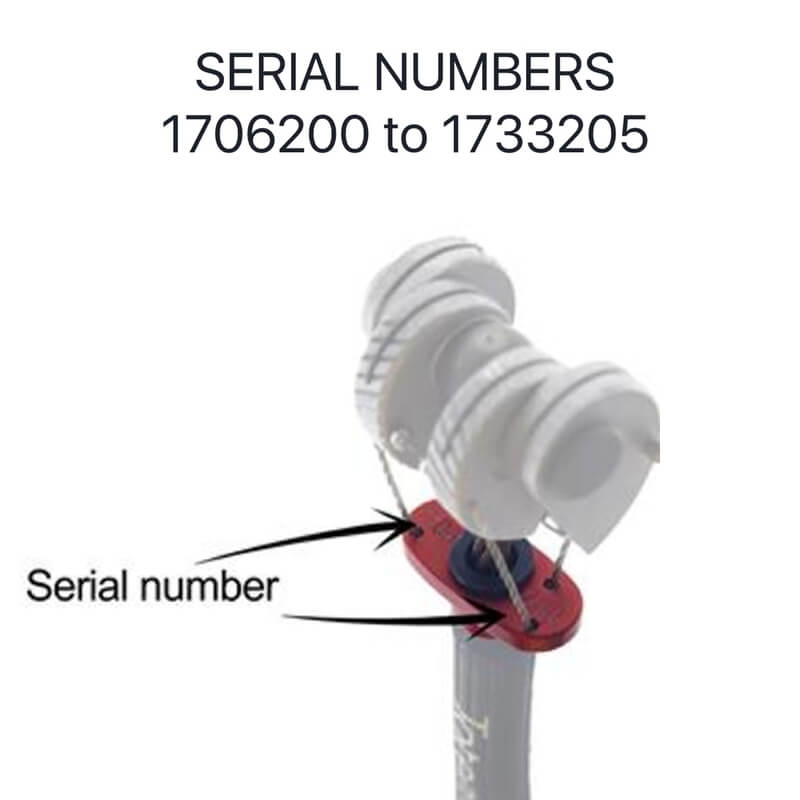 The issue is on the stem where the steel cable is brazed. This area is CNC machined and a change in the machining process led to a change in a surface condition of the stem and to poorer brazing properties.

Totem estimates that 2% of the units created since February 2017 will have their strength drop to 6-7 kN.

The Totem Basic cam has always been individually tested, but only to 5 kN. This ensures major defects are not present, but was unable to catch the 6-7 kN drop compared to the expected 9-11 kN. It was only though a more thorough review that the issue was caught.

Totem has temporarily stopped production until they can correct their processes and put into place a more rigorous process for testing.

It’s worth noting that no issues have been reported by climbers. We give Totem serious credit for their openness and honesty in this process and we’re proud of their proactive approach to fix this quality control issue.

What to do if you have an affected cam

Send Totem an email to recall@totemcams.com and they will commence with the recall process.

Currently there is no ETA for receiving replacement cam(s) as Totem Basic cam production has been halted.

Totem is awesome for putting this out there early, before an in-use issues have been reported. They’ve even created a post on Mountain Project where they’re answering additional questions. If you’d rather send a non-public question, you can email recall@totemcams.com. 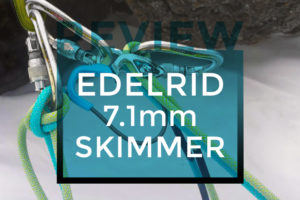 WeighMyRack's ice climbing ambassador Kirk Turner reviews the Edelrid Skimmer 7.1mm Pro Dry ropes after an icy season in Montana...
Copyright 2013-2018 WeighMyRack LLC
Back to top
Backcountry has 25% off gear & REI has 22-60% off in the Outlet. See the list of over 20% off gear here
%d bloggers like this: