The WeighMyRack team is impatiently waiting to get our hands on a Revo for an official climbing test, but until that happens, we’re still geeking out on the details.

The Wild Country Revo is the first bi-directional brake-assist device. Not just lefties should care (and rejoice!), this means there are significant user benefits in terms of increasing safety (detailed out below).

We hear a lot of climbers curse mechanical brake assist belay devices talking about how it “ruins” climbers and makes them ill-suited to belay in other situations. The beauty of the Revo is that while belaying you move the rope exactly as you would a normal tuber belay device.

Since the Revo only hold a single rope, it’s best suited for single pitch climbing whether that’s trad, sport or top-rope.

Revo Handling and Use

Visually, the only difference of the Revo back to front is the plastic catch that allows you to open the device. The Revo can be held, opened, and threaded in either direction without any issue.

The only difference from the front and back is the black catch that opens the device.

This catch is quite hard to open accidentally, but if that does happen, the belay carabiner holds the device so it can’t fully open, and the device will still function while partially open. Wild Country has tried to make the Revo incredibly safe by thinking of all the possible misuse cases. For example, there is only one possible way the carabiner will clip into the device, and most notably, the device can be used in either direction.

Here’s a simulation of loading the rope from either side:

This short clip is from Wild Country’s original Revo video.

Rope handling with the Revo is expected to be smoother than most belay devices because there is no constant friction or squeezing of the rope from the device, the center wheel spins freely when the brake is not engaged.

The Revo will hold a wide range of single ropes from 8.5mm – 11mm. And, unlike most devices, the diameter of the rope won’t dramatically affect the operation of the device. The texture of the wheel required significant R&D to ensure the correct amount of slippage so it doesn’t brake instantaneously but stops quickly without damaging the rope sheath.

One of the coolest parts of the Revo is that, if you’re handling the device correctly and belaying as you would with a normal tuber, you likely won’t ever experience (or need to experience) the assisted lock. The only time the assisted lock will be automatically activated is when you have a bunch of slack in your brake hand and you’re about to give rope to a climber when they fell. In this case, the Revo will lock (there will be an audible click) based on the speed of the fall (locking at 4 m/s) instead of needing feeding all the slack through the device as is the case with a tuber.

If you scroll to 1:24 in the video below you can see the Revo catching the rope even with slack in the system:

To disengage the brake when the rope is loaded, the goal is to move the jaw back into position which can be done by pulling down on the dead end of the rope. Or, you can do a back-payment of rope to disengage the Revo.

Similarly to how the device locks, you can also manually engage the jaw to have the Revo lock when your climber takes a rest. Once you engage the jaw it’ll hold the climber within 1 rotation of the inner wheel. As with all brake-assist devices (GriGri, etc), you must continue to keep your brake hand on the rope.

Admittedly, we’re waiting to see what the 4 m/s braking speed is really like while paying out slack. Doing a back-payment of the rope seems like it could be cumbersome if the device feels “catchy.” We’ll hope it just takes a short amount of practice, similar to using a GriGri for the first time, before you can ensure you’re giving your climber a smooth belay.

Available Exclusively at REI (for now)

See the REVO at REI

For the most part the Revo is hot-forged aluminum, which includes the side plates and the textured wheel. The catch is injection molded as are a few other parts. The jaws, which are the only part of the device that receives friction from the rope, are cast steel.

Exploded View of the Revo, via computer rendering

Overall the Revo comes in at 245 grams, which is a golf ball heavier (~50 grams) than comparable devices like the Petzl GriGri + and Trango Vergo. It is lighter than the CAMP Matik which is 276 grams thanks to all its steel parts. That said, if you’re just using the Revo for single pitch climbing it’s unlikely this added weight will make a big difference in your experience.

The Revo was envisioned by a mountain guide / designer based in northern Italy who experienced a bad fall situation with a friction-style assisted braking device. He wanted the intuitive handling of tube-style devices where it’s just you and the rope — no interaction with the belay device once it’s loaded, but wanted to sort out all the common modes of failure.

So 4-5 years ago, after talking with other guides and climbers, he started working on all sorts of ways to brake the rope. The initial prototypes of the Revo were enormous; they were literally an 800-gram unit held in a vice in his workshop but they simulated the bi-directional mechanism, showing what was possible.

In the last 2+ years, Wild Country has really been refining the concept,with a team working on it intensely. 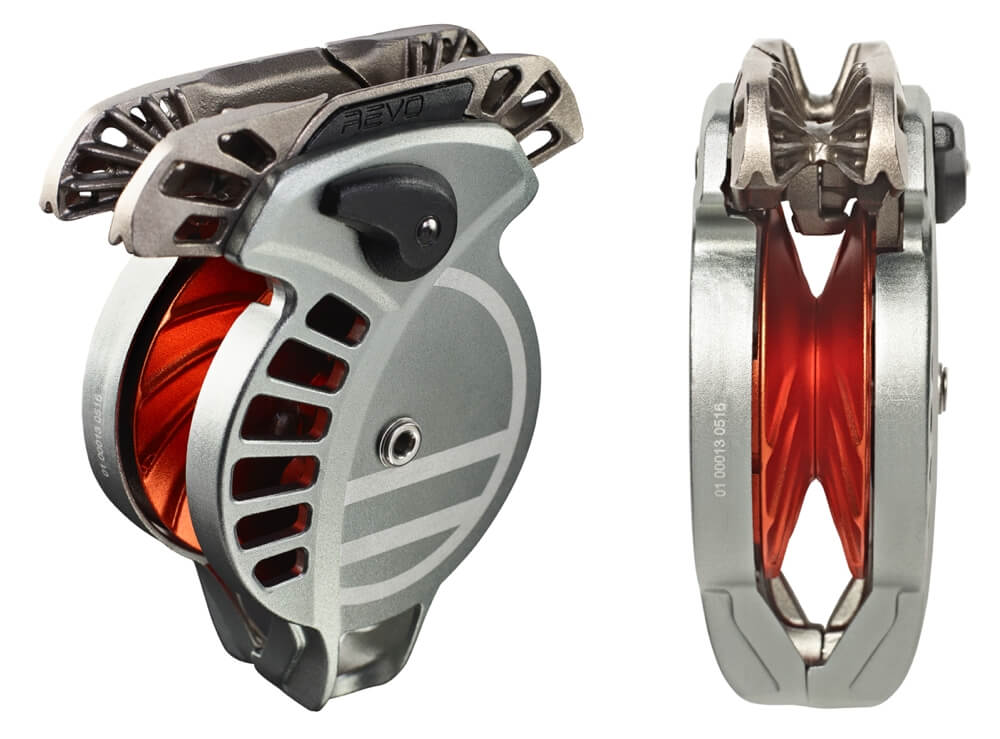 Wild Country Revo Front and Side

Originally the Revo was scheduled for release in May 2017, but that has been pushed back to later in 2017. We don’t know the exact date, but the whispers are that it’s still a 2017 timeframe with an announcement of more details “coming soon.”

Available Exclusively at REI (for now)

See the REVO at REI

James Blay from Wild Country summarized the Revo nicely, “You are literally just handling the rope, no levers or switches, and it’s panic-proof so essentially we feel like it’s the safest device that’s going to be introduced to the market next year.”

We actually email Wild Country every month to check in about the Revo and can’t wait to test it out personally. We have high hopes for smooth rope handling and we’re really excited to try a device this “revolutionary.”

I hear they had production issues and that’s why it’s taking so long to come out. Do you know if this is true?

6 months ago (around the original launch time) Wild Country told us that they thought they had it done, but then they decided to do some design modifications to better work with the wide range of rope diameters.

Assuming that’s the case and depending on the timing, they’d have to re-tool, re-certify, etc before launch, so that could lead to production issues. We didn’t probe too far into it, but it seems like any one issue would be compounding and it’s also possible other issues have come up since then.

REI now lists the Revo on their site for pre-order at $144.95. Do you know if Wild Country increased the MSRP on the Revo? or is REI increasing its price for pre-order demand?

Great question Darrell. We made sure to get the answer from Wild Country directly (thus the delay in reply). The price is now $144.95, it is not raised for the pre-order. Also, REI will be the only store carrying it in the US for Nov/Dec.

[…] to have but can be hard to justify the price. Similarly, if we weren’t already promised a Wild Country REVO for gear testing, you would have seen it on the […]

Rei just pushed the date back again to the end of december. I think i may cancel my pre order. Seems like the device is not reliable and they dont want it to hit the market. I just wouldnt feel save using it now. Ill stick with my ATC

No sooner did i post that I got a confirmation email its just been shipped haha. So rei does have them now

Are there any Updates on the REVO? I was hoping to get it for christmas.

Hi Rosie, The REVO is moments away from being available at REI. REI’s REVO link is back up (it wasn’t a few days ago), but the “buy” button has not been enabled yet. I’ll update as soon as I have concrete information. 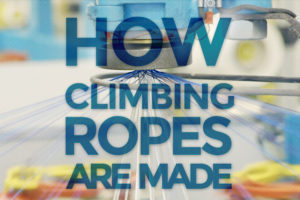 Earlier this year we travelled to Germany and toured Edelrid's headquarters and rope making facility. We asked them to walk...
Copyright 2013-2018 WeighMyRack LLC
Back to top
Backcountry has 25% off gear & REI has 22-60% off in the Outlet. See the list of over 20% off gear here
%d bloggers like this: