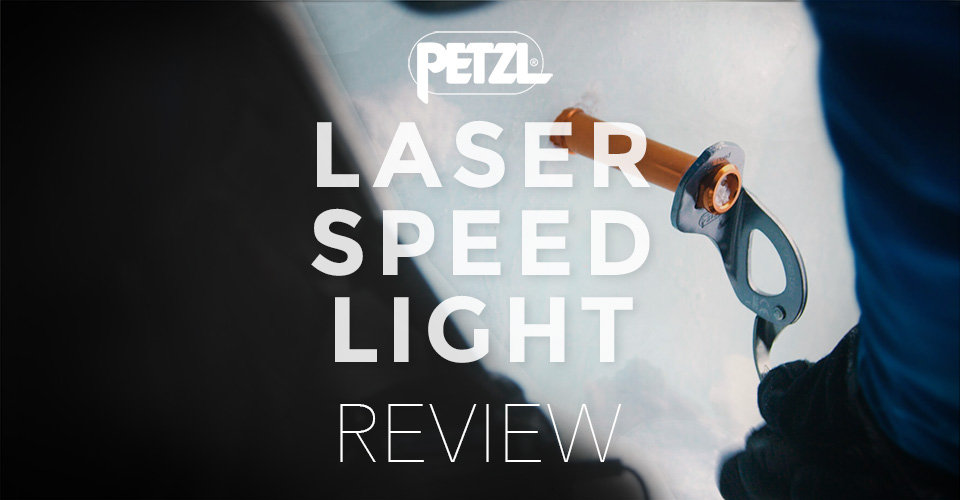 After many years of climbing frozen waterfalls and alpine ice around the world, I’ve had the opportunity (necessity) to try ice protection from various manufactures. Like many, I’ve tended to prefer the Black Diamond Express screws as my standard “go to.” For one reason or another, I’ve had a long 20cm Grivel 360 ER screw for placing V-threads on my harness as well but, the last several seasons my rack had almost exclusively been a variety of BD Express screws, heavy on the 13cm version. That is, up until now.

Wanting to decrease the weight on my harness, I decided to try the Petzl Laser Speed Light screws. At 91 grams, as compared to the 134 grams that I had in the comparative size BD Express (13cm), the weight savings alone made me psyched to experiment. I’ll give my short, simple and general impression on aesthetics and design first and then, my impression about overall performance.

I recently went on a trip to Canada’s Ghost River Wilderness and took a rack the Laser Speed Light screws (4- 13cm, 4- 17cm and 2- 21cm). On the days we climbed, the average temperature was between -10 F and -20 F and I’d describe the ice as dry, brittle and a bit sublimated. Because the route we were climbing was unique to protect, and the ice conditions reflected how cold it was, even with a bolt or two for belays we opted to also take a few BD Express screws. All were relatively new and very sharp.

At first glance, the Petzl screws racked well and hung on a standard ice clipper normally but the weight (or lack of) was immediately noticeable, as expected. It was like they weren’t there. Literally. The hangers have a large clipping hole and were very easy to get on and off the ice clippers on my harness. I liked having the bright and distinct color coded plastic crank lever and felt like the opacity of color would end up being quicker to see and decipher than the metal version. Maybe it’s just me but over time, the metal cranks on my other screws have tended to wear during normal use and turn to silver in a couple seasons. The crank lever handle on the LSL was a nice shape for cold fingers in a glove and was easy to pinch while getting a screw in as efficiently as is needed when the climbing is “sporty”. Overall, the length of the lever, the ergonomic value of using the lever relative to the efficiency of the placement were all as good, if not better than other screws I’ve tried. 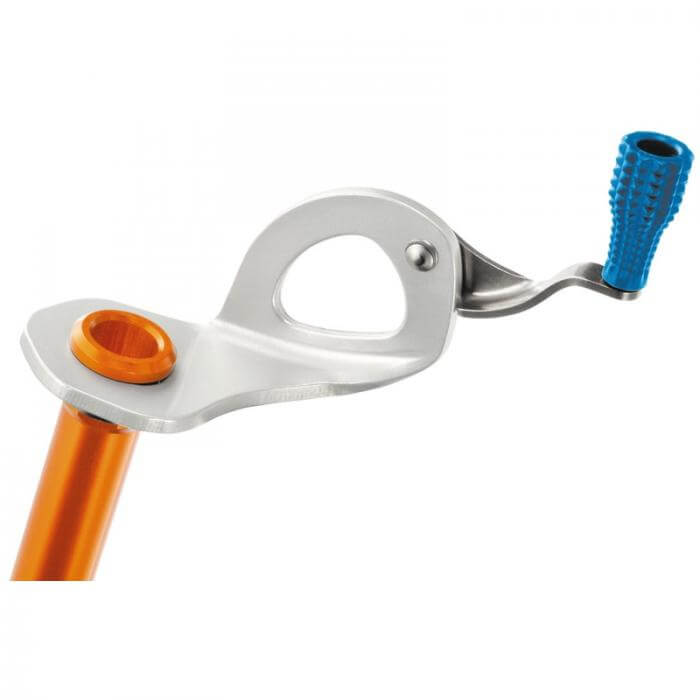 Next, when I placed the screws over the days we were in the Ghost Wilderness, I was exceptionally impressed with how quickly the screws started, and how the weight had an effect on those critical initial turns. When placing other screws, the initial turns to get the teeth to bite almost always require a moment when I have to let the screw go and hope it stays put while I readjust my hand to get it to enter the ice enough to start using the crank lever. With a bunch of weight, and the most at the hanger, that seemed to be a more precarious task than with the Petzl screw. A couple of twists to get the screw to bite and they seemed to stay put, even in the dry and sublimated conditions we had. For me, to readjust and quickly continue to place the screw was reliably easy. 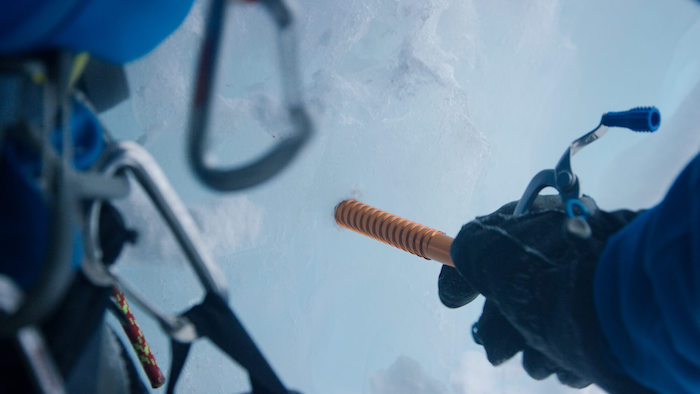 I was also very grateful for the ease at which the Laser Speed Lights placed and how efficiently I could get the screw in the ice, to the hanger, and clipped. The steel and aluminum junction seemed seamless which had initially worried me. The concern was that if the two separate pieces were misaligned, even in the slightest bit, the ice would enter the screws core with resistance, making turning the screw difficult. This concern was a non-issue. As I’ve stated, I don’t have seasons… or even a ton of days on these yet so, only time will tell but, so far, they placed extremely quick and easily. It seemed the hangers on the Petzl screws are shorter in overall length than other screws I’ve tried, as well. Because of this, placements required less cleaning of surrounding features to turn them all the way to flush on uneven or chandelier ice. The only thing I did notice was that the aluminum felt slightly “stickier” at times in the extremely cold conditions than the steel screws on our rack. However, I only noticed this during one or two placements, and only during the coldest part of the evening but, it’s worth mentioning.

All in all, I won’t be selling my Express screws any time soon but, I will be buying a few more of the Laser Speed Lights so that unless I find a significant reason not to, I can have a complete rack of those amazing screws hanging, barely noticed, from my harness for any and all technically difficult ice and alpine routes I do in the future. I’m indeed sold and think Petzl has set a new standard with these screws.

And, in the interest of full disclosure, I am not sponsored by Petzl but, I was sent this first batch of Petzl Laser Speed Light screws for free to try out. There were no expectations attached with the screws – I was just so stoked on them that I wanted to share my thoughts and, when WeighMyRack invited me to be a guest author, I thought this could be helpful information for other gear heads.

If you’re interested in the Laser Speed Lights, these are the online options with up to the moment pricing:

And here’s where you can find the Black Diamond Express screws mentioned as well: 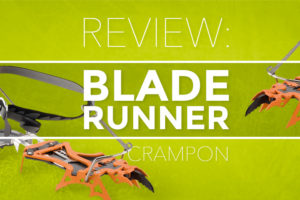 Pro athlete Jeff Shapiro is a total gearhead, always in search of the best tool to get the job done right. Recently...
Copyright 2013-2018 WeighMyRack LLC
Back to top
Backcountry has 25% off gear & REI has 22-60% off in the Outlet. See the list of over 20% off gear here
%d bloggers like this: