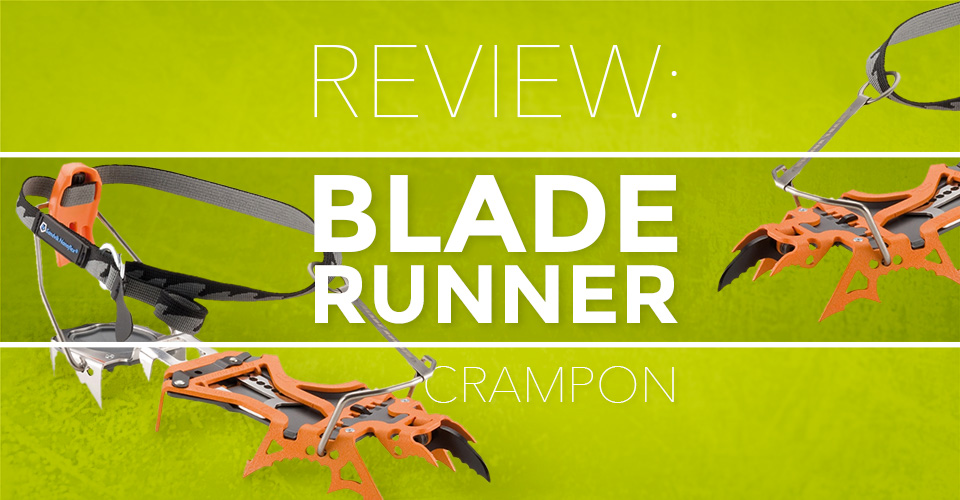 Pro athlete Jeff Shapiro is a total gearhead, always in search of the best tool to get the job done right. Recently he’s been hooked on the Cassin (CAMP) Blade Runner crampons and he’s here to share why.

I was psyched for the chance to try these bad boys and…. very curious after being told by friends how amazing they were. I’ve been climbing mainly on Black Diamond crampons for the past few years; I have been wearing and liking the Cyborg Pro crampon for big alpine routes and the Stinger for everything else. Honestly, I’ve had no complaints but, during a conversation with a friend about Cassin’s X-Dream ice tools (and how much I was liking them), he exclaimed that, “even better than their tools, the Blade Runner crampon will blow your mind!” I’ll admit, my ears perked up even though I was also a touch dubious. I’ve been loving my new tools so to hear that their crampons were even better was a bold statement.

When I got the Blade Runners, the first thing I noticed out of the box was the lack of a bar between the front and heel sections of the crampons; instead, there is a “step up.” After adjusting it for my boots (which was stupid easy and straightforward), it matched the bottom of my boot almost perfectly, making the crampon contour to the sole without the more common floating bar under my arch.

The heel slide integrates the linking bar with the heel piece adding stability and a more secure fit on modern boots with extra rocker.

I also noticed that among the really clean and well designed anti-bot plates, there were points in the key places under the ball of my foot and the center of the crampon (where a traditional bar is). I was instantly impressed and excited about this – almost more than anything else at that point. I absolutely hate standing on a mushroom or a blob of ice on steep ground and feeling insecure as plastic snow plates and the center bar slips, slides and flexes with no secure purchase or traction. At one point several years ago, I climbed in Charlet Moser M10 crampons which, had these small traction points under the ball of the foot. Their rubber anti-bot plates made them useless but, without the plates, the crampon was brilliant. I was glad to see that Cassin had improved upon that concept and pleased that along with good traction points, the anti-bot plates were well thought out and didn’t hinder those points. 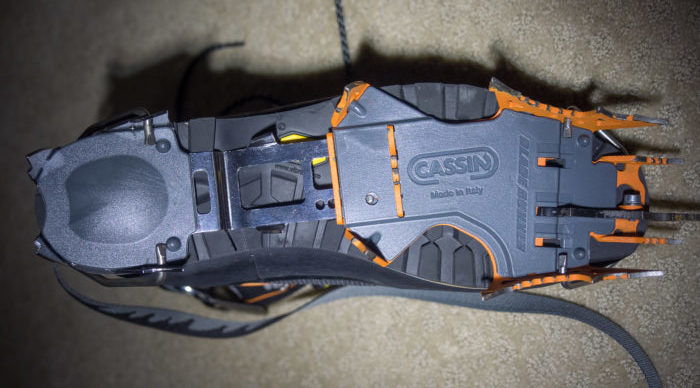 The Anti-bot plates are made of durable polyurethane. Photo borrowed from Mediocre Mountaineering’s Blade Runner review.

The heel lever was easy to fine tune to my boot, done in a similar fashion to other crampons in it’s class. Once on, I noticed that the platform seemed more rigid than the other crampons hanging on the wall, probably due to the mix of both vertical and horizontal frame components and a more hearty connection between the fore and aft sections of the crampon. The way they contoured to the bottom of my boot, along with the torsional and length-wise stiffness, I figured they’d be both agile and feel connected but also supportive enough to reduce fatigue. Standing in my gear room, it was just a guess but, it made sense enough to have me pretty stoked. Only thing left to do was to get out and on some ice! 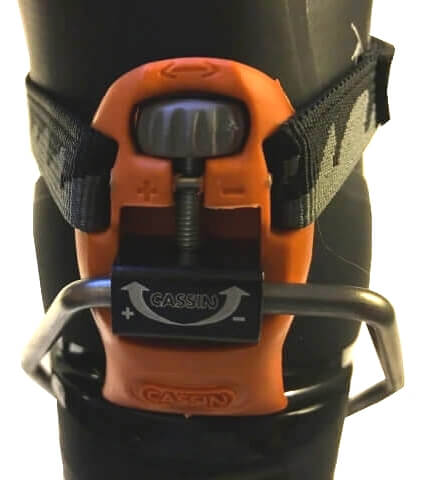 The first route I did with them was the Real Big Drip in Canada’s Ghost River Wilderness. It’s a really cool, 6 pitch route although, it seems most people only do the first 5. The RBD has a first pitch that’s an honest M9 with a bit of WI6 at the top, followed by a pitch of tricky WI 6-7 (depending on conditions and line). Another pitch of mixed M8-ish leads to pulling a wild curtain and onto straightforward grade 5 ice. Once established on the upper ice, it’s straight forward “up”. 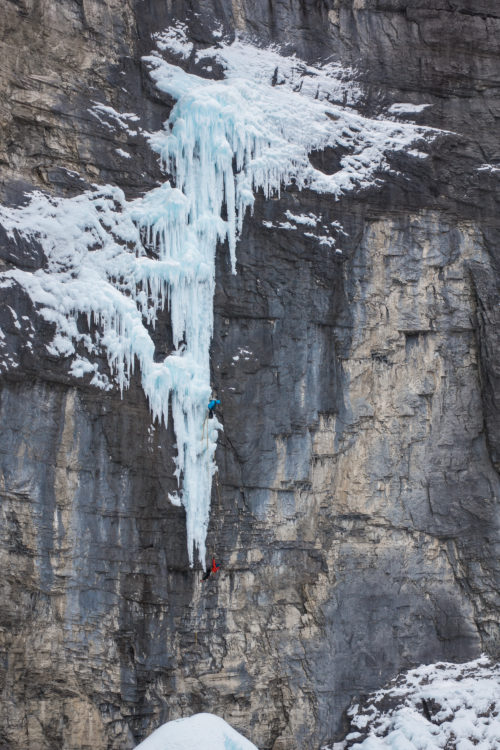 The Blade Runner was precise and indeed felt connected to my feet. I liked the way they climbed rock but, what I really wanted to know was how they handled tricky ice. This….is where they really shined. In my opinion, it’s on steep ice of various quality and character that they stood above the rest. As we got into the chandeliers and scallops that make up the majority of the second pitch (and the end of the 1st), standing on scallops, blobs and mushrooms, my thoughts turned out to be correct- the traction points under the ball and middle of my foot made standing anywhere in the center of the crampon much more secure.

Also, the secondary points, and where they’re oriented on either side of the mono point, made it easy to get great purchase while trying to be delicate around smaller diameter chandeliers. My last crampons had a distance between the mono and the secondary that made kicking anything narrow and rounded about breaking a small foothold as the radius would either bounce off the toe of my boot between the mono and the secondary or, the mono would fracture the radius. With the Blade Runner, I could get points, if done with care, to stick and not make breaking the only daggers I had to step on a necessary evil. 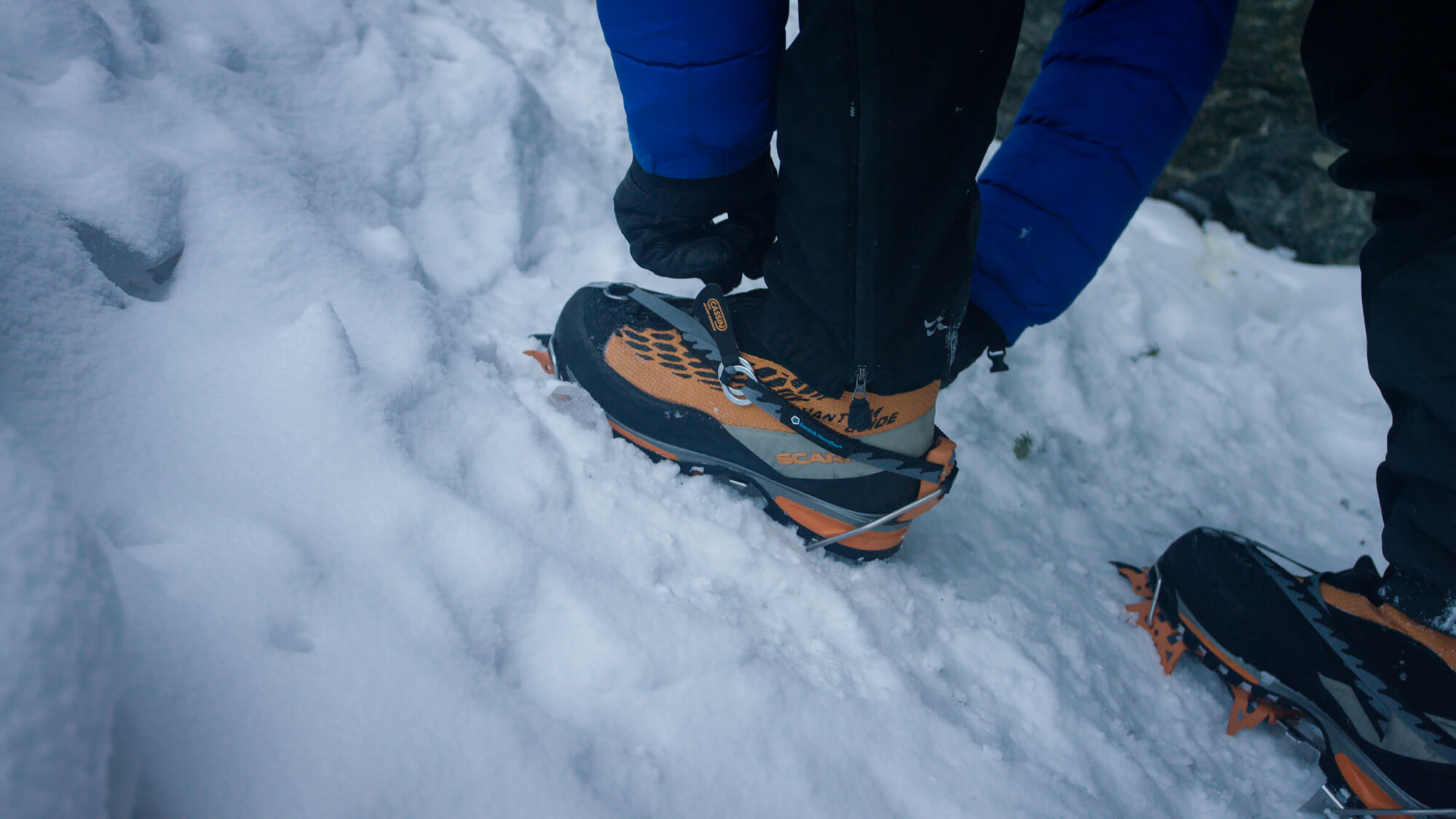 On straightforward steep ice, they were easy to trust, required minimal “kicking,” and I felt secure while standing on my feet without any need to “get used to them.” A wide platform and stiff under foot, they took very little effort to feel stable, heels low, and relaxed. To me, it was noteworthy, and worthy of me writing this review: I felt confident on my feet during the very first route, and a wild route it was! In my opinion, Cassin has another winner with the Blade Runner Crampon and I for one, couldn’t be more psyched to have, and to be climbing with a pair of these weapons.

Curious about the Blade Runners?

Click to see more stats and reviews on WeighMyRack. Or if you’re already sold, here’s where you can find the Blade Runners and their current price:

When and How to Clean Cams (SLCD's) 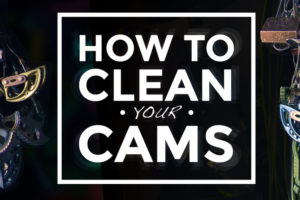 When and How to Clean Cams (SLCD's)

When to clean your cams When their performance starts to decrease you hear grinding the mechanisms feels...
Copyright 2013-2018 WeighMyRack LLC
Back to top
Backcountry has 25% off gear & REI has 22-60% off in the Outlet. See the list of over 20% off gear here
%d bloggers like this:
We use cookies to add buying options and for analytics. By using this site we assume you are OK with that (scroll to accept). Cookie PolicyOk