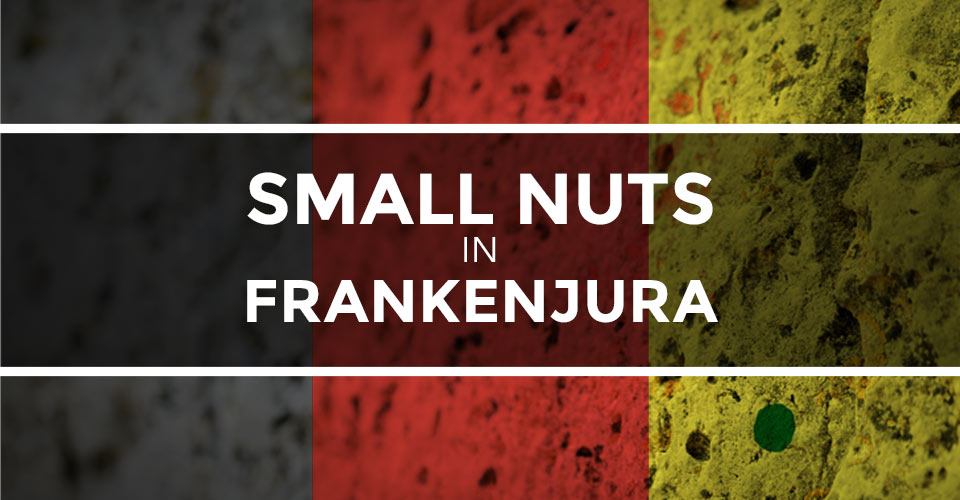 A story of bucking the norm and going for the impossible. Thanks to some small nuts, this tale comes from our favorite, best, and only British guest author Robbie Phillips.

When Pete Whittaker and I went to Frankenjura, Germany’s most renowned climbing area, last year, little did we expect that we’d be trad climbing. Who goes tradding in Frankenjura? This place is one of the sport climbing meccas of the world. This was where 9a was born!

A sampling of Frankenjura sport climbs, to get a sense of the place (missing from video: Robbie Philips).

Whilst chatting away with one of the locals, he pointed us towards a classic of the Frankenjura crags, The Peacemaker. It was a sandbagged 7c+ (5.13a) classic in movement, aesthetics, and history. Legend had it that there was some battling factions of climbers at the time of the First Ascent – The Peacemaker may not have been as peaceful as the name would suggest.

We were told that The Peacemaker had been attempted in greenpoint style (leading a sport climb using only natural protection, no bolts or pins) a few times over the years by local climbers. Instead of chopping bolts, greenpointing the climb allowed them to traditionally protect sport climbs for a different experience. But nobody had got that far on it, as protecting the upper half was challenging and might result in a large and potentially nasty fall from the crux at around 30m! We weren’t looking for a trad climbing challenge; we were in Frankenjura to sport climb, but I guess the locals wanted to see if some Brits could sketch their way up a local un-climbed trad test-piece.

There’s no gear up there… you can get some cams in the undercut break, but then you just have to run it out to the crux! You might be able to place one wire in the crux hold, but it would be HARD!
– Frankenjura Local

Pete and I got to work; climbing it first as a sport climb, then taking our rack up to see what we could figure out. The first half of the climb was straightforward enough with a mixture of cams and nuts up a broken flake. Eventually you get to a huge undercut break where the final big cams were placed and from there, a typically Frankenjurian style of shallow pockets prevailed until meeting a flared crack just beyond the crux.

Pete shouted down to me:

“I can get these offsets in the pockets. They’re actually quite good!”

That was a nice surprise… I followed suit, taking the rack up with me and managed to fiddle in a few more. By the end of the work session, we’d mastered the gear placements and figured we could quite comfortably place about 13 small wire placements after the undercut break where previous climbers had decided to just gun it to the top…

It might not be a bolt, but there are 13 of them! It could be the number, but I was feeling lucky about at least one of them holding…

I wouldn’t say I’m a bold climber by any stretch of the imagination, but I’ve been able to climb some respectively bold climbs over the years having placed just enough small gear to convince myself that it has now become safe.

The Frankenjurian locals however are known badasses when it comes to running it out above bolts – some of the “old-school” sport climbs put up by Wolfgang Gullich, Kurt Albert and the likes are totally wild and insanely run-out – those guys were really hardcore! It’s interesting to me that their accomplishments in sport climbing are widely known, but that they in fact where some of the gnarliest traditional climbers around and put up first ascents of the most wild alpine big walls of the century – routes that to this day continue to sit amongst the upper echelon of alpine climbing performance.

Pete and I rested up, got our heads in gear and prepared ourselves for the climb. There was something really surreal about climbing The Peacemaker. Chilling out in the midst of the 5.13a crux headwall placing 13 small wires was hilarious; you have a bolt staring you in the face and instead you slot a small offset wire into a pocket, twist it and jam it off the roof of the pocket.

Gear: We mostly used Wild Country nuts, particularly the super small micro-like Superlight Rocks. I’m so glad to see these beauties back in production! We did also fit a small Superlight Offset Rock in as well, but I can assure you that there were no large nuts involved. 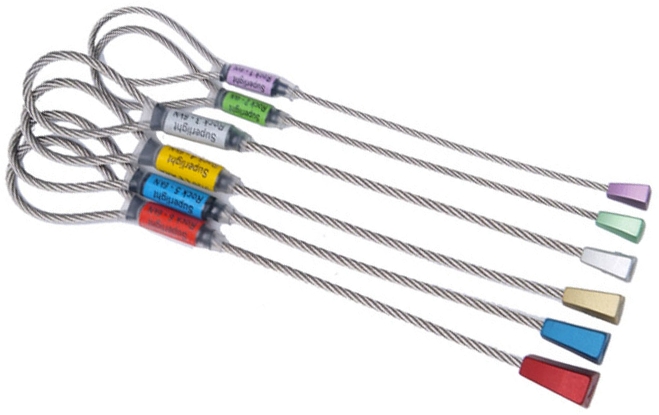 Final Note: I like trad climbing for the adventure and the diversity of challenge it offers. I had never thought to combine sport and trad – to actually traditionally protect sport climbs. It seems really pointless, but then again, isn’t all climbing a bit pointless?

Robbie Phillips is a professional climbing bum from Edinburgh, Scotland. Based wherever his white ford transit is parked, he makes a living from writing rubbish, talking crap, and looking fabulous! 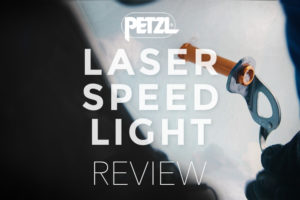 Jeff Shaprio is a pro athlete who's spent 20+ years on ice. Here he reviews the Petzl Laser Speed Light ice screws. After...
Copyright 2013-2018 WeighMyRack LLC
Back to top
Backcountry has 25% off gear & REI has 22-60% off in the Outlet. See the list of over 20% off gear here
%d bloggers like this: