The Newest Carabiners Hitting the Market in 2015

The trend in 2015 carabiners is clear: Most brands are adding a “price conscious” solid gate keylock carabiner and matching sport draw to their arsenal. This wave of new keylock biners has largely been instigated by a recent patent expiration, as well as the influx of gym and sport climbers entering the scene. The biggest difference you’ll find between this latest crop of sport-oriented carabiners and draws will be in the thicknesses and lengths of dogbones available.

You’ll also notice a trend of increasing strength. This is not because of any new UIAA or CE regulations, it’s part of a mission to create even safer gear. It’s also due to advancements in hot-forging technology and techniques. Designers are able to explore and experiment even more as they research the limits of what moving metal around can really do. We certainly expect this trend to continue.

In this post we go over all the carabiners coming out in 2015, as seen at the US Outdoor Retailer trade show (watch the video at the top of this post, or get the written summary below):

Updated from the Nano 23 wiregate carabiner

New keylock version of the Phantom wiregate carabiner and quickdraw 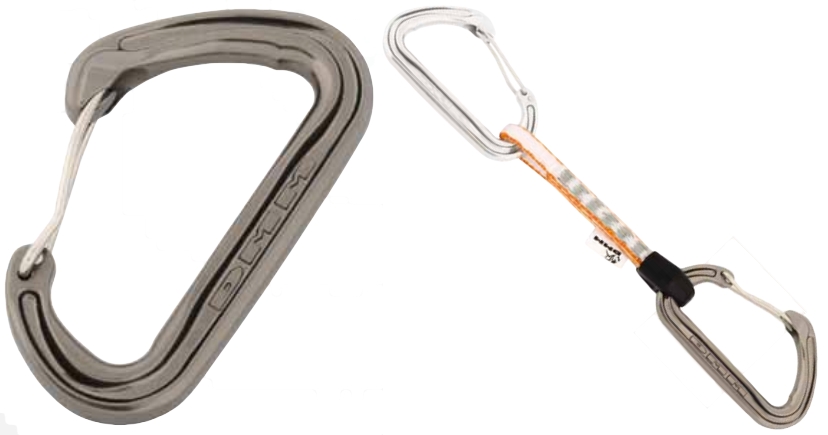 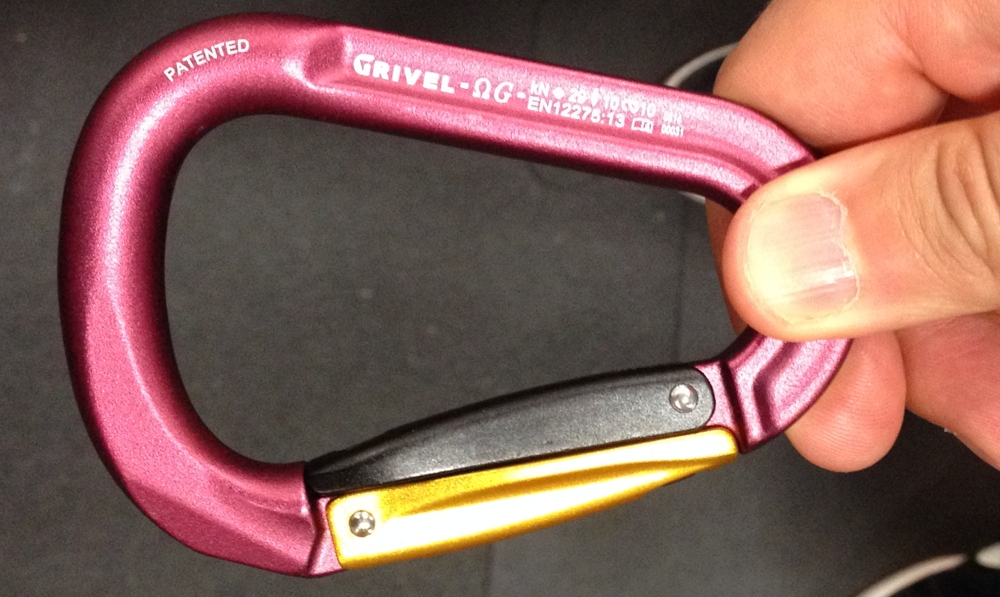 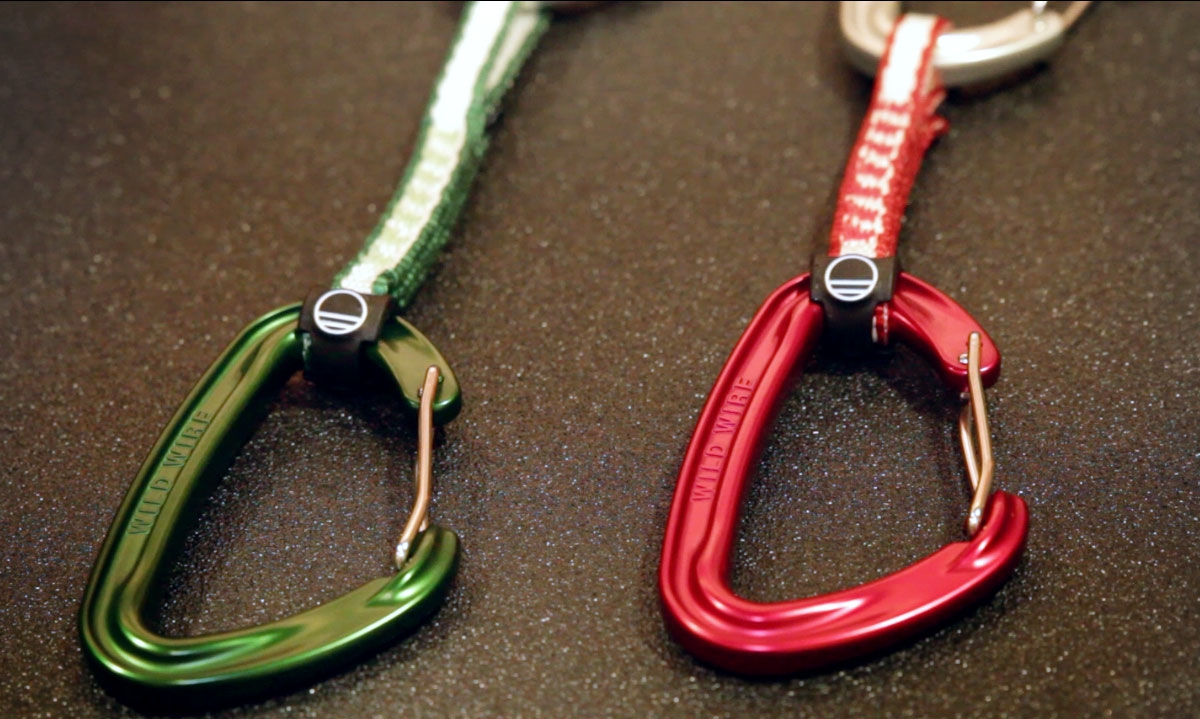 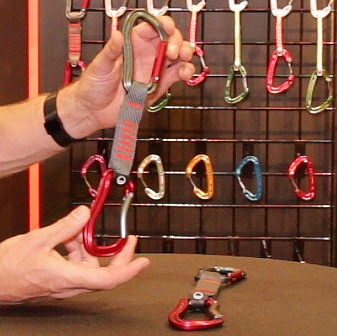 D…HMS…what does it mean?
Check out our post explaining carabiner shapes.

New carabiner unlike anything you’ve seen before. Note: this carabiner is not in the video at the top of the post. 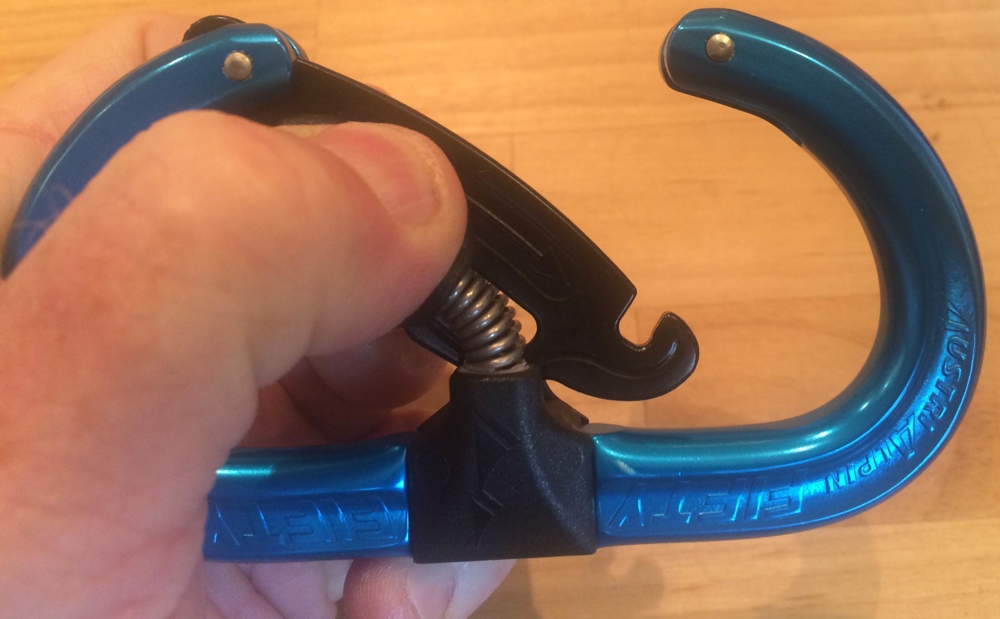 Photo thanks to Malcom Daly.

Can’t wait? Buy the current versions of the Phantom, Wild Wire or the Nano 23 now:

Updated Ascenders Hitting the Market in 2015

The Newest Belay Devices Coming to Market in 2015 | WeighMyRack Blog

[…] to next seasons carabiners, the trends in belay devices are definitely around safety. An increasing number of accidents both […]

Really interesting posts. Thanks so much for taking the time and effort. Greatly appreciated. 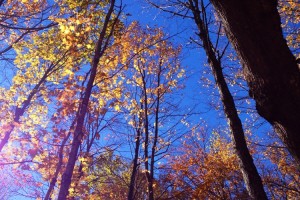 We embarked on a hike to get a final expansive glimpse of fall. Just a few steps past the trailhead we noticed the majority...
Copyright 2013-2018 WeighMyRack LLC
Back to top
Backcountry has 25% off gear & REI has 22-60% off in the Outlet. See the list of over 20% off gear here
%d bloggers like this: