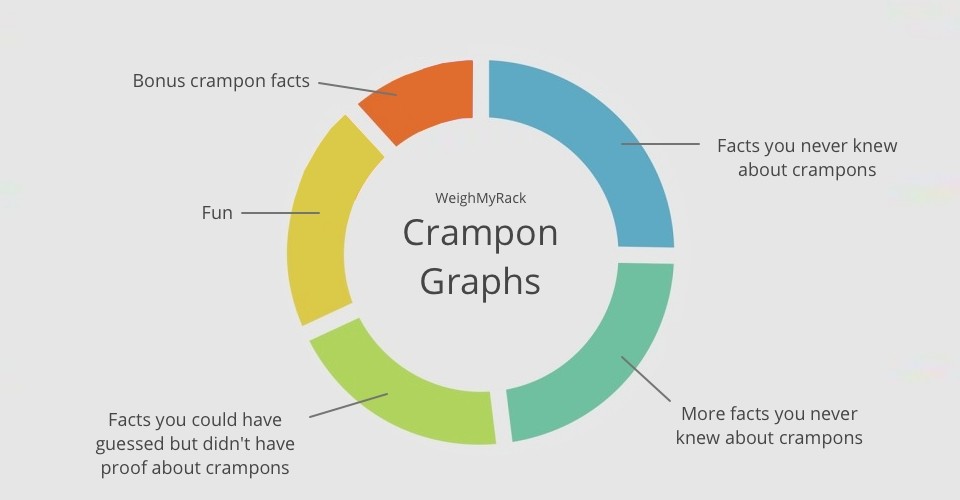 We’re in love with graphs at WeighMyRack. They can completely change how you visualize the gear world. We’re making more graphs to show exactly what the industry is up to so you can pick through all the marketing mumbo-jumbo. We took the 134 crampons available in Spring 2015 and went to work picking out all the details. Here’s what we found:

Grivel leads the pack by far in number of models produced at 21, and one of those options is the lightest crampon on the market, the Race.

Even though CAMP holds strong as the second most prevalent crampon brand, and 2nd lightest crampon on the market, Cassin looks like it has a low showing. CAMP and Cassin are essentially the same company, but since they are technically separate brands, they don’t benefit in distinguishing themselves as obviously in this graph.

We also feel Edelrid is a little misrepresented in this graph; their 3 crampons (Shark, Beast, Beast Lite) have an ingenious convertible binding system that comes with each crampon, making them equivalent to 7 crampons from any other brand.

If you count the numbers, you’ll find they add up to 181, not the stated 134 crampons we’re graphing. This is because some crampons have more than one best use. Many Racing / Ski Mountaineering crampons qualify as perfectly good Glacier Travel crampons and most Waterfall Ice crampons also appear in the Alpine / Technical Mountaineering category.

Automatic crampon binding systems have taken a slight lead due to the Racing / Ski Mountaineering category in which virtually every crampon is automatic.

NOTE: Included in the graph, but not in this binding graphic, are the two bolt-on models that bolt directly to your boot, the Petzl D-Lynx and Black Diamond Raptor.

Aluminum crampons are still in the minority due to their limited uses – racing, glacier travel, and light mountaineering. Being relegated to snow and ice (not rock) due to their more fragile nature, aluminum crampons are substantially less popular than their steel counterparts, despite the weight savings. A steel crampon’s burly nature will allow you to go virtually anywhere.

Some manufacturers are making hybrid crampons, mixing materials to capitalize on weight savings without sacrificing performance. The four hybrid models currently available are:

There’s always a best tool for the job, but how do you find it?

1. Pick the footwear your crampon needs to work with to determine the correct binding type.

2. Figure out where your crampon needs to perform. Some crampons have multiple best uses but it’s helpful to think about where you’ll use the crampon the most. This is also where you determine the type of terrain your new crampons need to be capable of traversing:

Once you’ve nailed these down, you’ve filled in almost all the blanks and it’s time to find the most reasonable combination of price vs weight. It is totally legitimate to have brand loyalty, color or style help make your final decision.

You can compare every crampon available and filter on
binding systems and tech specs at: WeighMyRack.com/crampon.

Head over to our ice screw graph post to geek out on screws.

We’re curious to track these trends into the future, along with other gear facts. If you think of a crampon comparison that we’re missing, let us know in the comments.

Only half the crampon brands are distributed in the US, they’re shown below:

The Newest Harnesses from Arc'teryx 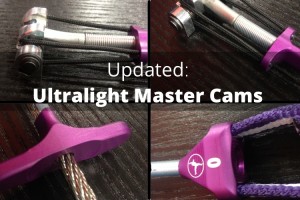 Metolius pulled out all the stops and re-designed their cams to ensure they definitively deserve their full title: Ultralight Master...
Copyright 2013-2018 WeighMyRack LLC
Back to top
Backcountry has 25% off gear & REI has 22-60% off in the Outlet. See the list of over 20% off gear here
%d bloggers like this: