You can thank Shauna Coxsey for the new Anasazi Pro. She’s the one that asked Five Ten to add a toe-patch to her favorite shoe, the low volume Anasazi LV. Part of 5.10’s Elite Team, Shuana’s been wearing the Anasazi on the World Cup climbing circuit, loving the fit but wanting more holding power for toe hooks and other tension moves.

What came out of her requests is the Five Ten Anasazi Pro with the same last, same Stealth C4 rubber, and same midsole as the normal Anasazi (men’s and women’s). Like the original Anasazi, it’s moderately curved asymmetry (not straight, not super curved) with a moderate amount of downturn (not crazy downturned nor is it totally flat). 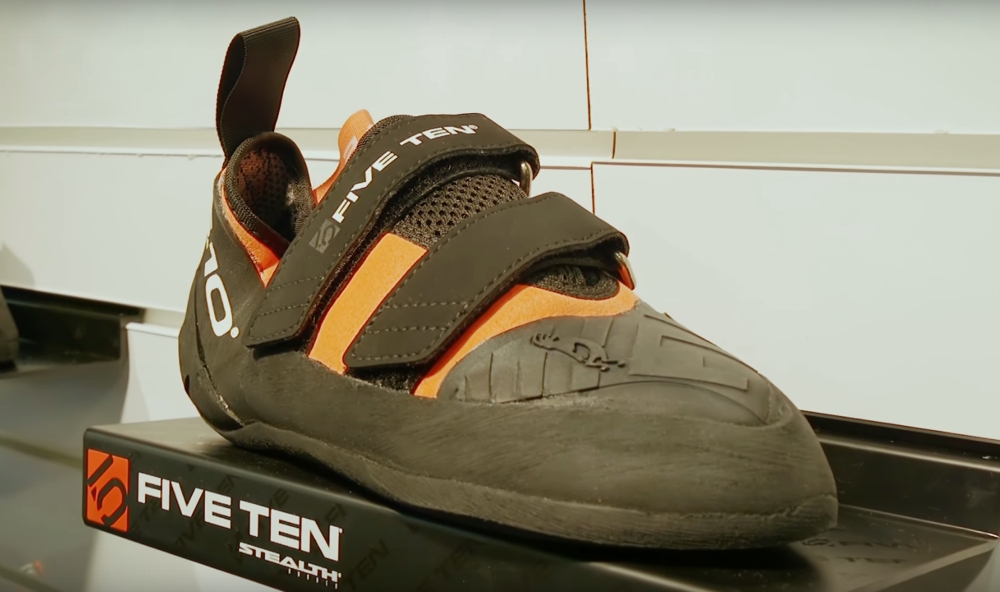 There are really only 2 mentionable changes and the first is obvious: the new toe-patch. It uses MI-6 rubber, which is Five Ten’s softest and stickiest rubber.

The only other structural change to the shoe is the addition of a little more heel tension, which helps push your foot into the toebox for a more snug (and depending on how you size the shoe, aggressive) fit.

Compare the Anasazi Pro to every other Climbing Shoe Available
http://weighmyrack.com/shoe

The Five Ten Anasazi Pro will be coming in both a men’s and a women’s version. For the women’s low volume version you’ll notice the toebox is narrower which also makes the toe a hair pointier. The ankle cuff is also shorter and the heel is narrower.

As usual, “men’s” and “women’s” is the traditional way of saying “high volume” and “low volume.” If you have a big foot, shoot for the men’s version and if your foot is on the small side, the women’s version will do you best, no matter your gender. 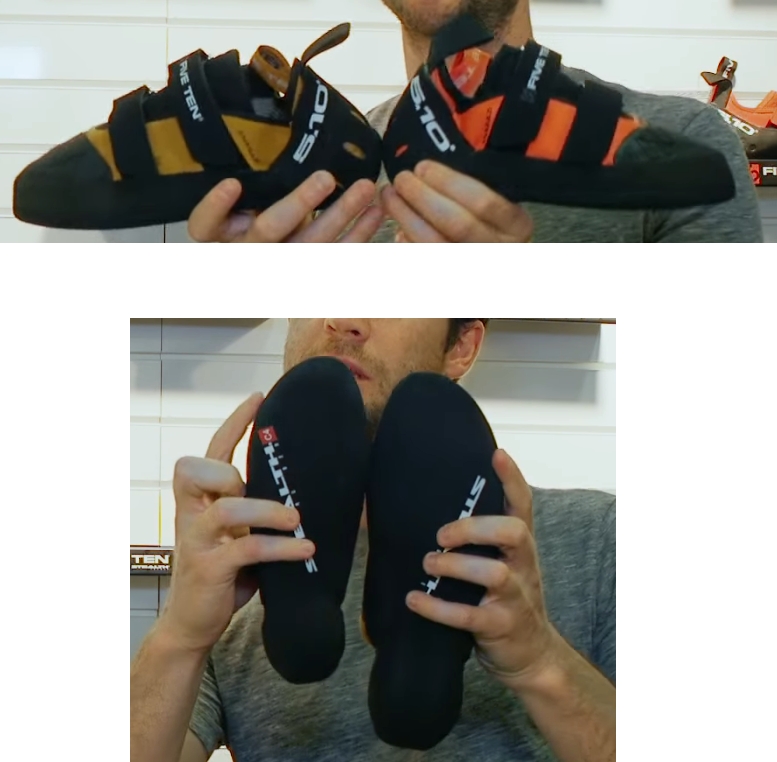 It’s also worth noting, if you have a narrow foot and are avoiding velcro’s and/or want to place an emphasis on edging, the newly re-released Anasazi Blanco, a lace-up Anasazi, might be the shoe for you. Granted it is a fairly different shoe, as it lacks the toe-patch, has a stiffer midsole, and the heel tension is slightly higher, but it’ll have a lot more adjustability in the fit for a similarly shaped shoe.

Here’s where you can find all of the Anasazi models available today:

(from online US retailers) 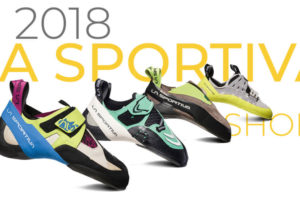 Including male and female models, La Sportiva is releasing 5 new shoes in 2018. They're finally making narrower "women's"...
Copyright 2013-2018 WeighMyRack LLC
Back to top
Backcountry has 25% off gear & REI has 22-60% off in the Outlet. See the list of over 20% off gear here
%d bloggers like this:
We use cookies to add buying options and for analytics. By using this site we assume you are OK with that (scroll to accept). Cookie PolicyOk