It’s been years of anticipation, but DMM’s Alpha Light Carabiner is finally available. This carabiner has such tight tolerances that it took 3 years to bring it to market! At Outdoor Retailer we caught up with Chris Rowlands from DMM, who had flown in from Wales, to tell us the nuances of the Alpha Light carabiner and quickdraw.

When DMM set out to make the Alpha Light they wanted a lightweight wiregate with a keylock nose. But before they really went to work on this carabiner they made a few rules: they would not compromise strength or size. It had to be a universally usable size (not “micro”) and they wouldn’t go below a 9kN open gate or 23kN major access strength. 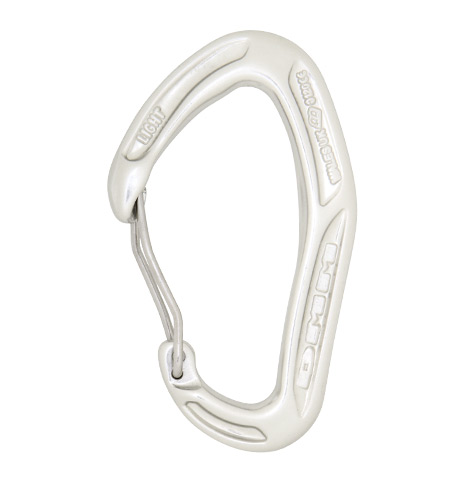 They succeeded by creating a carabiner that hit their strength requirements while keeping the carabiner just under full size. The carabiner shape has a bent back, as many of DMM’s biners do, that they say increases the safety and handling because it fits in your hand more naturally. They also added groves on the back of the spine to reduce slippage, especially when wearing gloves. In the video, Chris mentions them as “grippy grips,” which I really hope is the technical term.

Chris states the Alpha Light weighs in at 32 grams, we found our Alpha Lights to weigh 31.3 grams! Your rack will thank you for the pounds and bulk saved, if your wallet allows.

We’ve been testing one of these draws and have even loved it on sport climbs. It clips like a dream with it’s super-consistent gate opening, that’s also really wide at 27mm. We are continuously surprised that we never notice it’s smaller frame size. In fact, we prefer reaching for this draw compared to some other full size draws.

The quickdraw version comes in 12cm, 18cm, or 25cm lengths with an 11mm wide dyneema sling, so it’ll be a bit more durable compared to super skinny 8mm draws. There’s a bit of rubber sewn into the sling to hold the bottom carabiner very tight in the draw. At DMM they call this feature a “tadpole,” which is rather unfortunate as the poor little guy has his tail sewn into the sling. This feature is great while clipping the rope but it makes it quite difficult to remove the bottom ‘biner from the draw if you want to use it on an alpine sling from time to time. 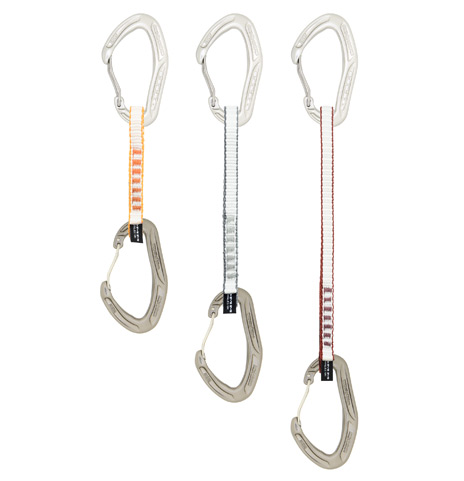 One of the strongest wiregates around: The Thor 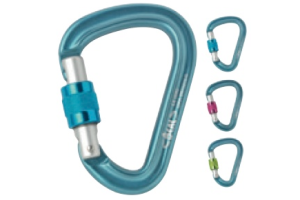 With Beal's main specialty in rope manufacturing, when they set out to create a new line of carabiners, they put a lot of thought...
Copyright 2013-2018 WeighMyRack LLC
Back to top
Backcountry has 25% off gear & REI has 22-60% off in the Outlet. See the list of over 20% off gear here
%d bloggers like this: