The 13 Companies that Sell Ice Screws

Listed below are the 13 brands that sell ice screws (plus 1 that used to sell them and 1 that will sell them in the future). Ice screws are an interesting beast as they don’t have that many different features (to filter on) but there is definitely a lot of subtleties.

One of the biggest in-use differences is whether the screw is equipped with a traditional hanger or if it has a method to crank as well. In the table below we’ve noted which companies sell screws with and without a cranking handle/knob/arm.

The other main difference is the use of aluminum. There are a few folks (E-Climb and Petzl) dabbling with using aluminum tubes and (replaceable steel) teeth. This can change the screw weight significantly, although the reason everybody doesn’t do this light method is because durability decreases significantly too.

You’ll notice we’re not including Omega Pacific in our list, even though it is still possible to find a few close-outs. Omega stopped selling screws a few years ago due to loads of vendor troubles.

Fixe and Stubai are coming out with ice screws in the future, but they do not currently produce them (despite ice screws showing up in Tech Rocks catalog and on Stubai’s site).

You can now compare every ice screw currently available at: www.WeighMyRack.com/icescrew.

Note: We borrowed the top photo from a google image search leading us to a Lake City Climbers picture. We thought it was the perfect size and since it featured somebody was placing an ice screw we grabbed it.

Let us know in the comments if…

7 months after we posted this we just came across another brand that makes ice screws! Today we added Russian-based Ice Rock to the list.

Hey Josh, thanks for writing in!

Omega Pacific actually stopped making ice screws a few years ago, though every now and again I see some closeouts come up for sale so it kinda feels like they’re still around. 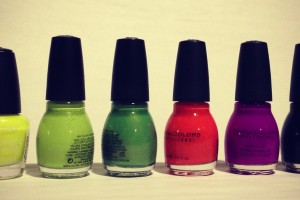 Who doesn't want to have fun while climbing? Marking your gear creatively is one of the easiest ways to remind yourself that...
Copyright 2013-2018 WeighMyRack LLC
Back to top
Backcountry has 25% off gear & REI has 22-60% off in the Outlet. See the list of over 20% off gear here
%d bloggers like this:
We use cookies to add buying options and for analytics. By using this site we assume you are OK with that (scroll to accept). Cookie PolicyOk