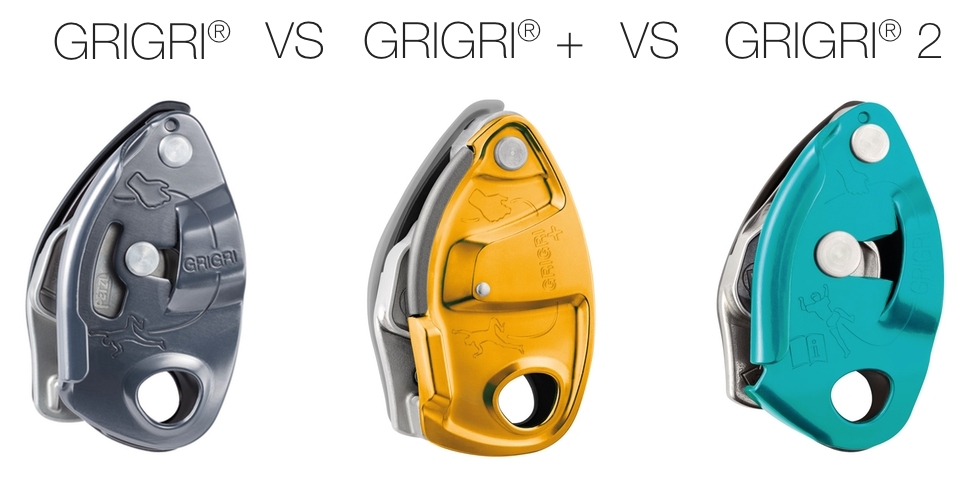 What is the the newest GriGri difference?

Petzl’s newest GriGri takes the body of the GriGri 2 and adds an updated cam (the same cam as the GriGri +).

Background: When Petzl released the GriGri + in 2017, it featured a superior camming unit compared to the GriGri 2. Most significantly, the cam on the GriGri + could accommodate a wider range of ropes and it allowed for a smoother, progressive lower. Since the GriGri + camming unit was only 5 grams heavier, Petzl plugged it into the GriGri 2 body and now (in 2019) Petzl is releasing this combo as the new GriGri (they’re not calling it the GriGri 3, they’re going back to GriGri). The faceplate of the new GriGri has been slightly modified to have a lower profile and accommodate a space to write your name to claim ownership. The price of the new 2019 GriGri will be +$10 compared to the GriGri 2, but it’ll still be $40 cheaper than the GriGri +.

The best Petzl GriGri to buy?

Petzl GriGri + is best if you want extra safety features: anti-panic handle stop and the ability to change between top rope and lead belay mode. Plus there is a steel insert to increase durability and longevity, particularly helpful if you consistently climb in sandy areas, or with dirty ropes.

Petzl GriGri (available starting in 2019) is best if you want to save weight and money, and are confident in your belaying skills so you don’t need any extra safety features of the + version. Note: This is a confusing name, think of it like a GriGri 3.

Petzl GriGri 2 is best if you want to buy a GriGri at a discounted price (since they’re going out of stock) and don’t need the wider rope range or don’t mind the traditional lowering of the GriGri handle (minimal progression). Nor do you care about the extra safety features the GriGri + offers. For a limited time! They are no longer being produced.

Video differences of the 2019 GriGri vs the GriGri +

For more GriGri details, we dive deeper into the options below 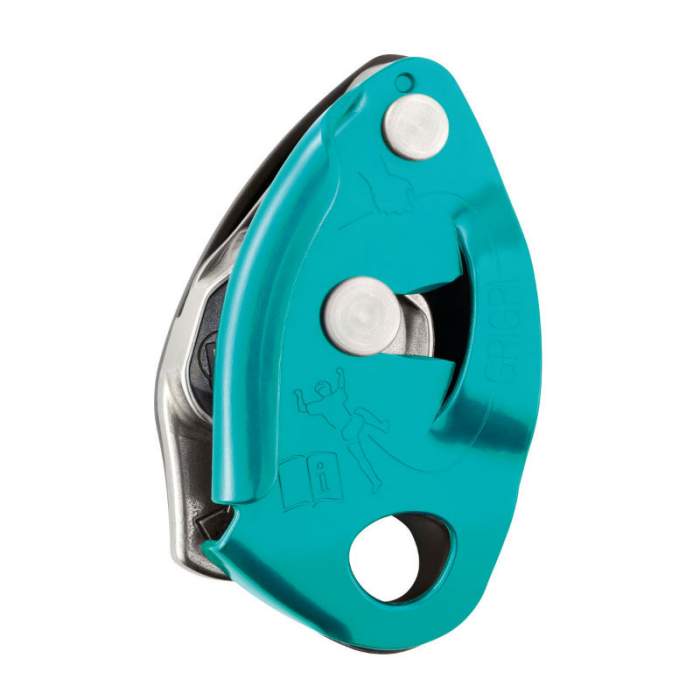 We recommend the GriGri 2 for:

Why is this our recommendation

The GriGri + was created to solve all the “problems” climbers have bemoaned about the GriGri 1 & 2. Some climbers said the cam engages too quickly while others said not quick enough. Others complained about the wear characteristics. And many gyms and guides wished there was a feature to prevent belayers from inadvertently full throttling the handle as their climber plummeted to the ground. But if you’ve never had issues with any of these problems, then there is little reason to “upgrade” to the GriGri + and shell out the extra $50 while adding weight and a small amount of bulk.

The GriGri 2 is great in most conditions. The GriGri 2 allows climbers to skip the extra bells and whistles that add weight, bulk, and manufacturing dollars to the GriGri +.

Biggest downsides of the GriGri 2: 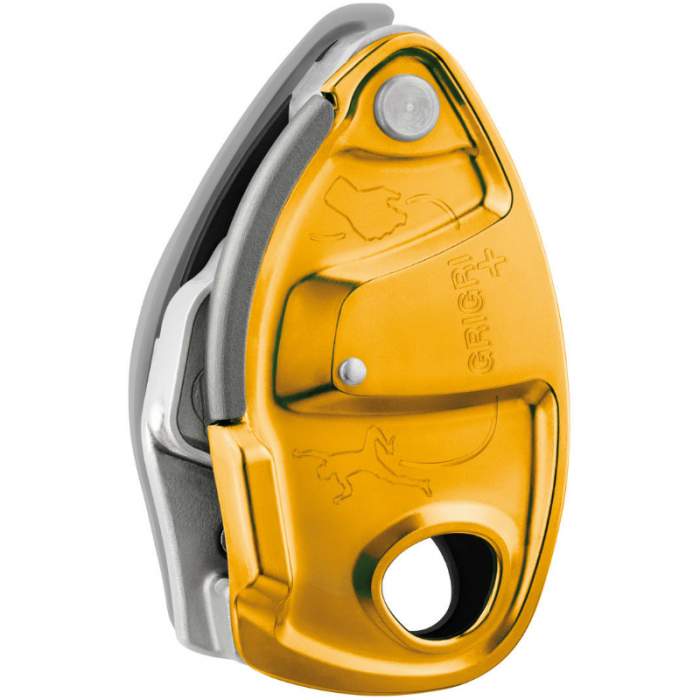 We recommend the GriGri + for:

Why is this our recommendation:

The GriGri + really is what its name states, it’s the GriGri 2 plus the following 5 features:

As a sidenote, the GriGri + seems like a real win for gyms that like to keep GriGri’s pre-rigged at each rope as many of the improvements are based on wear and safety.

Petzl really focused on all the complains from the GriGri 2 and encorporated solutions to them in the GriGri +. Since the device is so new, most of the GriGri + reviews online are from media folks who received a device for free and give it a very solid review considering the benefits. Our prediction is that most climbers will still be totally satisfied and prefer the GriGri 2 and it’s $99 price tag. Climbers who use super skinny ropes, consistently wear out their GriGri’s, or those who want an extra piece of mind with the anti-panic handle and the steel improvements will benefit the most from the GriGri + and find the extra $50 worth it.

If you’re curious about more new belay devices, check out this video that shows all the 2017 options coming to market: https://www.youtube.com/watch?v=xyGzwPBUszg 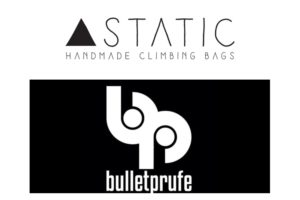 Bonus: If you're reading this before June 13th you can enter to win a giveaway with goods from both brands! Giveaway details...
Copyright 2013-2018 WeighMyRack LLC
Back to top
Backcountry has 25% off gear & REI has 22-60% off in the Outlet. See the list of over 20% off gear here
%d bloggers like this:
We use cookies to add buying options and for analytics. By using this site we assume you are OK with that (scroll to accept). Cookie PolicyOk