I’ll take half a rack, please 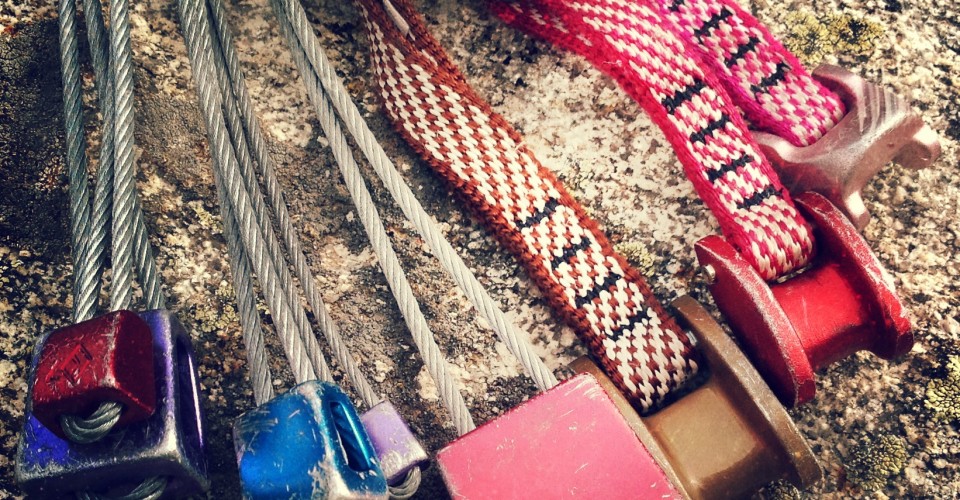 It was my first alpine climb and I was going to lead all 4 pitches of the West Ridge of Prusik Peak, rated 5.7 due to an unprotectable slab in the middle of the route. My partner had climbed the peak before and said I should take a light rack. He recommended half a set of nuts and 4 cams. WHAT?!

All my previous trad climbs were at crags like Smith Rocks and Squamish. They involved fixed anchors and double racks. Now I was told to take half a rack on a multi-pitch alpine climb.

I was frightened without even knowing what the climb entailed. I ran home to read copious amounts of beta online. Most of the gear recommendations I saw suggested a full rack: all the nuts and a complete set of cams. A few reports even suggested doubling up on some of the cams, if you wanted to play it safe.

My fright level increased. Obviously my partner was overconfident in my abilities. Clearly we should be taking more gear.

On the day of the climb before heading out of the parking lot I asked my partner: Are you sure this is all the rack we should take? as I looked questioningly at the pitiful pile of pro. I offered the suggestion: Maybe a few more cams? Or how about we add in these tri-cams? I held up all the extra protection I brought, looking for his approval. I assumed he must have misspoken during his earlier recommendation.

My partner hadn’t misspoke. His reply was simple: You can take whatever you want, you’re carrying the rack.

Now I was faced with a new dilemma: what extra gear would be worth the weight during the grueling 10-mile approach? I debated with myself before sneaking a set of tri-cams into my pack.

During the climb I made sure every anchor was built with slung horns or tri-cams. I’d use nuts in a pinch and relied on natural pro as much as humanly possible. There was no way I was wasting my precious cams until I absolutely needed them.

My mindset, to conserve cams at all costs, actually resulted in me using almost no cams the entire route. When I wrote a trip report later, I was proud to report that half a rack was ample, and listed tri-cams under “optional” equipment.

Years later I returned to the peak with a new partner for his first alpine lead. I suggested he lead the whole thing and told him that half a rack would definitely be enough. He had looked at me in disbelief. And as we geared up for the climb, I found that he too had snuck in a set of tri-cams.

I like the website, and I’m surprised there aren’t more commenters. I have trouble clicking things on mobile, so maybe that is something you could fix to get the attention this site deserves. I teared up a bit at this story. Maybe because I’m a teacher, or maybe because I’m learning trad, but this is a fun story for anyone really. Thanks for sharing, and I hope I to read more about your adventures.

Tucker, your comment totally made my day! I’ll follow-up via email about the mobile issue.

Having just returned from my first real alpine climb, the west ridge of Forbidden Peak, I can tell you that this article would have been wonderful to have read prior to that outing. After having to stop about 100-150 ft short of the false summit because we had spent too much time on the hump up from low camp, wasted time in the moated couloir, and were past our agreed-upon turnaround time and had left our headlamps in the tent (face-palm), my partner (who is also a novice) and I both agreed that our full rack of nuts and cams were way too much gear for the route…

Not that weight was the only contributor to our failed attempt, but we definitely could have moved faster with less in our packs/harnesses. And having less gear might have made placements more expedient, not to mention the time it takes to pass that gear back and forth.

For those of us just getting into the sport and finding themselves without access to a mentor to show us the way, it’s incredibly helpful to have all of this information and experience out there to be absorbed. Thanks.

Thank you for taking the time to share your experience, Kyle! Getting into alpine climbing is a crazy adventure – with tons of questions & doubt.

Mentor Aside: When I was climbing in Squamish a mentor challenged me to climb only with passive pro as I would always plug cams first otherwise. I don’t think I did it enough to have a significant impact at that point, but it was helpful to try switching my focus/mindset to seeing the crack in nut sizes versus cam sizes. 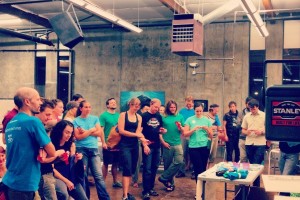 Yay! We launched! Yippee! We had a blast on Tuesday officially launching WeighMyRack. We'd like to send a huge...
Copyright 2013-2018 WeighMyRack LLC
Back to top
Backcountry has 25% off gear & REI has 22-60% off in the Outlet. See the list of over 20% off gear here
%d bloggers like this:
We use cookies to add buying options and for analytics. By using this site we assume you are OK with that (scroll to accept). Cookie PolicyOk