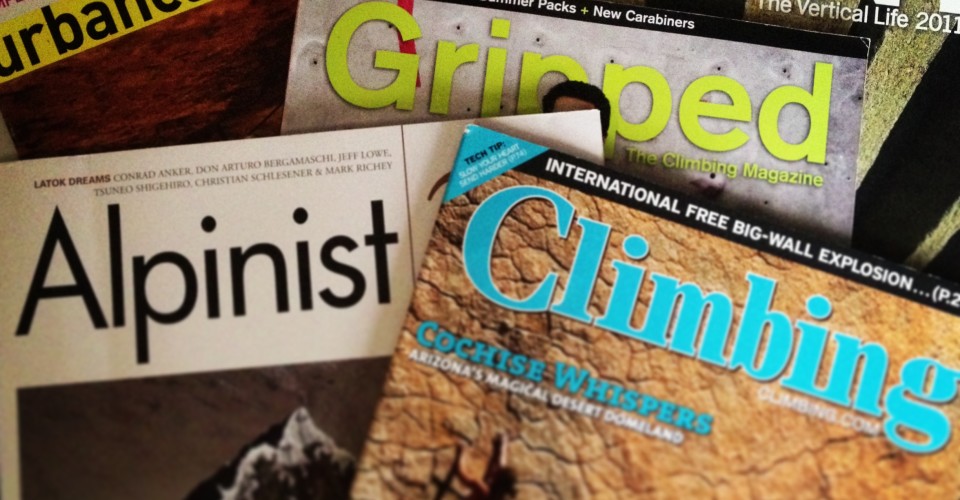 There’s a ton of rock climbing blogs, but not all that many magazines. I wanted to give a quick rundown of all the rock climbing mag’s out there and why you might want to subscribe to them. They’re sorted so you might pick your own “best” rock climbing magazine due to what type of climbing your into or where you’re located. We’ll leave the blogs for another day (or you can chime in the comments to give your favorite blog some props early!).

This post was initially inspired by a question on Quora asking what the best rock climbing magazine was, and also the crazy downpour happening in Seattle.

It’s worth noting, although pictured at the top of this article in our magazine shot, Urban Climber closed up shop in 2012.

If you’re willing to pay oversea subscription fees, or buy digitally, there’s at least 10 climbing specific magazines! This definitely leaves the ability to find the best rock climbing magazine for you, featuring any discipline and writing style. I’m stoked that all the magazines don’t sound the same by trying to just report the latest news and trends.

I wouldn’t be surprised at the arrival of a , nevermind, we found one in the works. But there seems to be room for a bouldering-specific publication as well! I’m also curious to see if more locally-based magazines crop up following the likes of Climerism and California Climbing. Time will tell!

Are we missing any magazines? Or want to give your favorite mag a shout-out? Let us know in the comments!

Tips for those venturing to Lander, WY

All the brands that sell climbing nuts

Hi,
The Rock Climbing Magazine Rundown is a very good list of magazines for to me to know about.

Chalk up another one for the UK, we added Summit magazine today!

[…] for: Depends on the magazine, check out our detailed magazine post that lists all the best rock climbing magazines to find out more. [This authors favorite: […]

Great post! This is a nice wrap up of the big publications currently.

It’s worth noting that California Climber is not just online. We are actually a print mag with an on-line supplement. Our focus is mostly 100% print.

It’s also worth mentioning the Climbing Zine. Although not a full magazine, they do print a small form “book” of sorts that is packed full of great stories and some quality imagery.

Thank you for your coverage of us!

I’m embarrassed about the extremely late reply here. Excuses aside, I’ve migrated California Climber up north to the “Magazine” section and I took your advice of adding the Climbing Zine, to our supplements section.

Thanks a ton for writing in to help clarify the publishing realm!

You missed the reference magazine for the Spanish-speaking world: Desnivel. Local magazines come and go in Latin America, but Desnivel (from Spain) has been covering all things vertical for more than 25 years: mountaineering, climbing, BASE jumping, skyrunning, interviews, gear reviews, excellent photography, you name it. They have a publishing house as well for handbooks, novels, guidebooks, etc. Plus its sister mag, Escalar, devoted exclusively to climbing. http://desnivel.com/

Thanks for the comment! We now have Escalar up (and are also giving a shout-out to Desnivel). We quoted what you said about Desnivel in our article, hope that’s ok!

Ricardo, do you know I& I can get this mag in the UK,

Hi great list! How about Montana Magazine from the Czech Republic. http://emontana.cz/ They recently added an English language section.

Good call Daniel! We should add Montana to the list. It looks like eMontana is an online-only sister site, that is more blog-like and translates some of the content to English as well?

There’s the German “Klettern” (www.klettern.de) as well. Not in english, though!

What funny timing — we’re actually in Germany right now and a few days ago I saw this mag and thought, “I need to check into this more and probably add it to the Magazine post.” Thanks for the reminder!!

Grimper in France, i recommand.
They have lot’s of good articles and beautiful pic .

Thanks for the feedback Ben!

I have dozens nai 100’s of old U.K. and na climbing magazines going back as far as the 60’s. Including amongst others editions 1 – 4 of Mountain mag. How can I sell them and what would they be worth ? I live in Toronto.

This is a great question Ian!

I am unsure their worth, but would suggest looking at Ebay’s sold items (under advanced search you can filter on sold items) to see if they have been sold before and what they went for.

As for selling I would suggest:
Posting on Mountain Project
Posting on SuperTopo
Ebay

On MP and ST forums, you could ask people to private message you with offers, or ask the group what they thing the value is.

Hi, in France you also have « Vertical » which is mostly dedicated to high end mountainering 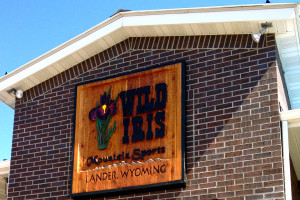 Tips for those venturing to Lander, WY

What to expect on your climbing trip to Lander, WY Expect to find a great community of locals in Lander, whether you're...
Copyright 2013-2018 WeighMyRack LLC
Back to top
Backcountry has 25% off gear & REI has 22-60% off in the Outlet. See the list of over 20% off gear here
%d bloggers like this: