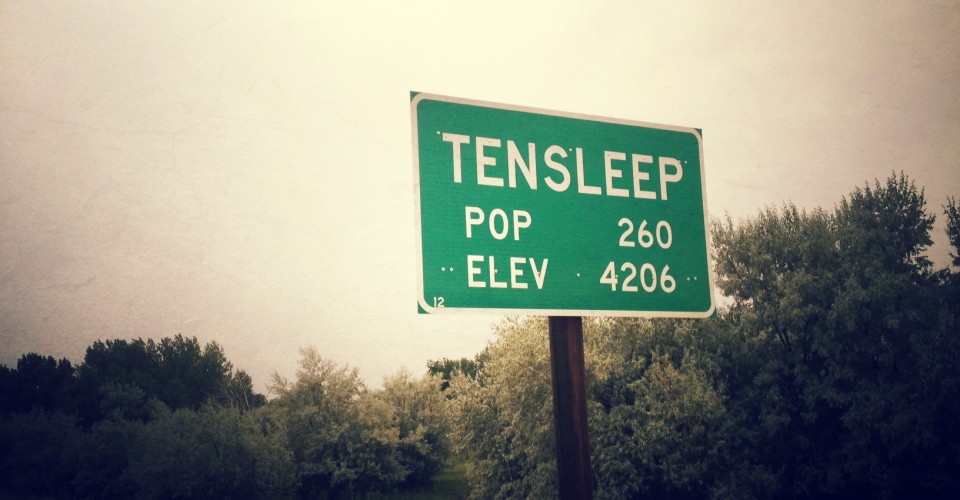 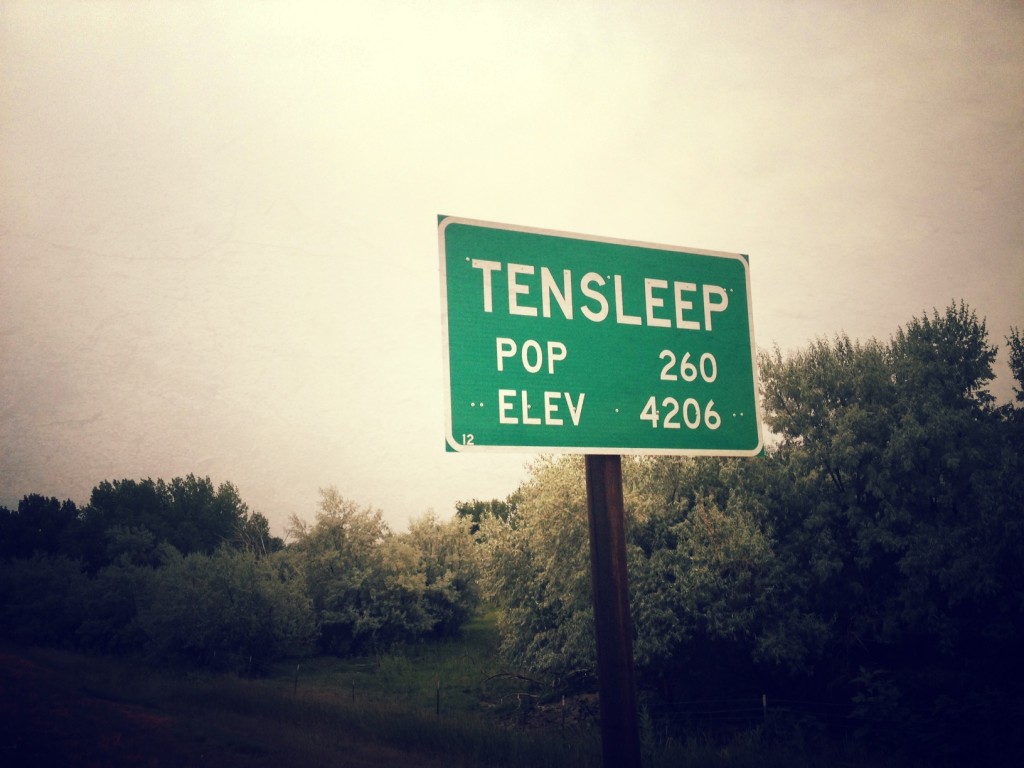 Driving to Ten Sleep, Wyoming was a last minute decision. We were in Lander, looking for a slight change of pace after meeting a tough deadline, and Sinks Canyon (one of the two main climbing areas in Lander) was now on fire.

We had heard of Ten Sleep. Even non-climbers in Wyoming have heard of Ten Sleep “exploding” as a climbing area. The local outdoor shop had the Ten Sleep guidebook, whose irreverent attitude would convince us to go. The book, titled Lies and Propaganda from Ten Sleep, would make more sense if you were high on mushrooms (which, I believe, is recommended by the author). The good news is: the Ten Sleep climbing community doesn’t take itself too seriously.

Google claimed Ten Sleep was only 2.5 hours away. Not too bad we thought, until suddenly we realized we had rolled into the town past midnight. The center of town lasted less than a minute, and 10 minutes of winding corners later, we came to find the full moon glinting off of tall rock walls; it built anticipation for what the morning would bring.

In awe, we drove slowly, as we gained thousands of feet of elevation, twisting and turning our way up the canyon. Half an hour later we had secured our camping spot, which was essentially a pull-out on the old highway, a surprisingly well-kept dirt road. Blessed with a fire pit we assumed our site was legit.

In the morning we rubbed our eyes to look out upon the beautiful view that is the Ten Sleep canyon. At 8am, the sun already shone brightly on the rock. There’s two parallel highways that curve for 8 miles through the canyon of rock walls. Everything looks climbable. The walls are so close to the road you can’t help but get excited about the potential. It would have been impossible to do work, so we called it a climbing day.

We picked a wall with “AM Shade” in the “Ice Plant” area. Although the 10 minute hike in was under the boiling sun, once we turned the corner of the rock wall we had goosebumps. There was a palpable chill in the air, which enabled us to climb our hearts out…for six slightly overhanging routes. At that point, our arms could no longer hold us, and our fingers had resigned. We were not conditioned for such sharp rock. It was time to explore on foot instead. We were shocked to find a rock tunnel that led to algae green ice in July.

Next to explore was the town of Ten Sleep. That didn’t take long. Once you pass the gas station, there’s essentially 2 rundown blocks, on which half the buildings are closed. All that’s left is an ice scream spot, a very dark bar, a cowboy bar, a breakfast place, and a fairly new cafe, the 2nd Street Cafe. This cafe could only be improved with longer hours. A large welcoming porch, friendly staff, fresh food, chai, and wifi called us back every day, along with many other climbers staying in the canyon.

The cafe closed at 2pm, which would signal it was time to ready ourselves to climb in “PM Shade” areas. We’d climb until our arms and fingers cried for mercy. Then we’d retreat home for dinner.

We had moved our camper to, and I don’t think I exaggerate here, the best camp site in Ten Sleep. A secluded spot with just enough space for camper and car to fit, in front of a fire pit, that we used to make s’mores. We were enclosed by trees that kept us in shade during all hours of the day. The stream flowing behind the camper included a mini-waterfall, that not only freshened our faces in the morning, cleaned off our dusty bodies in the late afternoon, but lulled us to sleep each night. Through each window in the camper we were greeted with lush forest, flowing water, or high rock walls.

Our interactions in Ten Sleep were few, but all were in line with a small Wyoming Cowboy town pop. 260. Chivalry is not dead here.

The two main events in town are the 4th of July Rodeo and the NoWoodstock Bluegrass Festival a few weeks later, which has, alarmingly, almost eclipsed the Rodeo. Otherwise the town is a pass-through. A barrage of campers and motorcycles go by each hour, either coming from Yellowstone or going.

We overheard a man talking about opening a Ten Sleep Brewery soon. Maybe that would encourage a few more folks to stop. There’s definitely potential for 2 blocks of open businesses, particularly during the tourist season. A small grocery store would be a good start. Every local we heard complained about needing to go into “town” for errands.

Since there’s far more climbing routes than there are residents of Ten Sleep, the number of out-of-town climbers rivals the number of locals. The climbing is endless. With so many climbs left to do, there’s only one reasonable conclusion: we’ll have to come back.

The Largest Outdoor Trade Show in the United States 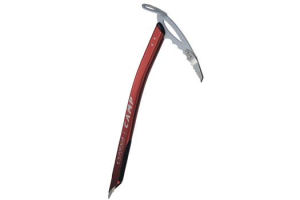 We stopped by the American Alpine Institute to learn more about their Guides Choice Awards and took some video about why certain...
Copyright 2013-2018 WeighMyRack LLC
Back to top
Backcountry has 25% off gear & REI has 22-60% off in the Outlet. See the list of over 20% off gear here
%d bloggers like this: