Why I Made the Switch 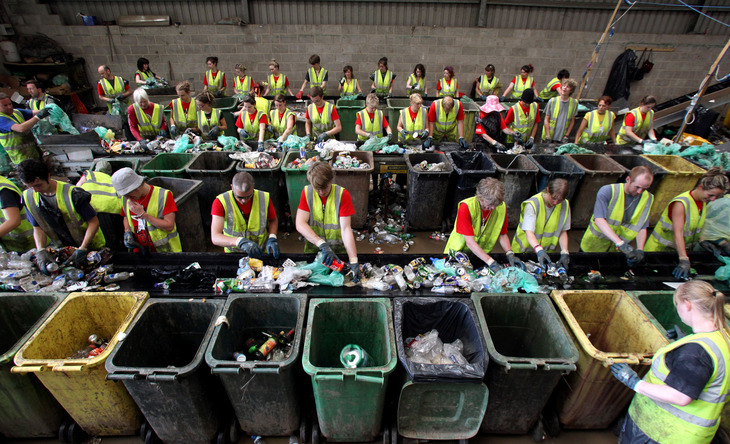 Growing up it sometimes felt like my parents ran a recycling center in our house. Even when I thought I was a seasoned 14-year-old, there would still be difficulty in figuring out which of nine bins to discard my unwanted item into. Scattered throughout the kitchen one found deposit cans near the front door, along with the actual garbage and around the corner the compost. Past the sink was the main recycling area: newspaper had a spot, separate from magazines and mailings (where glassine envelopes were not allowed), aluminum cans (not to be confused deposit cans), #2 and #4 plastics, and then burnables were by the fridge. The milk bottles stayed on the front porch as they were too bulky for inside the house.

An awareness of trash was a surprisingly large part of our upbrining. Leave No Trace could have been our family motto. We always participated in Green Up Day, where we’d haul at least a carload of trash off the mountain.

A sense of duty led me to volunteer a Saturday of trash clean-up with the Leavenworth Mountain Association,  spending time with the locals at an increasingly popular climbing spot. The search for trash started somewhat unfortunately as my first find was a human poo bag. This clear vegetable bag had been in the sun for quite some time, the humidity creating a new kind of hazard I didn’t want to approach. Owning a dog gave me the courage to remedy the situation. The smell continued to haunt me as we cleaned the rest of the lot.

Between every car in the lot I found at least two bottle caps. Outdoor culture includes enjoying a refreshing beverage as a celebration for making it back to the cars alive, but there’s definitely an opportunity for more awareness here.

There was also an alarming amount of electrical tape. Some of it was clearly from gear marking and a bit of it was too long for me to know the original use. Either way my take-away was: this shit doesn’t degrade.

A known fact is that the tape used to mark your gear will fall off at some point, and if you don’t catch the failing signs, it is left behind as trash. I’ve picked up tiny pieces of tape along alpine climbs, but it never dawned on me how long this stuff lasts. Or, with climbing increasing in popularity, how it could add up.

Doing trash pickup for a day re-aligned my focus. I’m climbing because I want to be outdoors, and enjoy nature. So why am I picking a gear marking technique that has a high likelihood of leaving it’s mark in the wilderness?

I’m no longer comfortable marking with tape, knowing it will probably leave at least some sort of “micro” trash in the mountains. I wrote a post recently about gear marking options and during research found that nail polish often lasts longer than tape, doesn’t leave trash, and is just as convenient and cheap. I’ve now connected with nail polish much more than before.

I’m officially making the switch for all my carabiners. Removing the tape in exchange for nail polish. I’ll keep the same main color of bright green for consistency’s sake. Tape on my trad gear will stay, as it seems everlasting in it’s protected location (and the tape is easier to spot).

A day of cleaning up trash from a great climbing spot was surprisingly rewarding. I thought it’d feel like work, but at least I’d be outside, and working for a good cause. Instead, it was really fun. I felt like I was on a mission; sometimes I was almost disappointed when there wasn’t more trash to find—I wanted to find the most! I met a bunch of new people, felt so proud of our results, and created much more self-awareness in how I can align my life more with the things I love.

Do you have any trash stories? Climbing related or not, it’d be great to read them in the comments!

A Dash of History: Fay Fuller 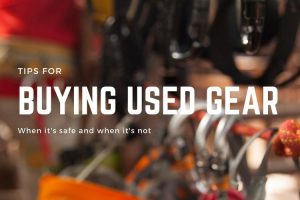 One of the first questions I hear from new climbers is: “can I buy used gear?” (or “where can I buy used climbing gear?”). I...
Copyright 2013-2018 WeighMyRack LLC
Back to top
Backcountry has 25% off gear & REI has 22-60% off in the Outlet. See the list of over 20% off gear here
%d bloggers like this:
We use cookies to add buying options and for analytics. By using this site we assume you are OK with that (scroll to accept). Cookie PolicyOk