A dynamic and static rope in one?! Meet Edelrid’s Rap Line II 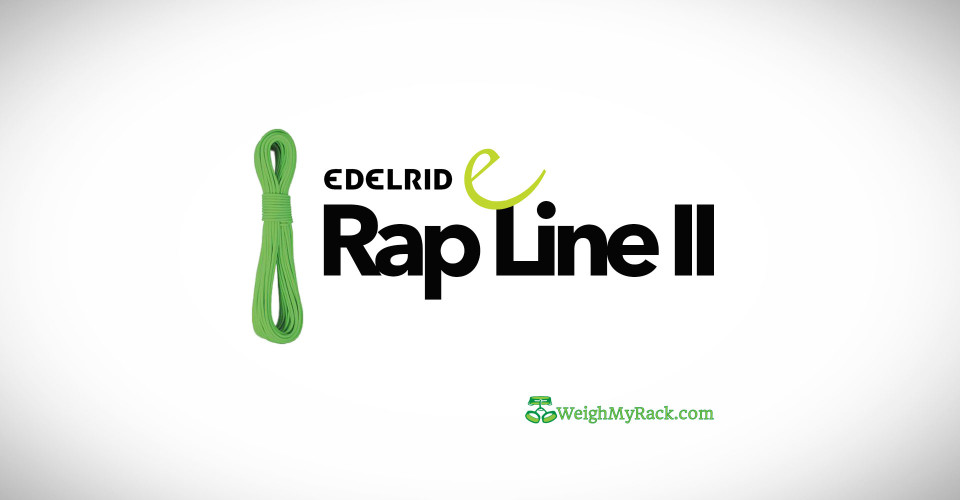 Have you ever been in the unwelcome rappelling situation where your lead rope is caught and the only other cord you have is a static tag line? When the benefit of carrying a light-weight rap line quickly turns ugly and leaves you with only 2 options for rope retrieval: free solo up the rappel route, or risk the back-breaking fall potential of leading on a static rope or accessory cord. Both options have been known to cause normally macho men to shed tears and curse the idea of a tag line.

The new Edelrid Rap Line II is the answer to that call. It’s the first-ever accessory cord with a dynamic safety reserve. [outdated]. From the outside it looks like any other unsuspecting cord but beneath the sheath, it’s packed with a lot of pop.

We’re working on updating it, but it’s worth knowing that the Rap Line II that Edelrid currently sells is not exactly like it is described in this post. For example, in the current version of the Rap Line II, the Kevlar and nylon are interwoven, not separated as described below. The diameter, weight and even the color is also different.

The Rapline II is actually 3 ropes in one

Here’s the deal: it’s a static rope that under a heavy load (500 kilos, ~1100 pounds) turns dynamic. How?!? Edelrid has over-braided the dynamic core with a highly static fiber. When the load limit is reached, those static fibers break, allowing the core to dynamically catch the fall.

The Rap Line II is not a certified twin rope (the UIAA requires at least 5 falls to be certified) but if you use it in an emergency as a twin, Edelrid says it’s been tested to hold 2-3 falls.

“It’s like a screamer except you don’t see the screaming.”

How do you know if the Rap Line II has turned into “dynamic mode”? You can easily find out if the middle-layer of aramid fibers are intact or not: if broken, you’ll feel them under the sheath acting like bubbly debris. Otherwise, as a static line, when you press on the sheath, and rub your hand down the line, it should feel smooth.

It’s no longer green, although it is a very bright pinky-red. Edelrid wanted it to stand out from the other ropes in their climbing line since it’s not a certified climbing rope (it is a certified accessory cord).

Once Edelrid figured out how to morph a static line into a dynamic line, one challenge was figuring out how to create the proper amount of static elongation to match the dynamic lead line during a rappel. After testing, they concluded that even while in “static mode” the Rap Line II needed to have a 7-8% elongation for a comfortable rappel.

Edelrid took care to make this cord quite stiff as they knew a soft line would fall into flakes and could ensnare itself when thrown on rappel. They’re proud to report that it “falls really nicely.”

The line is rated to 10kN. Note: It’s uncommon to experience forces much greater than 7-8kN during typical climbing scenarios, so even though this is lower than official climbing ropes there’s little need to fret.

Given that the Rap Line II is skinnier than most belay devices are certified for, it is recommended that during rappel you use a belay device with a prusik backup, or add an additional carabiner into the system to create more friction. Using a Micro Jul could also be helpful, as it is currently the only brake assist tubular belay device designed for thin ropes – certified to handle ropes down to 6.9mm.

The biggest downside is the price. Just as a Screamer is more expensive than a standard quickdraw, the Rap Line II is more expensive than a standard accessory cord. For 60m you’ll find it running around $169.95 and 70m will cost $189.95. Go for the entire spool and get a whopping 200m for $599.95 (all three sizes are available in the US and Europe).

The good news is, as with all Edelrid ropes, the Rap Line II is bluesign(R) certified, so rest assured that you’re getting one of the most sustainable lines on the market.

Investing in the Rap Line II means that you can say “Screw you!” to your cords that have too much elongation for a nice rappel, and yip “No More!” to your static lines that refuse to stretch when you need it most. Instead, the Rap Line II will give you the security you need to actually lead up the route and rescue your lead line.

[These heroics can commence in 2015 when the Rap Line II is released.]

Not interested in “static” ropes?
Check out all the dynamic ropes (560+ options) at:
www.WeighMyRack.com/rope

The Rap Line II is out now, but we can’t find any online retailers who carry it.

But, you’ll most likely want to use a Micro Jul as a belay device using the Rap Line, and we definitely know where you can pick those up: 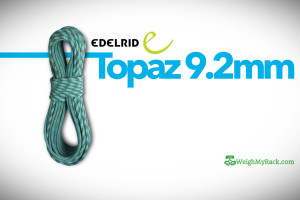 Finally, a rope with a happy ending for the consumer. Want a bicolor rope for only $20 more than a solid colored rope? Then...
Copyright 2013-2018 WeighMyRack LLC
Back to top
Backcountry has 25% off gear & REI has 22-60% off in the Outlet. See the list of over 20% off gear here
%d bloggers like this:
We use cookies to add buying options and for analytics. By using this site we assume you are OK with that (scroll to accept). Cookie PolicyOk