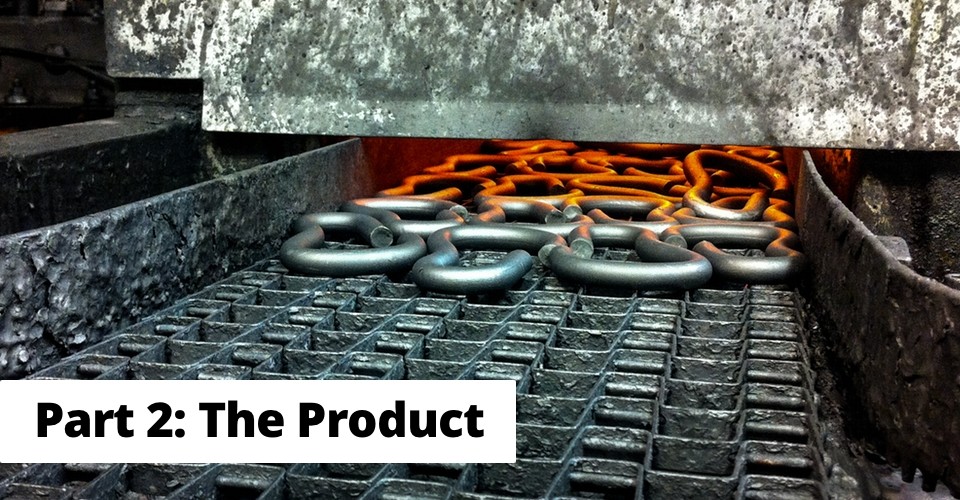 Black Diamond was born out of litigation so it’s no surprise that the company has a very rigorous approach to making quality gear. They do relentless testing and employ a sizable Quality team. They firmly believe there is no such thing as a small change.

That’s why one might wonder about the rationale behind creating a manufacturing plant in Zhuhai, China, a country often criticized for producing poorly made goods. The short answer is: The product hasn’t changed. Black Diamond has been fabricating parts in Asia for decades.

Aug 2015 Update: Since this post was written, Black Diamond moved all of their rock climbing hardware production back to the US. Bags, poles, headlamps, etc are still made overseas, but the entire climbing hardware process is back in Salt Lake City, Utah, even the anodizing.

July 2019 Update: Since this post was last updated, Black Diamond decided to move the majority of climbing production overseas. Starting in September 2019, the only Black Diamond gear that’ll be handled by the US facility is the assembly of Camalots, skins, Magnetron & Gridlock carabiners, and ice screws. You can read more about this decision in an interview SNEWS did with Black Diamond President John Walbrecht.

The longer answer involves how BD invested enormous amounts of time and energy into creating a new final assembly facility because of the long-term benefit. Predominantly, they felt there was opportunity to gain more control over production schedules, processes and to streamline their growing global distribution. They knew doing so would take commitment. In 2006, the doors were opened to a new facility in China that was entirely owned and operated by Black Diamond. The plant was built from the ground up, with bright, wide hallways. The employees inside are Black Diamond employees. Owning the plant means they have full control over the operations, ensuring their high quality standards are met.

Getting this plant up and running was no easy task. As the Director of Global Quality, Kolin “KP” Powick, talked of personal fears he initially faced: He would no longer be able to walk downstairs to the manufacturing basement at BD’s Utah Headquarters and make sure everything was going OK. Instead, he’d be thousands of miles away.

For the first few years, KP and his team spent countless days at the Asia plant ensuring in every possible way the best procedures were implemented and set in stone. KP not-so-jokingly says that he “instilled the fear of God” in those newest BD employees. Eventually, as he witnessed perfect results over and over again, he gained confidence in the new people and systems. Control of the building and processes that guide the employees and their work are key to sleeping at night.

Owning their facilities also allows BD to innovate, in China, keeping conscious of their environmental footprint. In 2009, they started a closed-loop anodization process there. It recycles 2,000 tons of wastewater per year. They didn’t invent the process, but they took the best parts of every anodization system available and put them together to create a more environmentally friendly solution.

Part of Black Diamond’s outsourcing success lies in the choice to have their China facility limited to “simple” assembly. Black Diamond employees in China do lots of riveting, sewing, and other basic assembly, but no critical metalworking. They assemble wires to nut heads that are fabricated in the US, and add gates to carabiner bodies forged in the US. Final assembly of Camalots, including US machined lobes, also occurs in China. There are strict quality assurances for each stage of assembly and many are heavily monitored. For example, the carabiner testing machine is linked via the Internet to SLC, making results immediately available in the US. 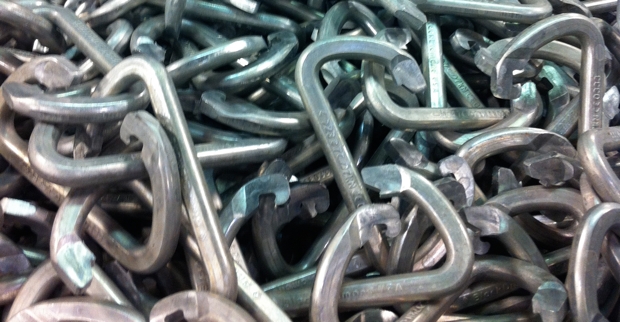 Black Diamond keeps everything in Salt Lake City that requires precise tolerances or includes metalworking. In the basement of the BD headquarters, you can find carabiner bodies being hot and cold forged, watch the CNC machining of cam lobes, or witness the cutting of ice screw threads. You’ll find big spools of cable in one far corner as even the cable inspection and testing is done in-house before being sent to China for final assembly.

Crampons are also laser cut and bent in the US, powered by a nitrogen creation system that is “more environmentally friendly.” Another benefit of laser cutting is that it drastically decreases the time it takes to make a change in the design. In fact, a designer could conceivably create a new crampon profile in the morning, have it prototyped by the afternoon, give it to other employees to test the next morning before work, and have opinions of the design back within 24 hours. Then it’d be time for refinement or more strenuous, measurable testing. 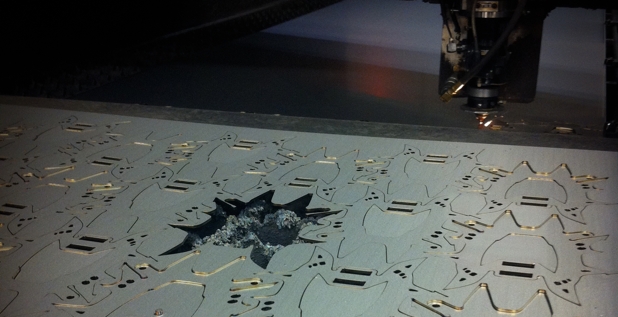 The quality control team tests current gear (beyond the standard batch testing) alongside gear that might be coming out in 2-4 years to create equal comparisons. Not only are they constantly coming up with new ways to test gear but they’re also testing everybody else’s equipment as well. Each year the team buys thousands of dollars of new gear and breaks it, sometimes with the tags still attached. 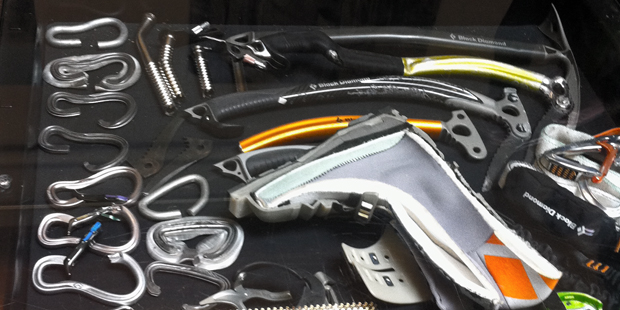 With so much testing and first-hand experience using the gear, KP and Bill Belcourt (Director of Research and Development at BD) are incredible resources for learning the backstories behind the testing and design of a product. Further, they know exactly how a piece of gear should be used and when it shouldn’t be modified. In person, they’ll spend an incredible amount of time passionately explaining every detail of a product or process.

Yet, at the same time, you can feel their blood pressure rise when they talk about attempting to explain their position on the Internet. It seems that no matter what data they provide or tests they conduct to clarify a point, somebody will always have a question about another more extenuating circumstance. Explaining how to use gear, and why certain modifications are OK while other similar ones might not be, is a constant struggle.

KP, Belcourt, and most others at BD, have a vested interest in setting the story straight, not just being “right” or telling people how to do things. They do more elaborate testing than any other company in the industry and that’s where their voice comes from. The culture engrained at Black Diamond is to put your heart and soul into every product, and to build gear that outperforms expectations while minimizing your environmental footprint. Whether that product is designed and forged in the US, assembled in Asia, or distributed in Europe, Black Diamond is a global company that keeps quality and testing a top priority.

All the Rock Climbing Guiding Companies in North Carolina

[…] the walls of Black Diamond’s China plant are covered in pictures of climbers and skiers. All of the Chinese employees know the gear […]

All the Brands that Sell Climbing Carabiners | WeighMyRack Blog

[…] Black Diamond – The largest climbing brand in the country & still forging carabiners in the USA. […]

[…] The laser cutting and steel bending are done in the US, while assembly is completed in China, as with many BD products. […]

So BD wanted cheap labour but ultimately did not trust them fully (as they should not have based on Chinas abysmal quality control practices) and life saving gear ultimately was finished in SLC?…. That is what this is saying to me.

I read this article today and it seems kn 2019 they made the decision to move most of their manufacturing to China. What does this mean for the quality and integrity of BD products?!

Hi Emily! Thanks for your note! We’ve updated our article to reference the SNEW’s interview with Black Diamond’s President.

BD’s manufacturing has moved/is moving to Asia, but it will be in multiple factories, depending on the needs. For example, BD’s 2020 carabiners will be made in Taiwan, not China. BD’s modern helmets have been made in China since inception.

Quality/quality control can be very high in Asia factories. A substantial amount of climbing gear is currently made in Asia for many climbing brands.

When BD made climbing gear in Asia, for nearly a decade pre-2015, the quality control was excellent. Ironically, it was in 2016, after BD moved production back to the US in 2015 that they had a large number of recalls (https://www.blackdiamondequipment.com/en_US/recalls.html)

Since quality can be very high from Asia factories, I see the larger challenges as innovation and brand loyalty.

If climbers wanted US made gear and that’s why they chose BD, those climbers will need to look elsewhere. US-made carabiners are only produced by SMC, Omega Pacific, and Rock Exotica (Metolius makes cams in the US but their carabiners come from Taiwan). If climbers want carabiners made in a brand’s own manufacturing facility the options are still small: DMM, Climbing Technology, Austri Alpin, and a few others.

Innovation tends to be much harder for a brand when they’re working with another company for the manufacturing. Sometimes it works out well, because a different manufacturer might have really advanced/cutting edge technology to leverage. But the design and testing processes become cumbersome (especially when you’re shipping prototypes/samples oversea’s), and my experience is that slows down innovation significantly.

[…] up, so there is no beating around the bush: Black Diamond is very open that they’ve moved the majority of their carabiner manufacturing to Taiwan. There are a few exceptions: The Magnetron and Gridlock carabiners will still be made in the Black […]

I will never buy a made in China product regardless of quality. Human rights abuse and covid 19 should be enough for all of us 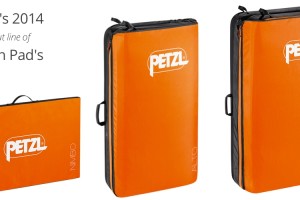 Petzl created a series of bouldering pads that are dressed to impress. The pads come standard with an astounding amount...
Copyright 2013-2018 WeighMyRack LLC
Back to top
Backcountry has 25% off gear & REI has 22-60% off in the Outlet. See the list of over 20% off gear here
%d bloggers like this: