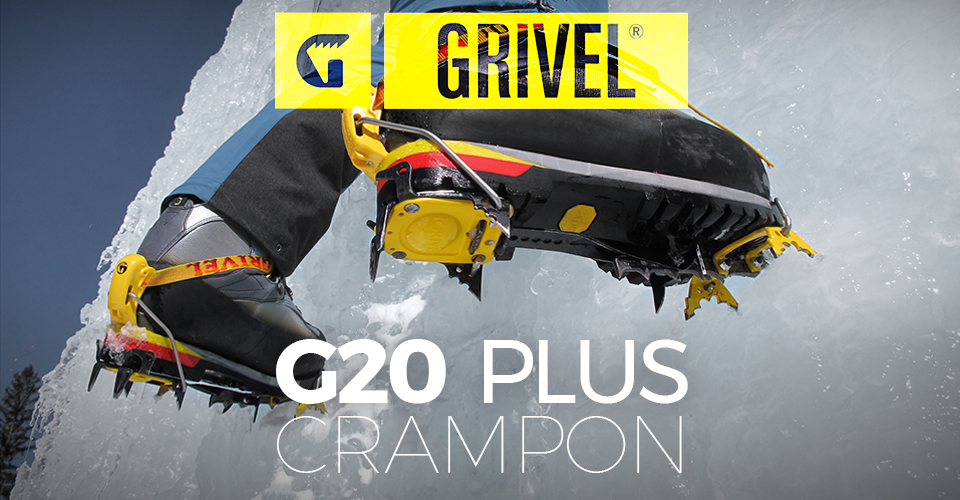 Crampons are often the underdog and unsung hero of ice climbing gear. You normally don’t often hear them raved about the same way as ice tools, yet they might just be the single most important item for ice climbing.

Grivel has a long climbing history; the company was started in 1818 and they have been producing some of the best hardgoods in the industry for the last two centuries. One of their main offerings is crampons, of which they currently have 26 options, more than any other climbing company. Although Grivel is more prevalent in Europe, they continues to be at the forefront of winter gear innovation worldwide. Aimed at hard mixed and ice climbing Grivel’s “G” series has been through a few generations. The G20 (still readily available, but technically discontinued) and the updated  G22 dual point are both popular offerings. The overwhelming criticisms of the G line is that the individual font points have not been replaceable. Enter the G20 Plus!

Grivel has taken a new approach to crampon design by integrating a mono point into a longer center bar that connects all the way to the “center” of the crampon under the arch of the foot. Additionally they continue to refine the central points along that bar where most crampons are blank. These central points provide a small but noticeable feeling of additional traction on flat or uneven terrain, such as walking off of a climb or on the approach when things get icy but its not yet technical.

This video shows off the finer details of the points:

The bail fit snuggly and properly in place on five different boots during my testing. To my surprise they were right at home on my older pair of TLT5 BC ski boots too. The font point bar is held together with bolts thus making large adjustments in the field difficult or impossible without a hex key, however there are still 6 adjustment holes located in the heel and a standard rotating dial on the heel lever that offer plenty of adjustment. 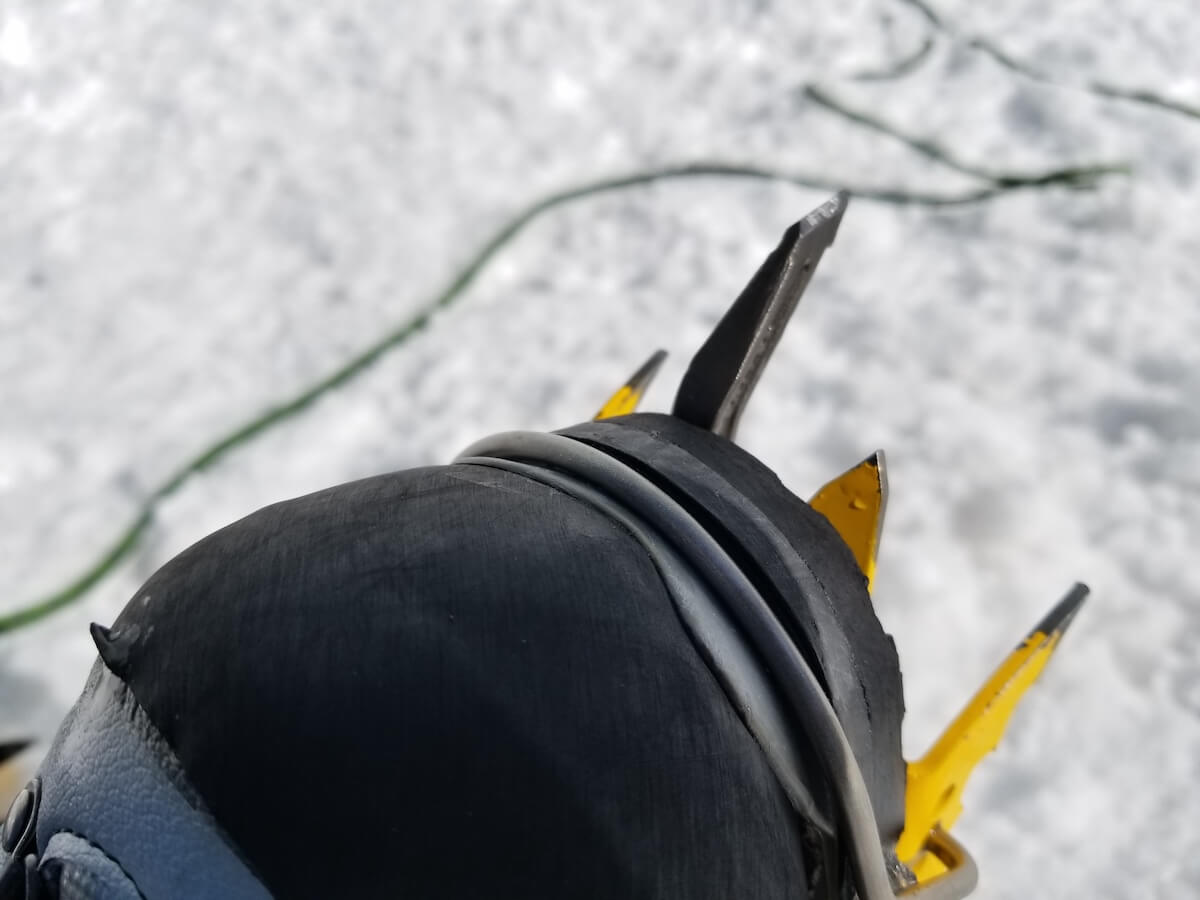 I was fortunate enough to test these crampons over a two month period this winter in Southwest Montana and Northern Wyoming. Although most routes are not super long like the Canadian Rockies, Cody, Hyalite and Yellowstone National park all offer some of the most dependable ice in the lower 48. These locations are world famous for a reason and a joy to explore even if just for the scenery. That said, a lot of ice was too be had. 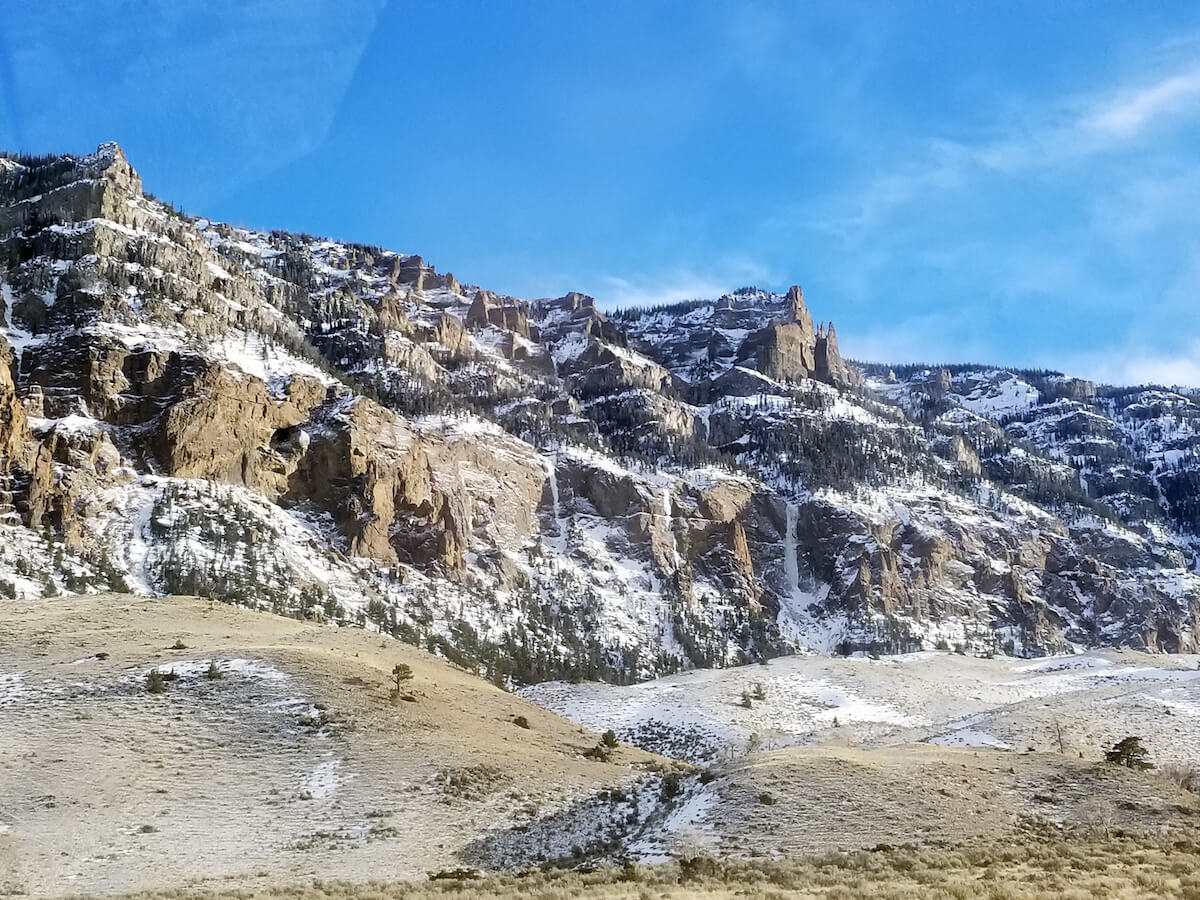 These things rock! Seriously, these are the most precise and reassuring crampons I have used. The combination of a primary monopoint and a secondary, but much shorter, horizontal front point seemed to fracture less ice. Stability was gained because the secondary point would just contact the ice without much penetration, but enough to offer more side to side stability than a single monopoint alone. When small bulges or ledges were encountered, the additional five center points under foot added more traction and a higher level of security on bulging and uneven ice.

Technical Aside: If your ice is often mixed with snow, is very soft, or is super sun affected at the end of the season, dual horizontal or dual vertical front points are likely a better fit than a monopoint crampon. This is because dual front points provide more stability as they have more material in contact with the ice. 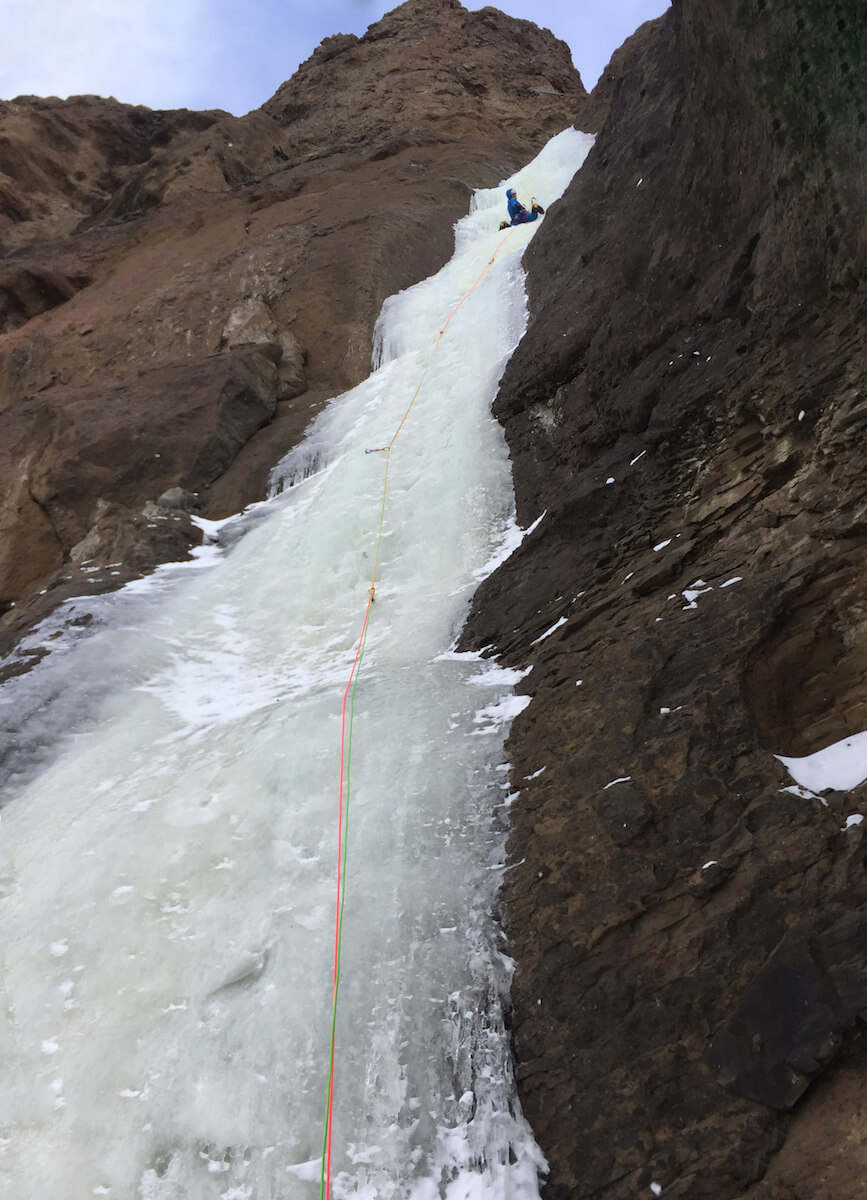 I would not hesitate to grab the G20 Plus for mixed objectives. The front point felt solid on thin edges and its narrow width slid into just slightly smaller cracks than the some other competitors on the market like the Black Diamond Stinger’s. Overall this narrow front point is an advantage on hard mixed, but the narrow width comes at a price as there is less material available to sharpen over time. Given that there is physically less material just from a wear standpoint I would likely not choose these as a dedicated set of dry tooling crampons, but others will weigh this concern differently now that the front points are replaceable. A set of G20 Plus replacement monopoints retail for $39.95 which is a little higher than some of the other competitors in this space (ie. two Black Diamond front points are $27.90).

While climbing it was difficult to tell if the integrated center bar and front point made much of difference in stability. For now I will likely stick to the Stinger’s for most of my drytooling use because of the burlier front point. 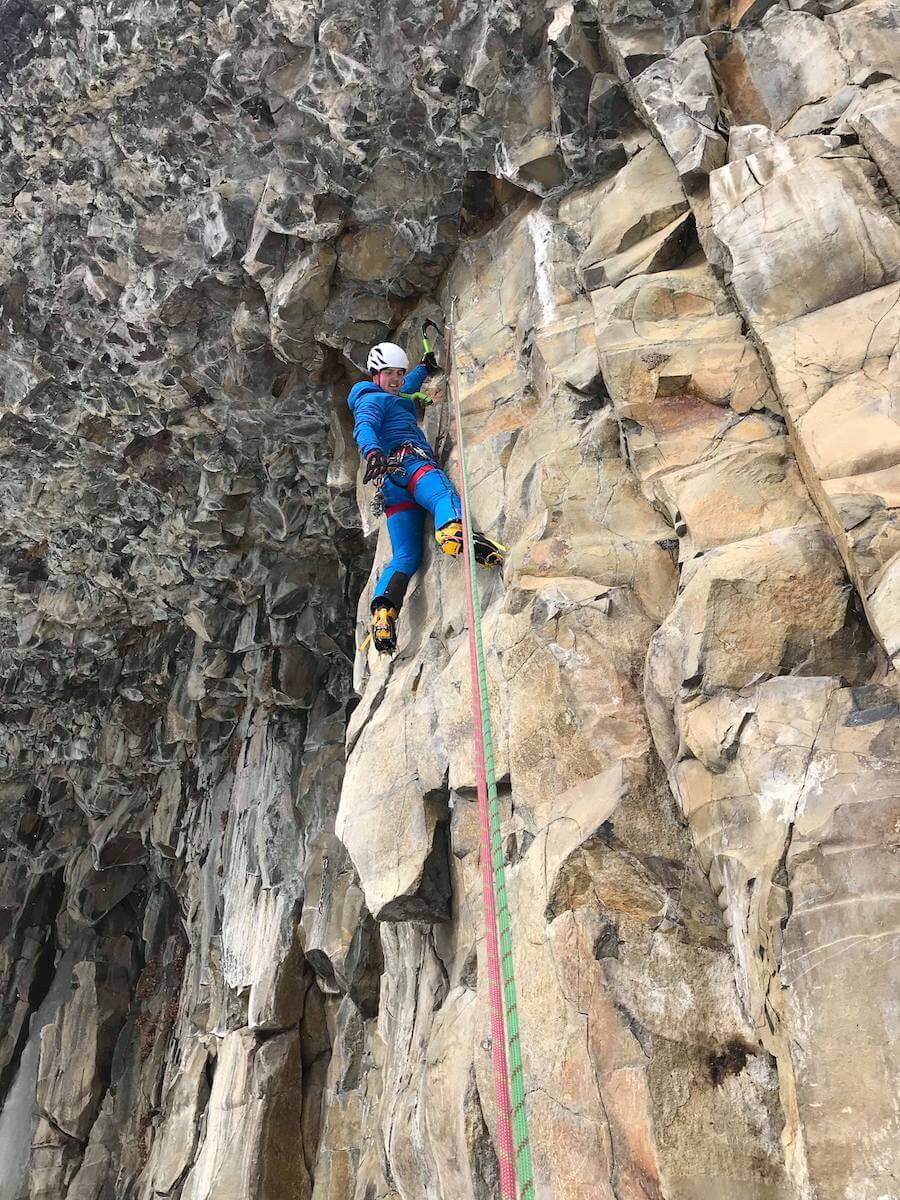 The G20 Plus’s are not designed for this type of travel and thus are not the best option. This is because mono points do not offer the stability of horizontal front points on flat ground, unconsolidated snow, and softer névé. Additionally there is no front anti-ball plate, so in wet and sticky snow, ice sticks to the bare metal and accumulates under the ball of the foot. This can be banged off with an ice tool, but un-monitored accumulation could be dangerous on steeper slopes.

Now if I were going on a ski mountaineering trip the featured hard climbing on the ascent, but skis for the descent these would be a great option. 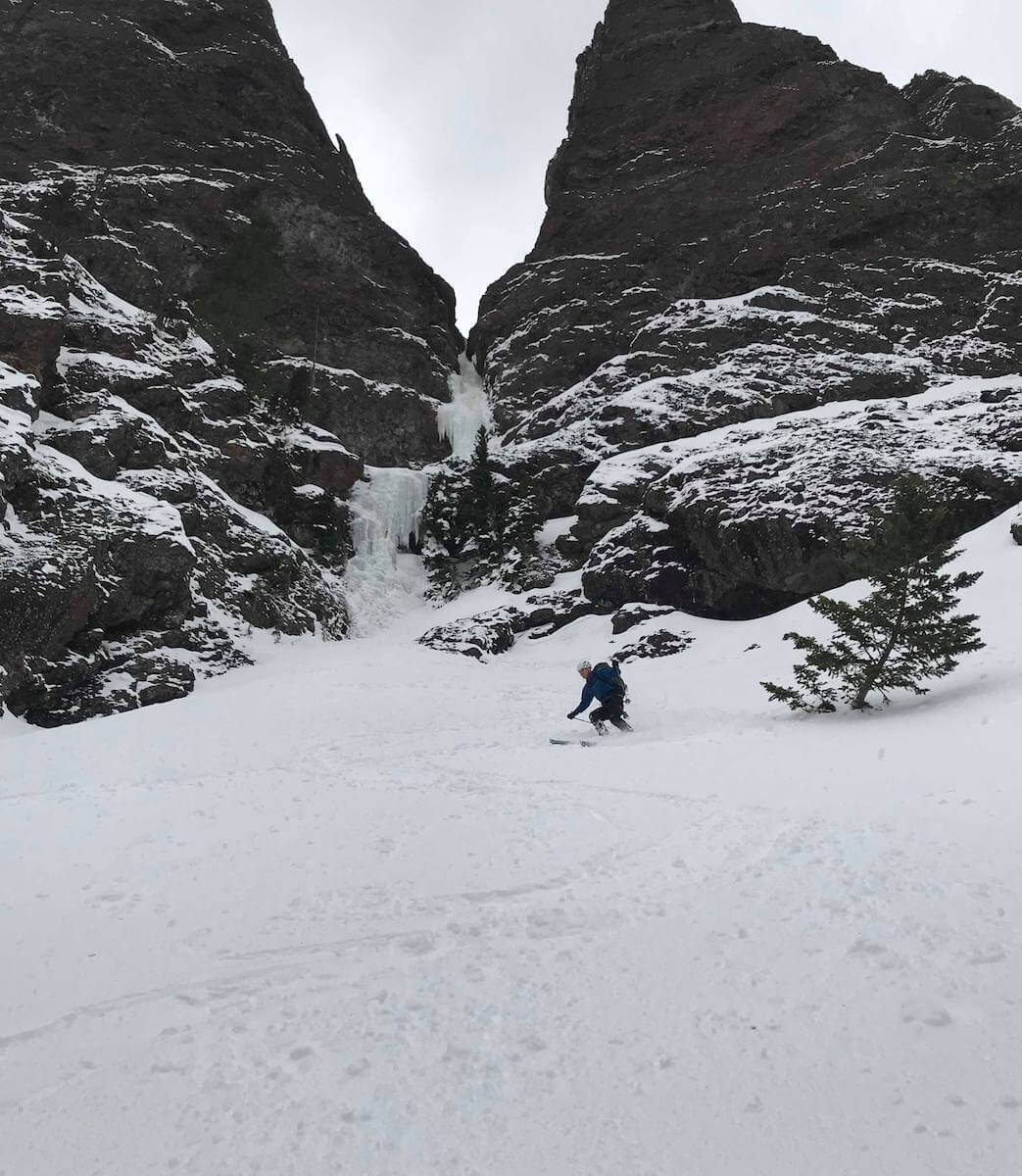 A few weeks into testing, during the course of normal transportation and use, I noticed that one of the toe bails had rotated out of the font oval slot into a precarious and potentially dangerous position (see attached photo). Most crampon toe and heal bails function through the use of round bars with stamped intentional flat spots. These bars do too, but then they can be rotated beyond normal range of motion to align the flat spots with corresponding oval holes; the bail is then significantly flexed out and possible for disassembly. 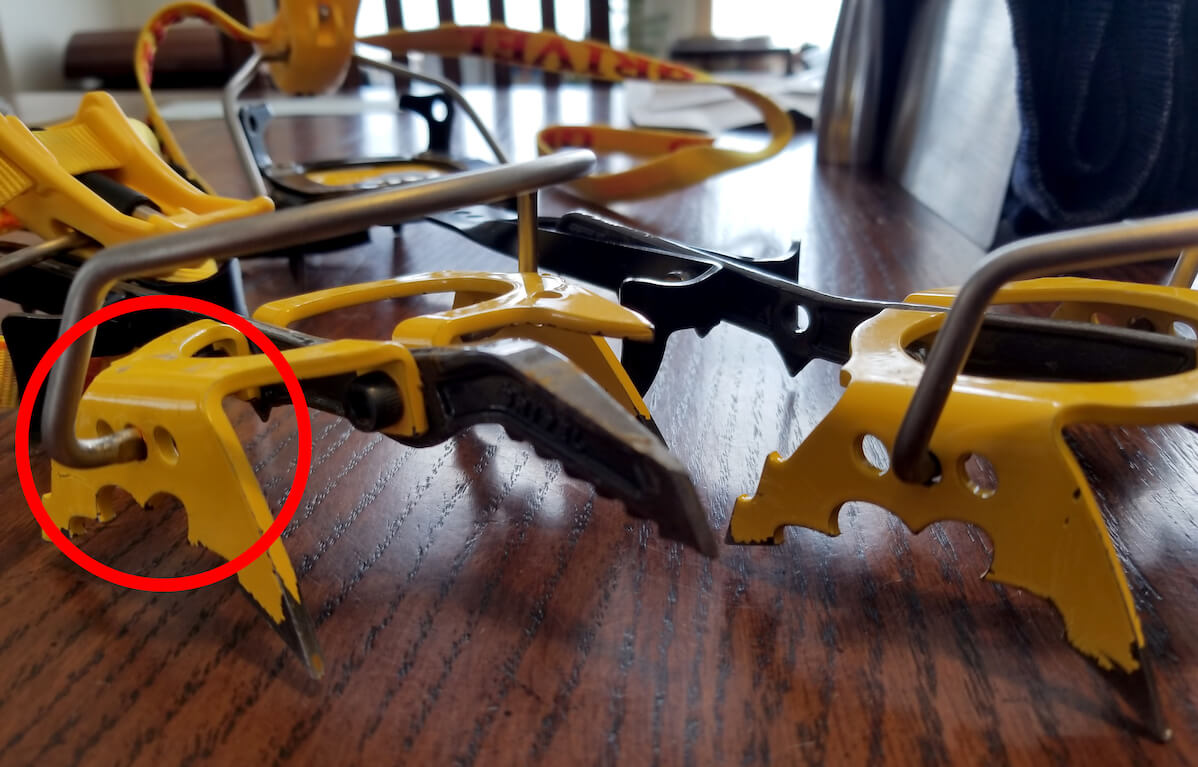 Upon further inspection it was observed that when slid over to one side and not flexed the flat stamped spot on the bail could rotate into the oval hole. This occurrence was brought to Grivel’s attention and they promptly shipped out a replacement set of bails that have mitigated the problem. When in doubt keep an eye on these attachments points in the first few weeks.

There is no front anti-ball plate. This is fine while climbing, but far less ideal for walking around on sticky snow. They are not my best option at the very end of the season when the ice gets sun aerated, sun affected, or when the snow is sticky. To really round out the G20 Plus’s usefulness in more conditions I hope in the future they are able to add a tiny anti-bot plate like the current G22. And, ideally, it would be removable for those ultra weight concerned individuals. 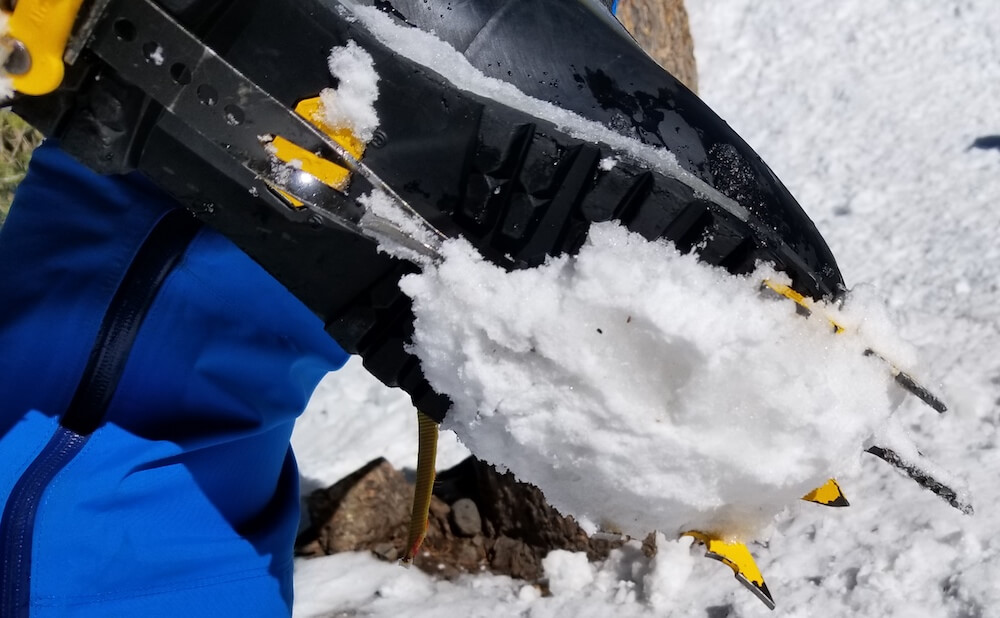 Since the front, rear, and center bars are all bolted together, the crampons do not slide together for storage or transport like many of their contemporaries– this is not a big deal in my opinion, but if you pack your crampons inside your pack they will take up more space now.

For a fully functional crampon these things are light (sub-900 grams) and the front point is still replaceable. When the ice is cold these are the best crampons I have ever used. The G20 Plus’s felt more precise than similar Black Diamond offerings like the Stinger and Cyborgs. I have not compared them to the Petzl Dart, yet.

The narrow width of the font point seems to fracture brittle ice less, thus leading to more secure penetration and overall the feeling of stability. You can always get away with sloppy technique for WI2’s and 3s, but that all changes as things get steeper and longer. Relaxed legs are happy legs and this sharp front point seems to contribute to less overall calf fatigue.

The additional points on the center bar do in fact seem to add additional stability under your arch on bulgy ledges and technical terrain that is not uniform. 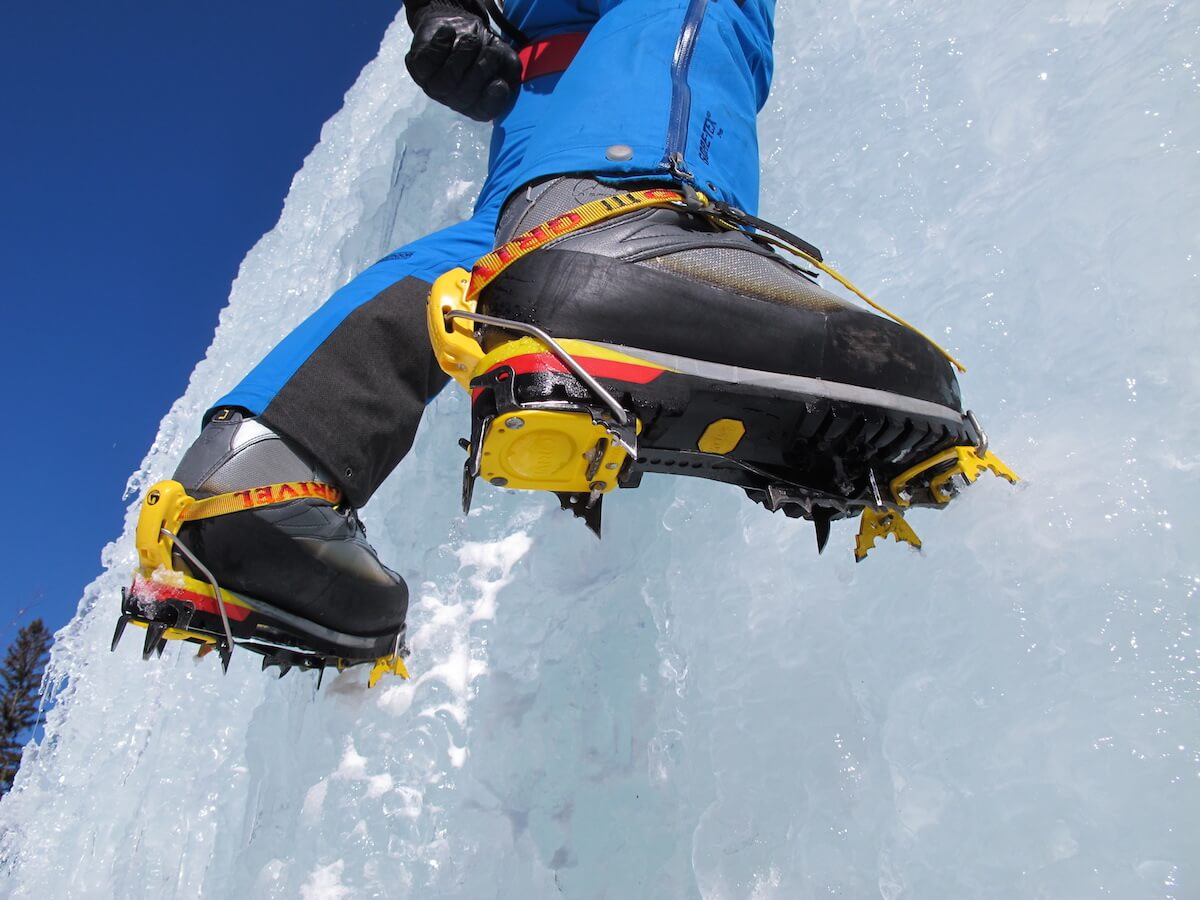 As a weekend warrior who uses all his vacation time to climb, these are now my go to crampons for pure ice, especially WI4 & 5’s. Although I have not pushed the crampons to their limit on harder and longer mixed climbs, I have no doubt they will function admirably there as well. They maybe not the best option for strict dry tooling in terms of durability, but the replacement points do leave the option open.

Overall the precision front point allows the G20 Plus’s to feel like an extension of the boot and your thoughts. Most of the time it takes only one fluid kick and each foot becomes a stable platform that instills confidence even when the ice is shattery. While climbing, these crampons melt away from my consciousness and allow me to focus on everything else, conserving energy, placing appropriate gear, and enjoying myself. I don’t think there is much more you can ask from a piece of gear.

Here are the online shops where the G20 Plus is available now:

And one more photo for the road… 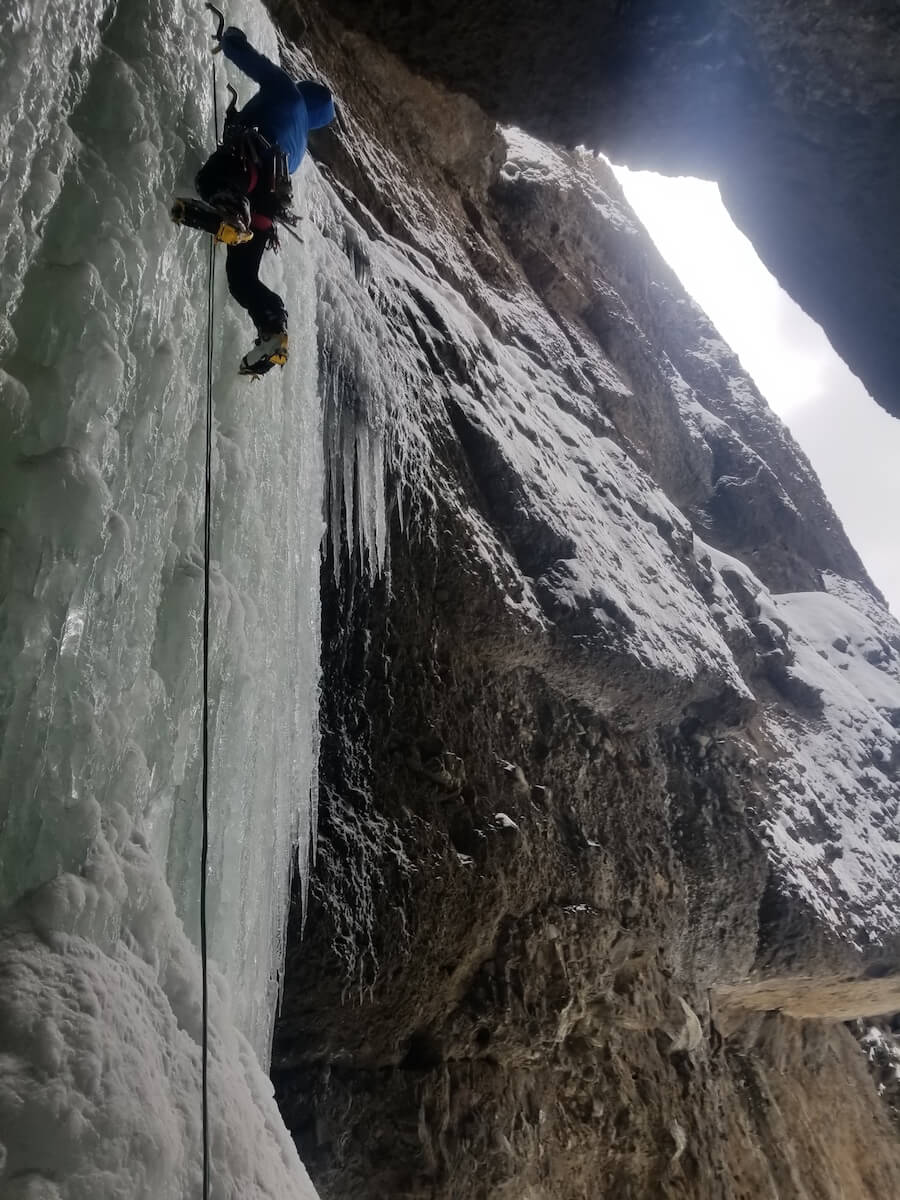 CAMP Skimo Crampons - Which is Best?

Kirk Turner built an affinity for endurance sports as a former professional cyclist, however he now enjoys pursuing a more broad range of outdoor activities. At any given time you may find him ice, mixed, or rock climbing, fly fishing, mountain biking, backcountry skiing, or trail running wherever there is wilderness to explore. He works as a product designer 9-5 and resides in Portland, Oregon with his girlfriend and their phenomenal adventure pup Kaida. Follow along on Instagram @kirkw.turner.

[…] find tools are sexy, unlike crampons. That’s just how it is. Tools become extensions of our arms and our hands and they are what […] 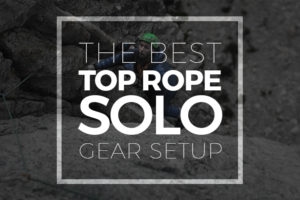 Toprope solo climbing or (TR soloing) is a form of toproping that doesn't require a belayer, making it ideal for quick sessions,...
Copyright 2013-2018 WeighMyRack LLC
Back to top
Backcountry has 25% off gear & REI has 22-60% off in the Outlet. See the list of over 20% off gear here
%d bloggers like this: