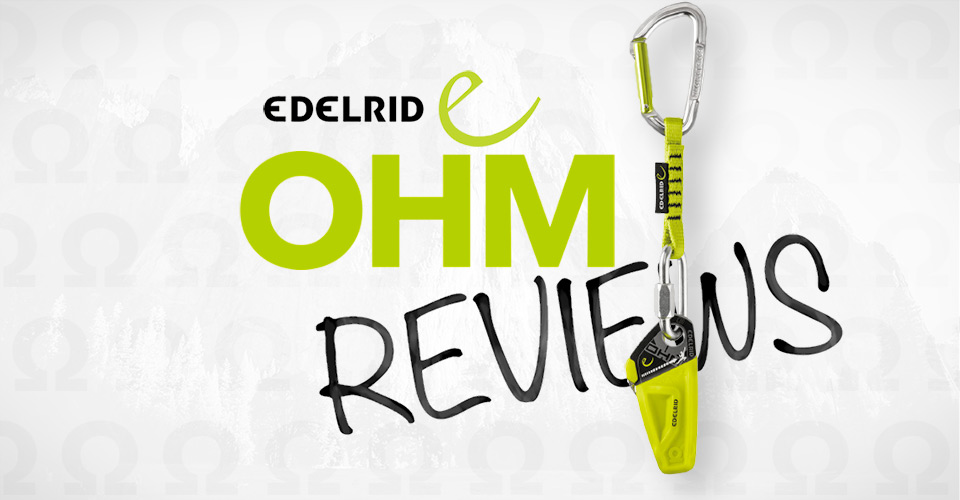 We interviewed pro climbers, gym owners, coaches and guides who’ve tested the Edelrid OHM before it’s official release. This is what they have to say about where they’ll be using the OHM in the future.

You can read their more nuanced in-use comments in our other post that covers how to use the OHM and includes belaying and climbing tips and considerations.

I don’t necessarily see the need to use the OHM between my partner and I even though we fit within it’s weight difference scale but that is largely due to that fact that we climb together very often and so we know each other’s climbing styles perfectly.

Still, I could see myself using the OHM on routes out at Smith rock where the crux might be low and a soft catch plus dynamic elongation might bring me closer to the ground than I’d like. Where I would use the OHM more frequently is in our local gym where the walls aren’t very tall and ground can still be possible from halfway up the wall.

Definitely, I would strongly encourage the device to new climbers or partners with significant weight differences when climbing in our local gym.

When I first watched a video of the OHM being used I thought it was a bit gimmicky and wasn’t sure if the extra steps of setting it up would be worth the added benefit for the belayer. The first lead fall I caught while using the OHM I was sold.

As a coach, having access to an OHM with our competitive youth climbing team gives me a lot more options with how I structure our sessions and who I pair up as partners. The first bolt/draw in a lot of commercial gyms can be pretty low, and when you have a larger lead climber paired with a smaller belayer you can run the risk of the belayer being pulled into the first bolt.  Introducing the OHM into the system allows me to have more options of who I pair up to climb together.

The upside is that it makes catching falls for the belayer much easier. Downside? The climber gets a slightly harder catch.

I weigh about the same as most of my climbing partners however I can think of a couple of my buddies who outweigh me enough that I would have use it, especially if they were working something with a crux fairly low to the ground.

We do a lot of mixed climbing around Canmore in the winter and I can see this being awesome for belaying heavier climbers on bolted mixed routes. It’s never a good feeling to be pulled up off the ground towards your partner’s crampons! I can see myself using this when guiding at mixed climbing crags.

In the gym I’ll be happy to provide the OHM for guests to use at no charge. Allowing climbers with a big weight difference to have a better (and safer!) experience is worth it!

The OHM takes some getting used to, much like any new device. If you’ve ever belayed a 200lb silverback gorilla, then you know what it’s like to be my belayer! But seriously, I whipped repeatedly from the 2nd draw on  a route with a belayer that weighed 80lbs lighter than me- basically trying to deck (to no avail).

For the sake of my relationship stability, I’d say every time my girlfriend and I climb we’ll be using this. Anytime you’re dealing with a route where ground fall potential is a concern (due to falling low and/or big spaces between lower bolts), using the OHM is a no brainer. If there’s concern the belayer may get out of control while lowering, using the OHM is also a good idea.

October 2016: Climbing gyms in North America will get the Ohm (for gym use only, not sold at retail).

The OHM is out now!

Are dry treated ropes really worth it? 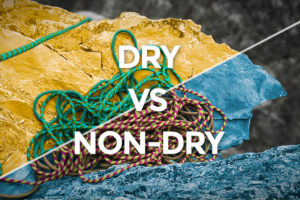 Are dry treated ropes really worth it?

What are Dry Treated Ropes Made for? Dry treated ropes aren't only for alpine climbing, ice climbing and mountaineering....
Copyright 2013-2018 WeighMyRack LLC
Back to top
Backcountry has 25% off gear & REI has 22-60% off in the Outlet. See the list of over 20% off gear here
%d bloggers like this: