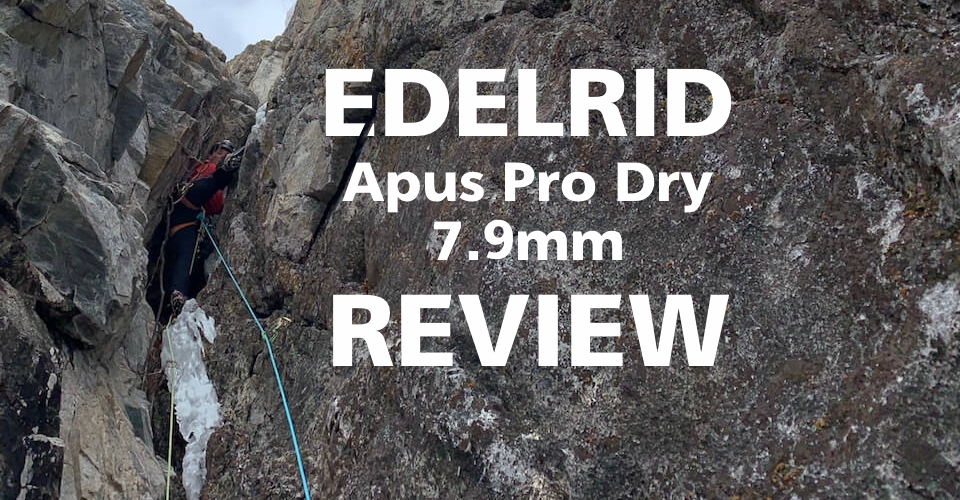 This review is written by guest author and all-around humble badass Jeff Shapiro.

For me, my rope isn’t just a life-line that protects me from falls but it’s the thing that connects me to my climbing partners. The rope allows non-verbal communication and represents the proverbial “bond” that each of us agrees to when we choose to tie in. It’s a piece of my climbing kit that I feel justifiably critical about and I’m here to say that I’m impressed by Edelrid’s Apus Pro Dry 7.9mm twin/half ropes.

I was interested in finding a pair of “daily drivers” – ropes that I could take to the crag and try hard on. As someone who’s passionate about climbing, I was already familiar with Edelrid but, total aside here, did you know they developed the first dynamic rope capable of multiple falls? Anyways, as I was staring down Edelrid’s skinny rope line I felt like the I was most interested in the Apus Pro for climbing ice and mixed routes. It’s a little fatter than their 7.1mm Skimmer but the extra longevity and durability would be an obvious plus. 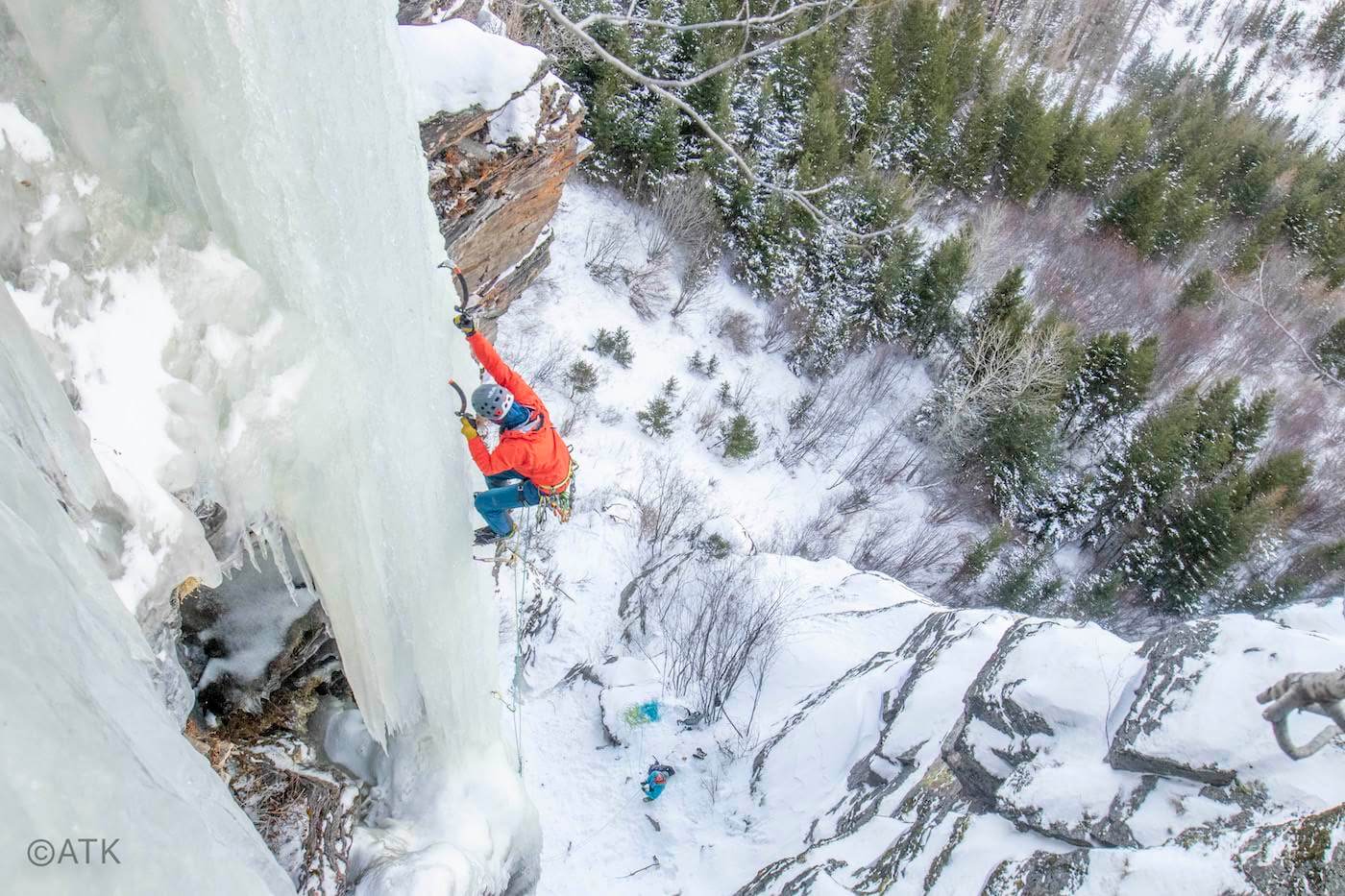 Honestly, I’d pick a 60m pair of 7.1mm Skimmers for alpine routes in the big mountains but I felt like the 7.9mm Apus half/twins made for the perfect compromise between light and fast, and the comfort of a little extra burl factor.

I ordered my Apus’ in the 70m length but it was cool to see they also cut them in 80m lengths for those who are pushing the limits on long, overhanging, single pitch routes.

One of the banes of my existence for new skinny ropes is the necessity to uncoil it and go through the hassle we all know so well: dealing with the twists and resulting cluster f*%k. Being that Edelrid is apparently a company made up of climbers who experience the same things I do, they designed a machine that would reverse-engineer what causes a factory coiled rope to twist. The result is a rope that you could literally tie into while still wrapped in it’s label. I was dubious but, as I grabbed the accessible rope end sticking out of the rope’s packaging and started pulling, the rope indeed came out tangle free and even more impressively, coiled easily to go into my pack for my trip without a single tangle or propensity to twist.

After climbing on these lines for multiple days I can confirm not a single issue. I know that sounds trivial but, I think I’d rather get kicked in the shins with crampons than deal with a tangled rope in a storm, this is a feature I appreciate……a lot! 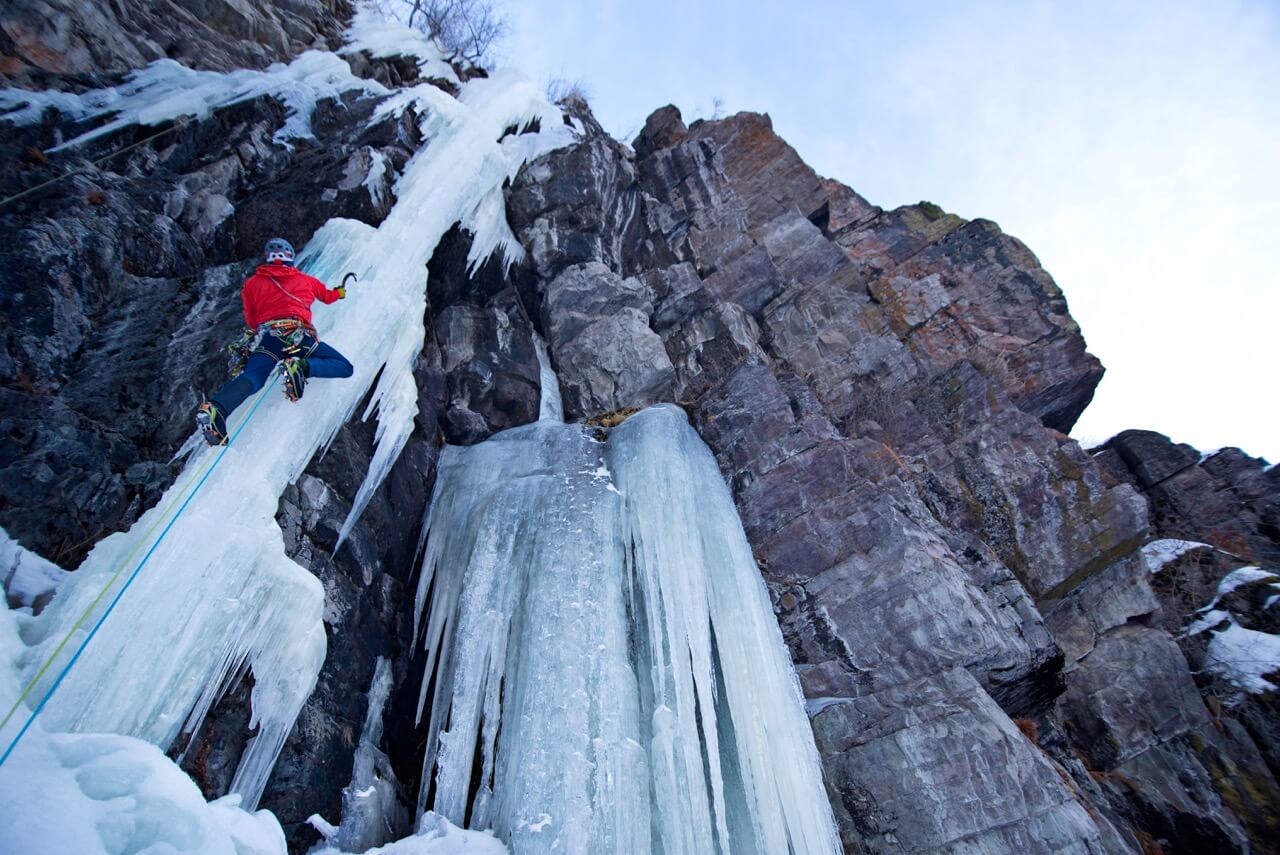 Some classic facts about the Apus Pro Dry:

Although I didn’t really notice, it’s worthing mentioning the Apus twins weigh a bit more than other ropes of the similar diameter on the market. After asking Edelrid about it, I learned the extra yarn in the Apus Pro is meant to give it additional durability and longevity.

The Apus Pro has an excellent hand. After calling the guys at Edelrid and asking them about the rope process, I found out this smoothness is mostly due to Edelrid’s unique finishing process called Thermo Shield. I learned that when the rope’s heat treated, the fibers relax within the rope and then shrink. This shrinking of the outer and inner yarns, allows their characteristics to match so they slide against each other equally. This means, even after extended use, the fibers don’t shrink unevenly nor get stiff nearly as quick (if ever) as a rope that doesn’t go through the process. Pretty cool! I’ve had other ropes over the years that after expeditions turned into dry and stiff cables and it seems that Edelrid’s ropes won’t do that. I’ll update this review again after long term testing to confirm.

This process is hard to describe but you can see it in the video here, starting at 3:30 min:

I also found the Apus to have an impressive dry treatment. For a winter rope, this is a key selling point for me. There’s nothing worse than a saturated rope turning into an icy cable when the decent gets tricky and/or scary. Apparently, UIAA standards for dry treated ropes require a rope to have less than 5% water absorption based on its weight. The Apus Pro Dry passes and exceeds those standards by absorbing less than 2%.

When I first got them, I took my new lines up a pillar on a warm day which required climbing under an absolute downpour. This was, of course, followed by the necessity to pull the ropes through running water just below the anchor on a 32F day. After an average amount of time to bring my partner up, I thought for sure we’d end up with wet legs as our rappel devices rung our ropes out in our laps but, it ended up being an impressive “non-issue.” Granted, the ropes were new, and again, only time will tell, but I’d be lying if I said I wasn’t impressed. 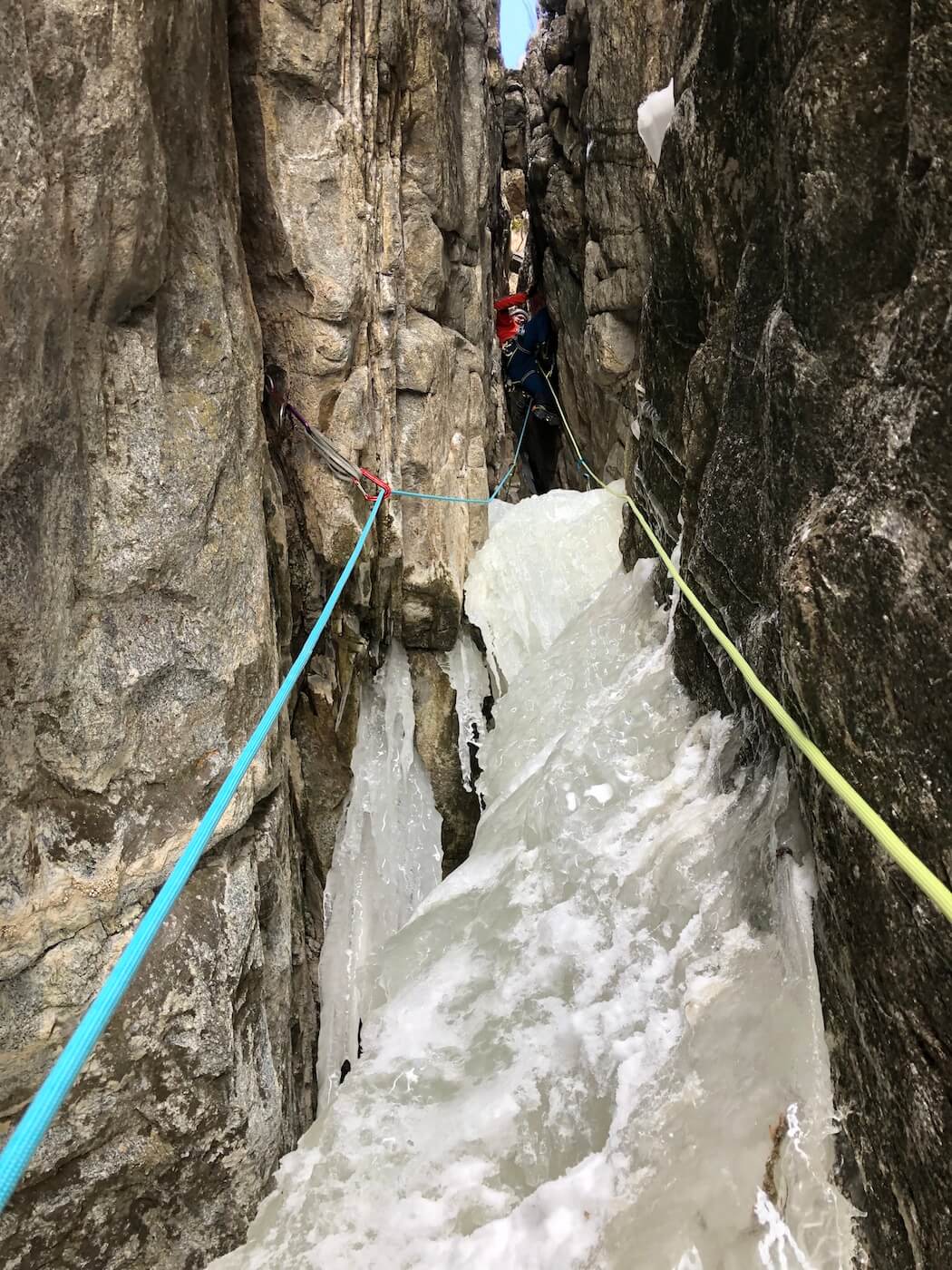 The author, Jeff Shapiro, on an FA in Blodgett Canyon. Photo: Justin Willis

An important issue for me in today’s climate is environmentally sound manufacturing. It was really cool to learn that Edelrid has begun the process of creating dry treated ropes that contain no fluorocarbons or PFC’s. At the moment, this treatment is only used in the 8.9mm Swift EcoDry rope, but it’ll be expanding throughout their line in the future.

Manufacturing in environmentally responsible ways has been a topic discussed passionately within the outdoor industry but Edelrid is the first climbing company I’ve seen take a proactive stand. For example: all of their dynamic ropes and the vast majority of their static lines have the Bluesign product label. Edelrid doesn’t tout this enough, so I feel the need to expand. This means that when compared to traditional rope manufacturing techniques, they uses 89% less water, with 62% less CO2 emitted, and 63% less chemicals and energy used during rope production. For some, this might be a trivial selling point but for me, it matters in a big way.

Edelrid has other bluesign products too, like their Huascaran harness, the first climbing harness to be certified a Bluesign product.

If you’re curious to hear more about Edelrid’s sustainability efforts, check out this video (made by WeighMyRack):

I’ve used the Apus Pro exclusively for all ice and mixed routes this season. I’ve definitely gotten out quite a bit and have done a couple new routes with them and they’re sweet! The Apus Pro has no twists, is very dry, and it’s easy to manage. What more can you ask for?

An interview with author Ari Schneider 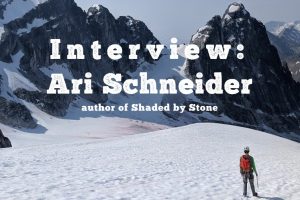 An interview with author Ari Schneider

After reading and reviewing Shaded by Stone, I wanted to get to know the author, Ari Schneider, even more. The book...
Copyright 2013-2018 WeighMyRack LLC
Back to top
Backcountry has 25% off gear & REI has 22-60% off in the Outlet. See the list of over 20% off gear here
%d bloggers like this:
We use cookies to add buying options and for analytics. By using this site we assume you are OK with that (scroll to accept). Cookie PolicyOk