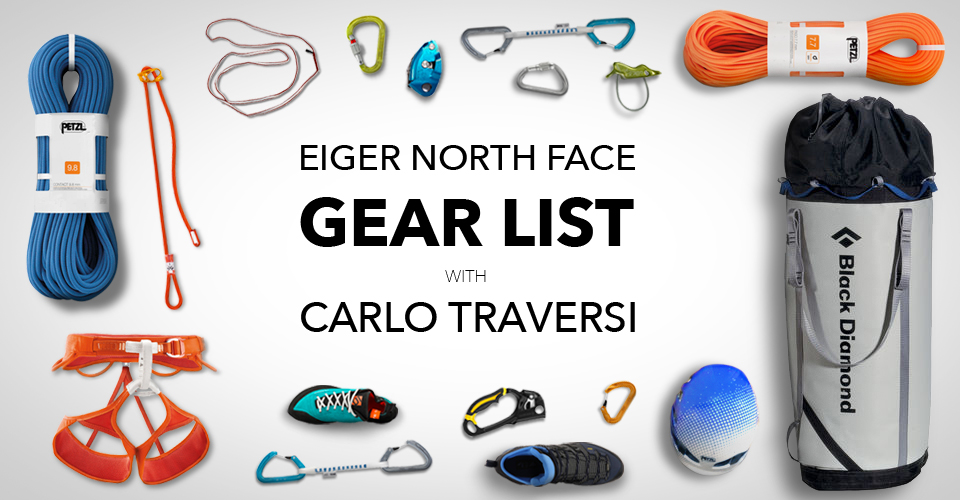 On August 29th, Carlo Traversi and Sasha DiGiulian topped out the north face of the Eiger, completing the first American ascent of Magic Mushroom (5.13a). Going into the project with more alpine experience than Sasha, Carlo took on the bulk of the gear preparations so we wanted to hear his gear experiences on the climb. 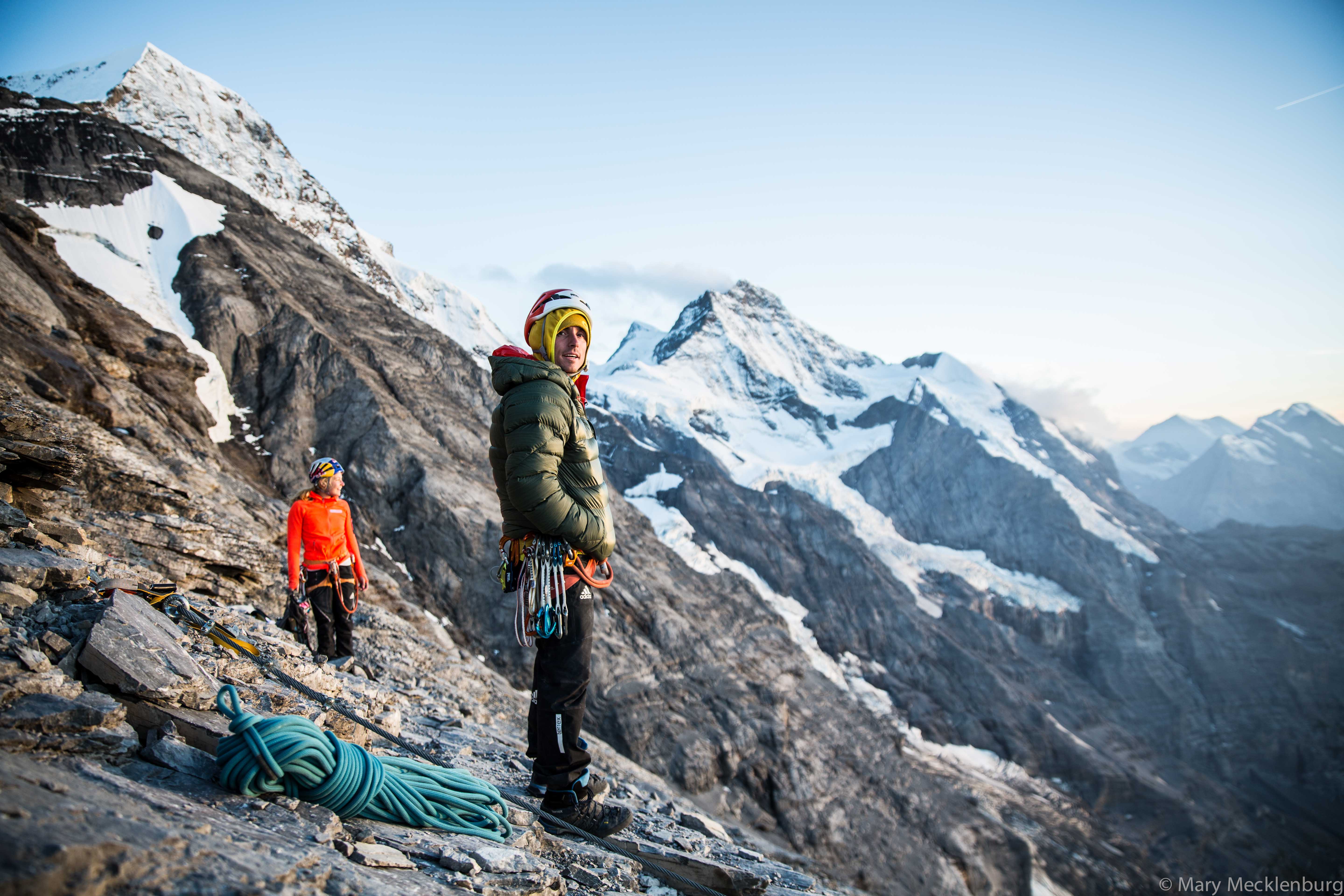 I did all the gear ordering for what we needed up there. I had maybe 2-3 weeks to put together a gear list and it was pretty full-on. There was a lot of gear we needed. This one was mostly a sport route but we did take some trad gear as well.

The trip was largely a Petzl trip because Sasha is a Petzl athlete and I work with Petzl as well. And since the route was mostly sport climbing and not as much trad it was easier to go to Petzl for most of the gear, but we did use some Black Diamond gear also.

I’d definitely like to thank Petzl for providing us with most of the climbing gear that we used. They were super helpful in getting us everything we needed. 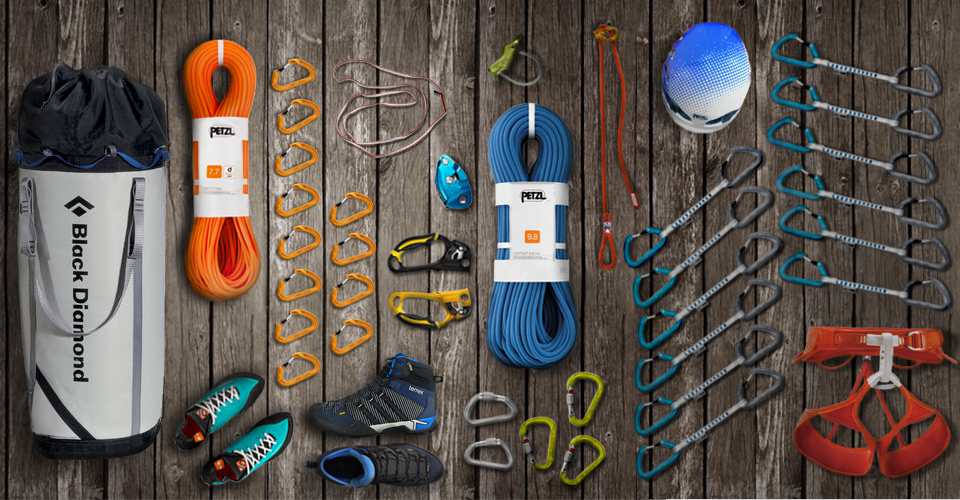 The total pack weight varied because part of the time we were carrying full camping gear, sleeping bags, all the food and everything. But just climbing gear for the 2 of us I’d say probably 20 to 25 pounds. But more than that with ropes for sure.

We each had a Reverso. One of us carried a GriGri. We only had 1 GriGri on the wall. They’re heavy but we used it for belaying the leader because it was easier to be organizing stuff when you have an auto-blocking device, just to be extra safe.

We had just the two ropes, a Petzl 9.8, 70 meter for climbing and a Petzl 7.7, 70 meter for hauling. And we used them for the whole month, just those two ropes. I was really impressed. And they’re still going strong, not beat to shit.

I was using a Petzl Sama and Sasha was using a Hirundos. The Sama is super comfy and worked great the whole time. I think in retrospect Sasha would have been happier in a Sama because the Hirundos is pretty light weight and we were doing a lot of hanging belays. I was happy that I went for a little bit beefier harness, for sure. But it worked out both ways.

We were carrying a small pack while climbing, the Petzl Bug. And then when we were hauling we were also carrying the Black Diamond Touchstone haul bag for the bulk of the gear.

The Ange quickdraws have a little bit of an issue with them. Twice I was in a weird situation where the draw was coming unclipped. It’s kind of strange and I’m not sure if it was actually an issue with the draws or not. I would maybe modify them before I used them again. It would be nicer to have a tighter piece of webbing around the ‘biner on the bolt side. But really there was nothing we used that didn’t work the way it was supposed to.

Definitely the systems, like making sure the ropes were coiled at belays, dealing with the haul lines, and just simplifying the belay systems so we were both on the same page made things speed up. It took a little while for us be on the same page about how to set up belays and how to organize that. That was one of the first things because I’d get to a belay and it would be different from what I would normally set up, so we each made some compromises as to what system we were using and what was going to be the most efficient for both of us.

Efficiency in belay changeovers was probably the fastest thing we were able to work through. Also just route leading and understanding the terrain. Learning how to move faster in the terrain we were in definitely progressed as the trip went on. 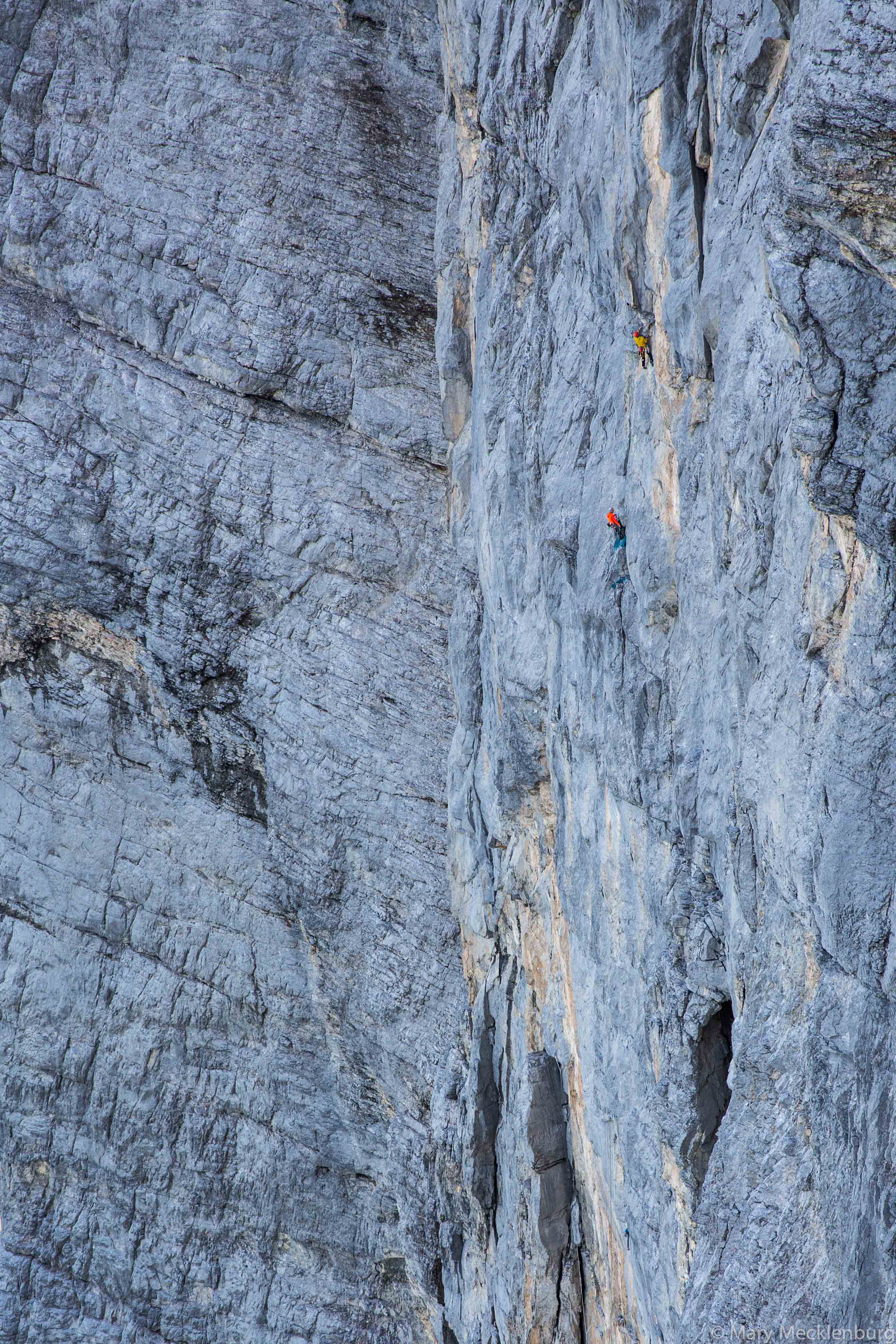 Hats off to Carlo and Sasha for their tenacity and impressive climbing. The first American ascent of Magic Mushroom would be an impressive highlight on any climber’s resumé. But for two climbers with little big wall or alpine experience that hadn’t climbed together, the accomplishment becomes monumental. On a climb of that magnitude, it’s imperative to get your systems and gear dialed. With Petzl as the main sponsor of the climb, Carlo’s gear list was almost entirely Petzl gear. However, it still takes time to coordinate and pack the gear even if you’re working primarily with one brand. The most important part about picking gear is to make sure you know how to use it. Climbing skill can sometimes make-up for a lack of gear knowledge, but thoroughly knowing your gear and how to use it will increase efficiency, the chance for success, and your safety on every climb.

What a great idea for an article, I read it with much interest. We are all impressed by the achievements of the leading edge climbers but it is really novel and informative to look in detail at the gear they are using. Those approach shoes sound good. Nice work WMR! 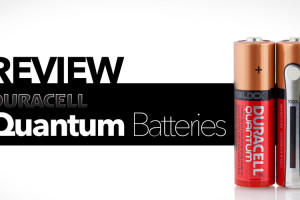 Following his success on the Dawn Wall project, Kevin Jorgeson partnered with Duracell to create a "Perfect Pack"...
Copyright 2013-2018 WeighMyRack LLC
Back to top
Backcountry has 25% off gear & REI has 22-60% off in the Outlet. See the list of over 20% off gear here
%d bloggers like this: