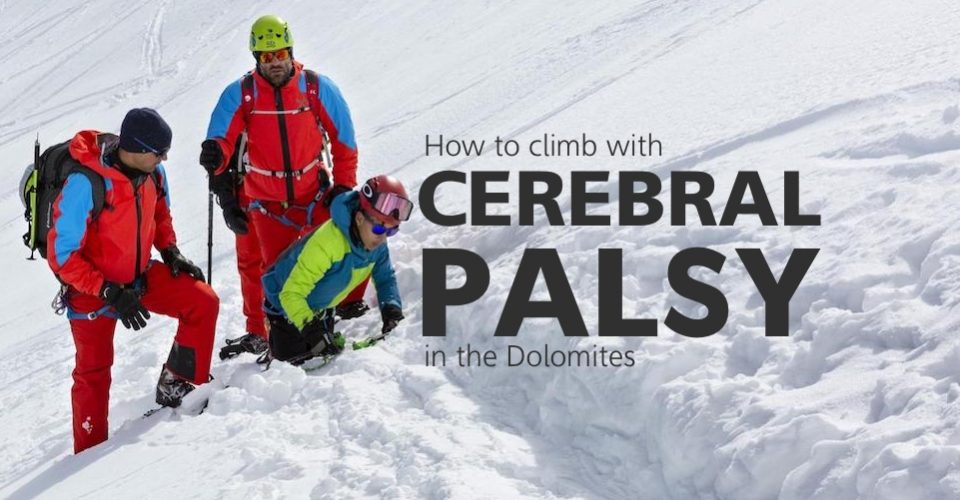 This is a guest post by Pedro McCardell, an adventurer, entrepreneur and filmmaker who is passionate about making the outdoors accessible to everyone.

Getúlio Felipe Fernandes II was born 14 years ago with cerebral palsy, a condition that doctors said would leave him paralyzed for life. At the age of four, Getúlio was advised to start using a wheelchair, which he refused. He told the world he was going to learn to walk. Age 5, nothing. Age 6, nothing. Age 7, Getulio took his first steps.

I met Getúlio Felipe in Brazil when he was 9 years old at a local event where I was volunteering. From the moment I met Getúlio and learned about cerebral palsy and how he taught himself to walk at age seven, I knew he’d change lives and be an inspiration to others around the world. 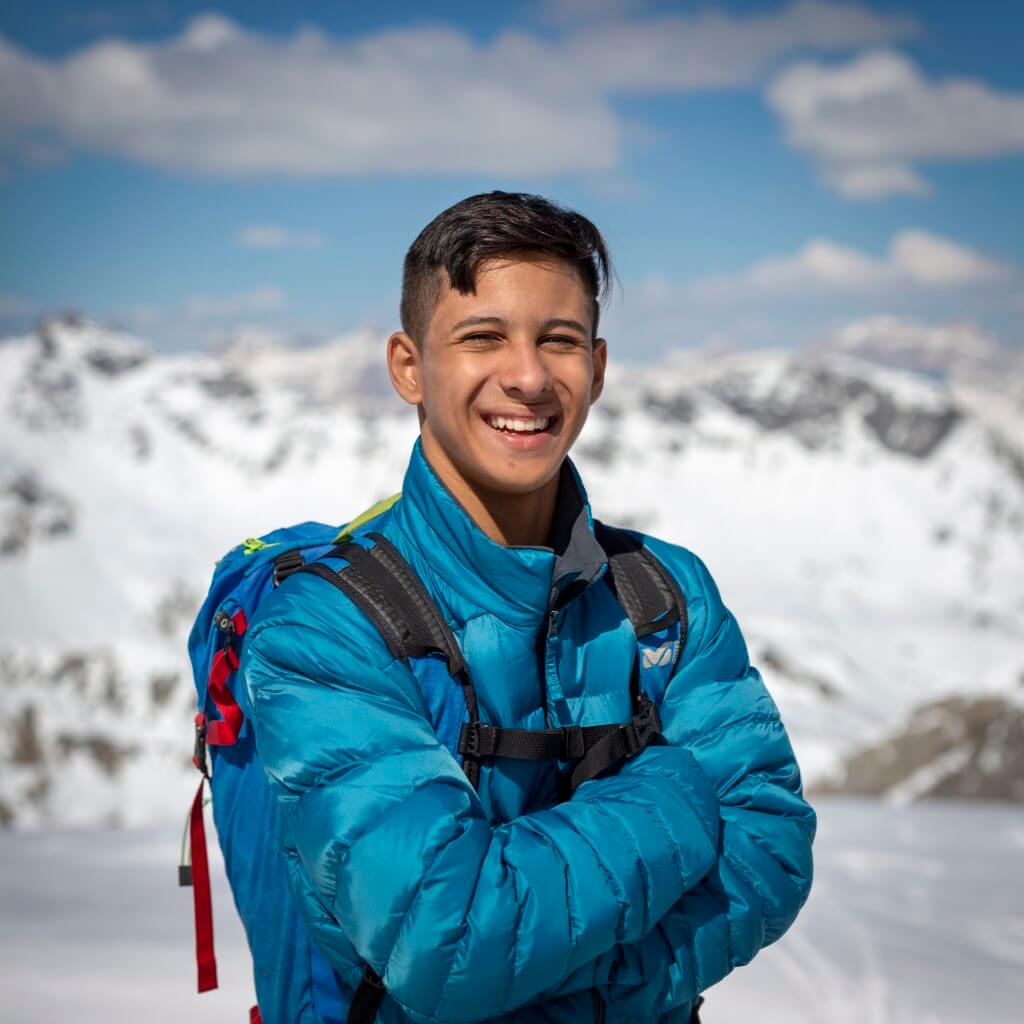 In 2015, a year after I met Getúlio, I sent him a video from one of the basecamps of Mount Aconcagua, and invited him to climb a mountain with me someday. I knew this was a little crazy, but I thought it was a chance to motivate him to do something outstanding. He quickly sent me back a voice note and accepted the invitation. For the past four years, Getúlio trained his mind and body for the climb.

He worked on strengthening his upper body, core, and legs on a rowing machine and climbed up and down a ladder propped up against a cement wall in his backyard. He was determined to get as strong as possible so that doctors would clear him to climb. At age 14, his doctors cleared him, and we set a date to climb the Marmolada together, the highest mountain in Italy’s Dolomites range (10,968 feet). The date was set for April 2019.

Over the past year, I worked on organizing the climbing expedition. A number of organizations joined together to provide us with clothing, gear, and support to ensure our safety and help make Getúlio’s dream come true.

Climbing Technology provided snowshoes, crampons, ice axes, ropes, helmets and other safety gear. Montura provided us with clothing essentials, including wind and waterproof jackets, pants and mountaineering boots, which were critical for warmth and comfort.

Being exposed on such a steep slope, we had to be prepared for falling rocks and ice, but also from other climbers possibly dropping equipment. Elikos was also on stand-by with a helicopter in case something unexpected happened.

We had a small weather window and on a practice climb, the day before the real climb, in one hour, Getúlio made it 50m. If he were to make the summit, he would have to walk at this pace for 40 hours, and the climb only got more difficult. We all thought it was impossible, and I mentally prepared myself for the worst.

Then it was the day to climb. At first light on Easter Sunday Getúlio and I, along with professional mountain guide, Alessio Nardellotto, set out to climb to the top of the Marmolada. With pure determination and few words, Getúlio set off, one small step at a time, battling deep snowpack and frigid temperatures. 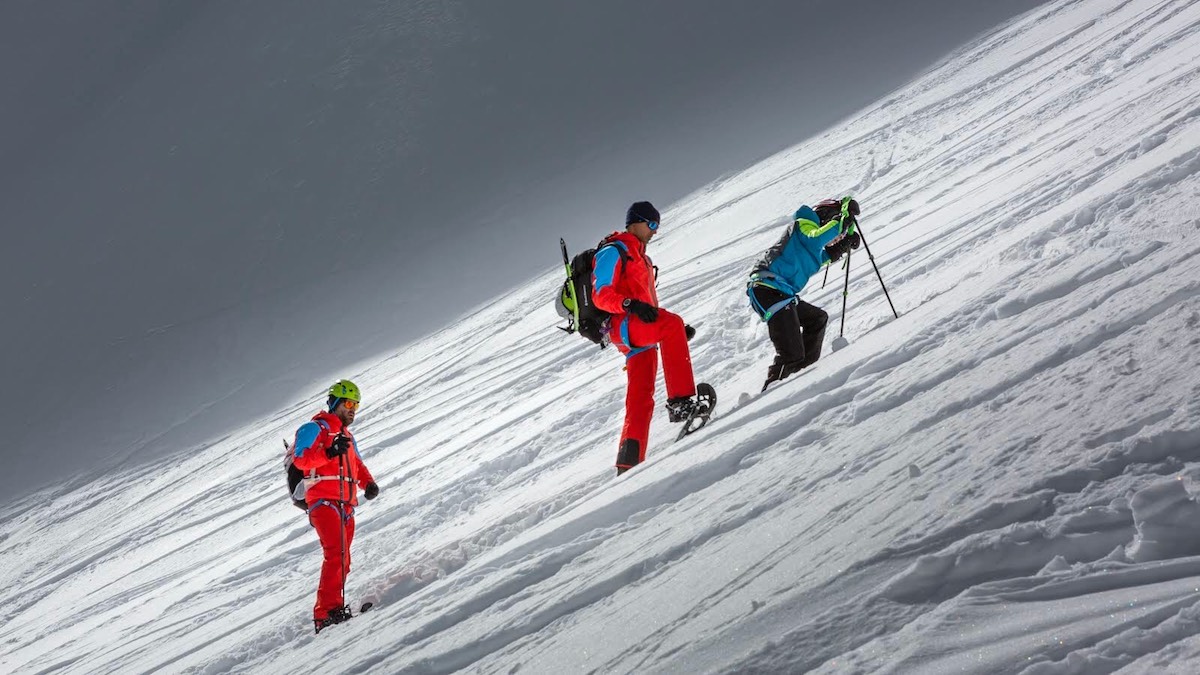 This is not your every day walk up a hill, climbing Marmolada involves crossing a glacier with huge crevasses and then a steep climb requiring ropes, crampons and ice axes. To add to the difficulty, there was a deep snowpack making walking almost impossible. Normally, skis or snowshoes are required to prevent you from sinking down into the snow on the lower glacial terrain, but we quickly learned that Getúlio was unable to walk with such large platforms on his feet because of the limited motion of his legs.

Instead, we had him use chain crampons, something similar to what you would use around the streets to prevent slipping on ice. The chain crampons have a lower profile than spiked crampons, and allowed Getúlio to drag his feet and proceed up the slope. He also found the ice axe cumbersome and preferred to use his gloved up hands for balance, directly on the snow. 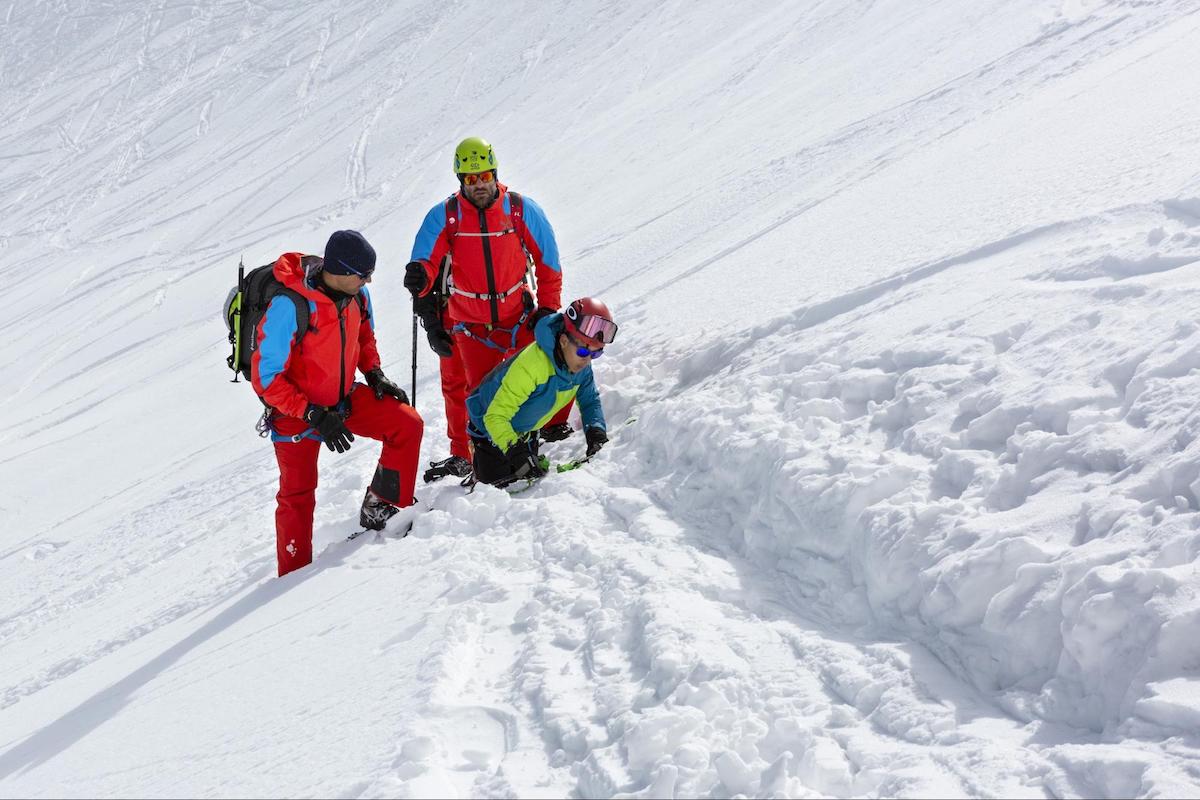 After hours of climbing and pure exhaustion, we reached the steepest section of the climb, where we had to rope up together with Alessio in the front, holding tightly to the rope that lead to Getúlio, with me behind to assist if he slipped. Alessio and I were both equipped with normal mountaineering crampons and ice axes, which were essential, especially because the cables on the Via Ferrata were frozen under meters of snow. 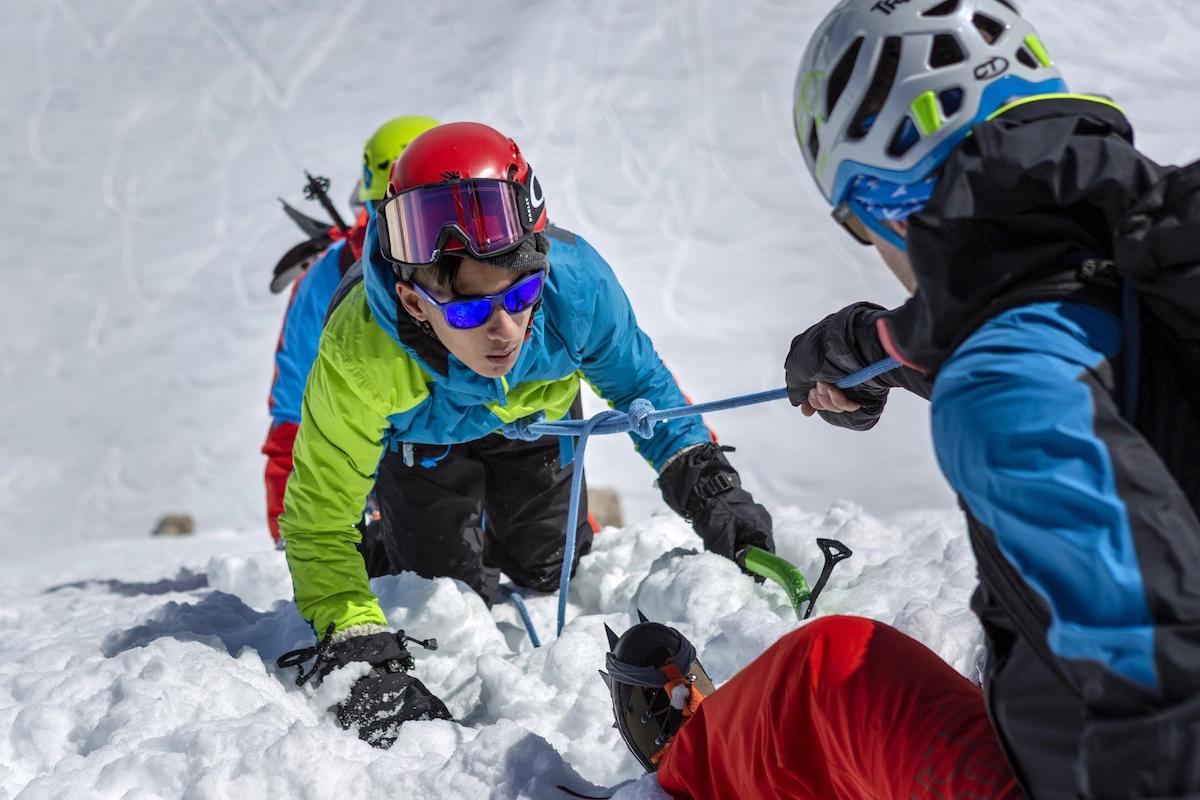 To climb a face like this is difficult for anybody let alone Getúlio. This kind of climbing would be the equivalent of an able-bodied person climbing Mount Everest without oxygen.

We eventually made it up the steepest section and had another few hours to go before we reached the summit. We asked Getúlio a few times if he wanted to turn back, but he was determined to push forward and get to the summit. After nine straight hours of battling deep snowpack, cold weather and physical exhaustion, Getúlio reached the top of the Punta Penia peak, a glacier reaching 3,343-meters! At the top, he took in the beauty and with tears in his eyes, expressed his gratitude and told me, “What a good life!”. 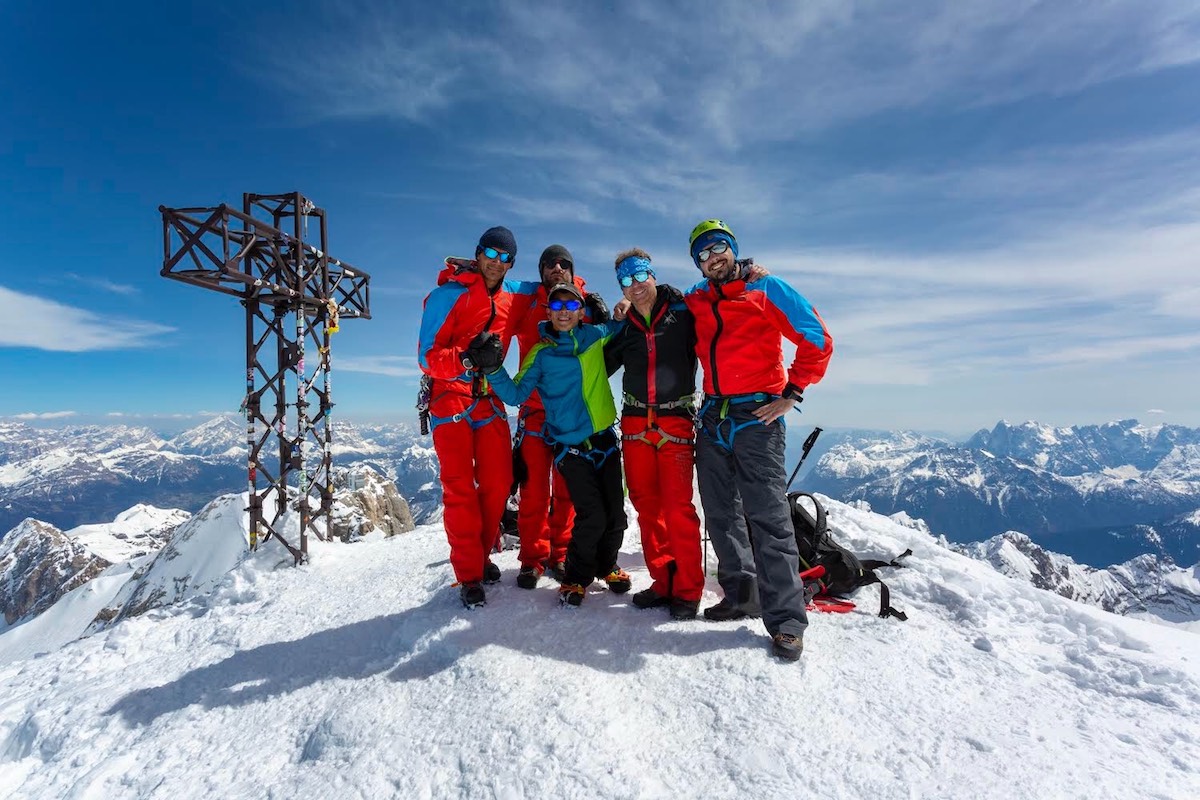 After the summit of Marmolada was completed Getúlio gave his mountaineering boots to the guides so that other people may have the opportunity that he had. Getulio had only an old pair of shoes himself and these boots could have lasted him a lifetime, but he thought it more important to share and give the opportunity to others. He said, it’s not about him, it’s about giving to others, to inspire and to create opportunity.

Every snow-packed step was captured, recorded and will soon be documented in an independent film called “Driven.” The film’s purpose is to help people of all abilities realize that anything in life is possible. Click here to get access to the pre-screening and visit the Lyfx Instagram account for more photos and stories from the climb.

Impressed? Inspired? Donate now to help this video become completed and to reach others.

3 Top Adventure Travel Insurances For Your Next Rock Climbing Trip

Pedro McCardell is an adventurer, entrepreneur and filmmaker that is passionate about making the outdoors accessible to everyone. He is the founder of Lyfx, an adventure app that connects adventurers with local outdoor experts. Follow on Instagram @lyfx or visit lyfx.co.

As ‘important’ as summitting (for me), was G passing the boots on. Salute. Waiting for the movie. Cheers to all involved. 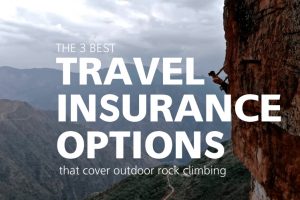 3 Top Adventure Travel Insurances For Your Next Rock Climbing Trip

This guest post is by Jacob Bushmaker, an international climber, and author of the The Wandering Climber. The cover photo...
Copyright 2013-2018 WeighMyRack LLC
Back to top
Backcountry has 25% off gear & REI has 22-60% off in the Outlet. See the list of over 20% off gear here
%d bloggers like this: