The aptly-named Snaggletooth is the first horizontal monopoint crampon, coming to market in Fall 2015.

After a season of testing, it became clear that the Snaggletooth was not only an effective technical crampon for mixed climbing but it actually provided benefits over traditional vertical monopoints in many situations.

With the increased width of the point, there was less shearing than a vertical monopoint when punching up névé. The horizontal nature of the monopoint also reduced wobble on rock edges. With these advantages, even beginning alpinists (or those new to mixed) will find the Snaggletooth can grow with them.

After testing the Snaggletooth Conrad Anker gave this feedback:

The Snaggletooth combines the precision of a vertical monopoint with the dexterity of traditional horizontal crampons.  The best of both styles of crampons are doubled up in what is a ground breaking design. The torque capability in vertical cracks is nothing short of amazing.

Grassroots athlete Whit Magro, of Bozeman, took a pair of Sabertooths and chopped one of the front points.

He then went to BD asking for a production version of his mock-up. Since his altered Sabertooths were not designed as a monopoint, their strength was questionable.

Bill Belcourt, the Director of R&D, was reluctant. He believed the market was too small and he wasn’t sure it would even be possible to meet the necessary strength requirements.

Bill ultimately relented, but with a catch, “If you can get your prototype to the top of Cerro Torre, we’ll do it.”

Whit, who has climbed towers in Patagonia before, summitted and brought in a photo, akin to the ones below, to prove it. 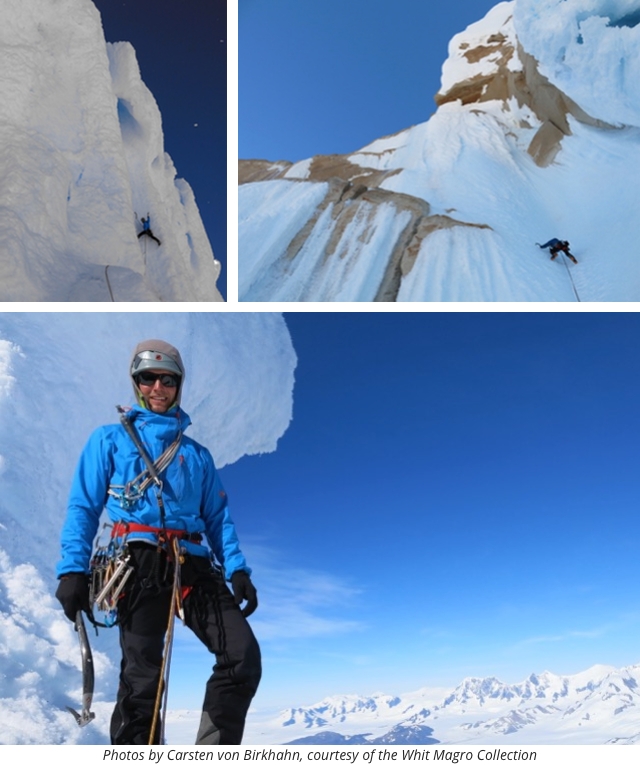 So Black Diamond had to make good on their promise. The concept was simple, but a load of tweaking and research was still needed. Achieving the necessary strength requirements was no easy task. Moving metal as far as they did was a first in BD crampons.

During development they also tried different locations and angles of the monopoint. To test each iteration, they’d climb with one prototype on the right foot and a different one on the left. [Black Diamond employees often test their gear before or after work.] 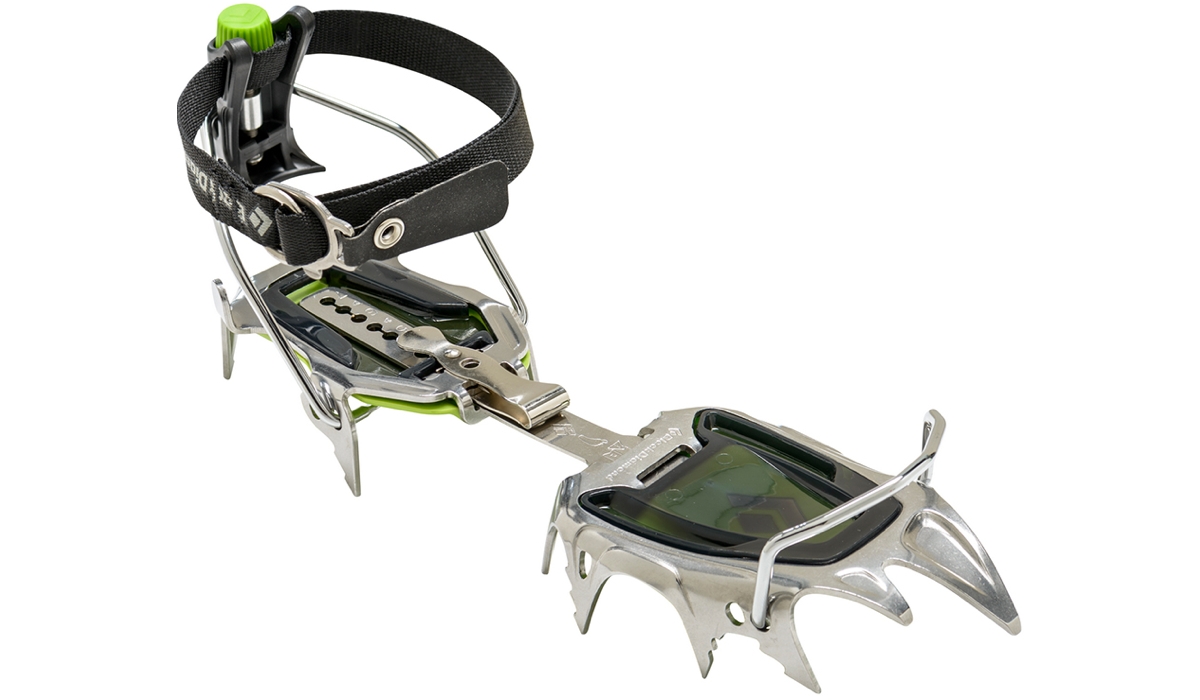 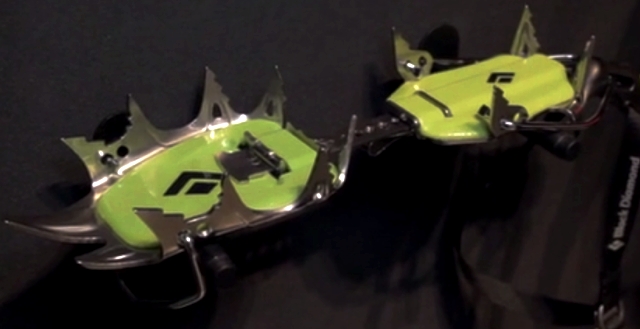 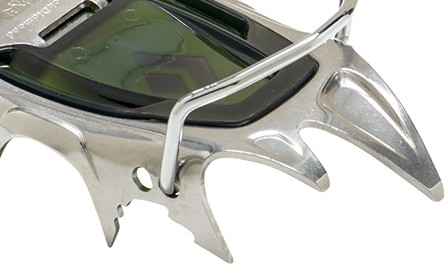 After being a huge skeptic, Bill Belcourt (head of BD R&D) says the Snaggletooth is the only crampon he climbs on now. The horizontal monopoint platform appears to have a significant stability advantage over traditional vertical monopoints. With benefits for alpine and mixed climbers of all levels, the horizontal monopoint could become the most versatile monopoint on the market.

You can get some Snaggletooth siblings like the Sabretooth, Cyborg, and Stinger: 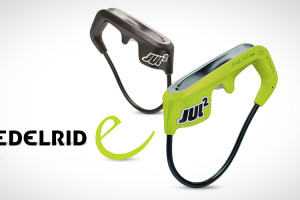 The Jul 2 is slated as a single tubular belay device. It's tied for the least-expensive brake-assist device on the market...
Copyright 2013-2018 WeighMyRack LLC
Back to top
Backcountry has 25% off gear & REI has 22-60% off in the Outlet. See the list of over 20% off gear here
%d bloggers like this:
We use cookies to add buying options and for analytics. By using this site we assume you are OK with that (scroll to accept). Cookie PolicyOk