A hiatus? Why no new content for a few months? 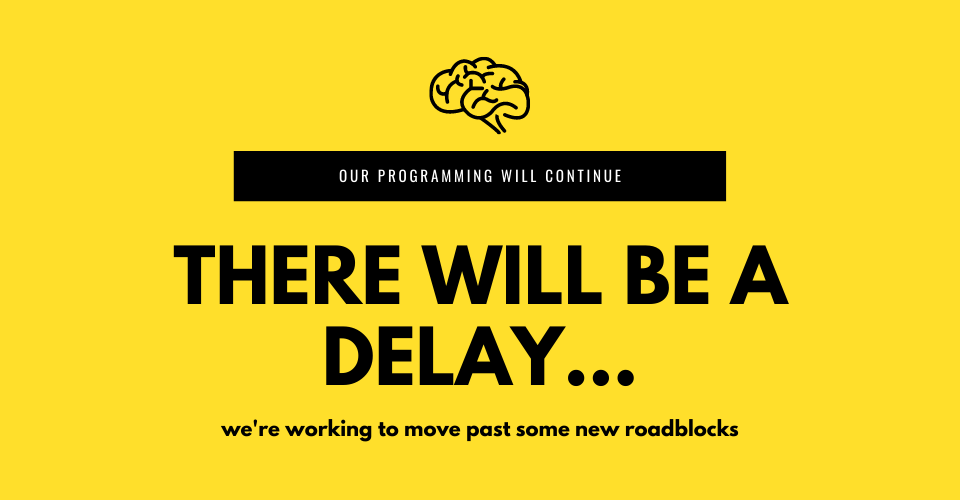 WeighMyRack will most certainly continue forward, we’re just figuring out what that means in this new reality. We have amazing team members who are keeping the main site running, but content output has been temporarily put on hold during Alison’s treatment.

Related aside: We have some GREAT writers in the queue. Alison’s editing/formatting role is the roadblock we’re working to remove.

The cancer situation, in Alison’s words…

I have an inoperable cancerous brain stem tumor (it’s called a midline glioma which means its in the center of my body and the structure is soft and infiltrating, like a sponge, versus a hard tumor mass). This tumor is extremely rare in adults, likely there are fewer than 50 adults diagnosed with it per year. This diagnosis is more common in children, but with very sad results – it’s almost always fatal within 3 years. Adults seem to have slightly better outcomes, perhaps because the brain is more developed.

Since this tumor is so rare in adults there are no quality statistics for life expectancy or life quality.

The brain stem is what controls all the subconscious processes, like breathing, swallowing, your arm moving without you consciously telling it how to move, etc. Since my tumor is in the center of the brain stem, surgery is not an option because there is no way to get to it without harming important neural paths that control essential life tasks. Similarly, it’s impossible to safely get a biopsy of the tumor, to see if there is a specific chemo/immunotherapy match that would be particularly effective treatment.

My doctors are the co-directors of the Alvord Brain Tumor Center at the University of Washington Medical Center and they have been great. I have utmost confidence in them.

In October/November I went through a 6-week treatment of daily radiation and daily chemo pills. I will not have radiation again unless they find cancer elsewhere in the body (metastasis). At this point I am not on chemo. Part of the reason for no chemo is because the tumor has reacted well to my first treatment, and it’s possible that further chemo could cause more harm than good. The inability to biopsy the tumor to identify an ideal chemo treatment increases the risks and reduces the chances of it being effective.

I will be getting MRI’s every 2-months for likely the next year. The first MRI after treatment was positive: the tumor had shrunk and many of my symptoms have decreased.

How did you know / what are the symptoms?

One of the most common questions I am asked.

As early as November 2019, Andreas noticed that while running I often held my left arm a little differently than the right arm. This difference was not notable other than a discrepancy in my running form. Even in retrospect I wouldn’t have said anything was wrong with my arm, it’s just now we can see this as likely being associated with the tumor.

In July 2020 I lost confidence swallowing. I didn’t do it wrong and it wasn’t a hazard, swallowing just became a more conscious process. I didn’t bother seeing a doctor because it didn’t seem like a danger, and I didn’t want to risk a COVID exposure.

Throughout the month of September I experienced an increased amount of seemingly unrelated but increasingly serious symptoms. When you read the list it will sounds like a lot. These symptoms appeared over time, sometimes went away for a bit, and/or were fairly easy to justify when it was just one symptom or two at a time. By the end of the month it was very clear something serious was going on.

At first, it was limited motion and strength in my left arm (I assumed a pinched nerve from mountain biking). Then it was weakness in my left leg – eventually I had a small but ever present limp. Then tingling in my left fingers. Then tingling in my right fingers. At its worst, during hot showers, my nose and mouth began to tingle. It seemed like the left side of my face was slightly less responsive.

I had acid reflux multiple times after dinner, for the first time in my life.

My speech pattern was decreasing. I was slurring d’s, t’s, and s’s. Sometimes, it would sound like I was crying when I was speaking normally (the air would come out my nose instead of my mouth). There were 3 occasions during dinner were I found it hard to start the swallow of big bites of food. It felt like the back of my tongue was swollen although it was not actually bigger (apparently this is a classic neurological symptom).

At one point I thought maybe I had survived a stroke, since it was only one side of my body that was particularly off. The doctors at the Emergency Room in Salt Lake City all assumed I had some form of MS until they found the brain tumor via MRI, which explained all the symptoms.

It turns out this sudden increase in symptoms was due to the fact that my tumor had hemorrhaged. The hemorrhage expanded the tumor volume and the exposed blood all took up more room in my brain stem and limited my neural pathways. My tumor is ever so slightly more on the right side, thus why the left side of my body was more effected.

The hemorrhage was what caused the more pronounced increase in symptoms, which ultimately led to going to the ER, but it also means the cancer had advanced to a stage where it was making its own blood vessels and growing fast.

The on-call neurosurgeon in Salt Lake City said the doctors there could do surgery, but he recommended going to Seattle. It took 2 days for us to drive from Salt Lake City to Seattle, where there exists a world renown brain tumor center and our support network was strongest. During the drive my partner, Andreas, and I were both under the impression that I would be getting brain surgery as soon as possible, based on the information we were given in SLC.

My symptoms continued to increase. Driving to Seattle my left hand open hand grip was so weak I couldn’t turn the A/C dial in car. Usually we listen to podcasts or the radio or an audiobook during long drives. This time nothing came through the speakers and we didn’t even notice. In my head flowed thoughts that I wanted to live long enough to vote in the November election. I was also concerned that WeighMyRack wasn’t in a spot that could easily be taken over by Andreas or somebody else.

At this point I could no longer put on my clothes easily by myself. I couldn’t take off my shirt or unclasp my bra because my left arm/hand was so weak. Buttons took me a frustratingly long time to manage. I would often tip over while trying to put on my pants or socks in the morning.

We entered the University of Washington Emergency Room on a Saturday morning and were seen by many on-call neuro doctors but none of them gave particularly hopeful diagnoses. Most started their introductions with, “I’m so sorry…”.

On Monday, 5 days after my first diagnosis at the SLC ER, I was meeting with my new neuro-oncology and nuero-radiology doctors. That morning was the first time I saw double vision.

What can others do to help?

The most helpful thing I can ask is for you to send some heeling energy and best wishes my way! And maybe some patience as we work to get WeighMyRack up and running smoothly.

I am incredibly fortunate to have access to great health care and we don’t need anything physical.

If you feel compelled to send a card, this is our current address (likely we’ll be here until at least March):

I’m open answering your curiosities. I can try to answer in the comments. The hardest part of answering questions is the time it takes to type a reply. All tasks seem to take a lot longer to complete now. The radiation seems to have done a number on my short term memory, which adds a challenge to completing all tasks.

How to Recycle and Upcycle Climbing Slings

You have made one the the best climbing gear website ever. You can accomplish great things. Stay Strong Alison.

This website has long been one of my happy places on the internet — a refuge where I can escape the dull life of a tech job, let my inner obsessive gear nerd run wild, and dream of future weekends.

Thanks for all the work you’ve put into this site.

Thank you for the kind words, Rob!

And, we’ll be back soon with more escape-worthy content!

Hello Alison! Sending positive energy your way and pulling for ya , with a rescue sized haul system :).

Haha, perfect! This comment made my day, thank you, Joe!

PS – Kinda glad I’m not going through ESAR basic training with all the rain/snow right now!

You’ve gone soft :). If it’s not raining it’s not training!

Morning Alison. WOMAN MOVE MOUNTAINS! and climb them as well! All the way from Germany sending you lots of energy, positive attitude and the strength to keep on going!

Thank you, Verónica! My doctors are very optimistic, and so far the results have all been positive. 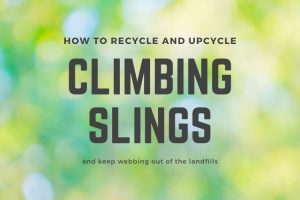 How to Recycle and Upcycle Climbing Slings

It seems that you should be able to recycle nylon slings, just like you can recycle nylon climbing ropes. The difference...
Copyright 2013-2018 WeighMyRack LLC
Back to top
Backcountry has 25% off gear & REI has 22-60% off in the Outlet. See the list of over 20% off gear here
%d bloggers like this: