The Newest Harnesses from Arc’teryx 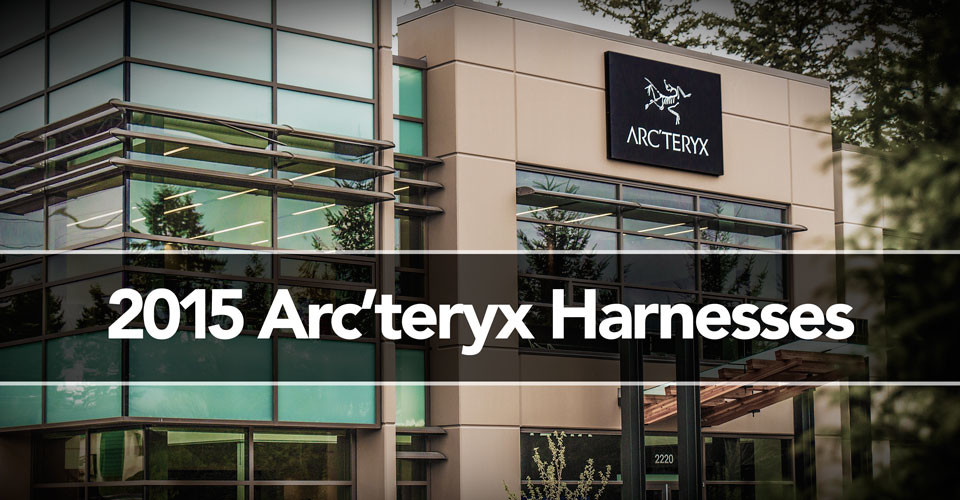 Arc’teryx’s harnesses have been completely re-vamped for 2015. In addition to taking feedback from climbers, harness designer Tony Richardson was equipped with years of experience climbing in Arc’teryx harnesses around the world, from Patagonia to Bishop to Baffin Island.

We went to the Arc’teryx headquarters in Vancouver to get the full scoop. A few years ago, Tony Richardson officially took the over harness design at Arc’teryx. Since sitting down in the hot seat, Tony’s main goal was to reduce the plethora of niche harnesses and develop a single, versatile, do-everything-well harness design. In his own words:

One harness to rule them all.

This meant utilizing the benefits of the Warp® technology to create a harness that was comfortable enough for hours of hanging, highly packable, and lightweight for long approaches. To be equipped with only the necessary features: 4 gear loops, 4 ice clipper slots, a rear tag line/5th gear loop and an adjustable rear rise and drop seat.

To make it happen Tony sat down with the skilled women sewers at the Arc’teryx factory in Vancouver (internally referred to as “Manner” for the street it’s on) to determine the fabrication process. This factory houses Arc’teryx’s best sewers who have made, and will continue to make, the entire line of Arc’teryx harnesses here in North America.

Understanding that there are die-hard fans of both fixed and adjustable leg loop harnesses, Tony felt that was a necessary option to offer. Otherwise the FL-365 and AR-395a are identical harness, with the minimal, essential, features described above.

As a quick color aside, we chatted with Kavan Cronin, who is in charge of the coloring, about the challenge of choosing colors for women’s harnesses. It’s clear that some women prefer “girly” colors while equally as many women despise them. Even in the Arc’teryx building there are fans on either end of the spectrum. The color that pleases all women remains a mystery.

And, speaking of females, Arc’teryx is in the midst of a defineFEMININE campaign that’s worth checking out.

In addition to offering a fixed and adjustable leg loop version of the harness in a men’s and women’s variation, there is a unisex, streamlined, sport-oriented version. The SL-340, is a fixed leg, two gear loop harness aimed squarely at the European sport climbing market.

We just breezed through those harnesses like there’s nothing going on, but really there’s a lot to talk about. The following changes and updates were made to the entire 2015 harness line.

Other than trimming down the line, Tony had a few modifications on his “must do” list.

Problem: Roping is the term Tony uses to describe the wrinkling/creasing of the waist belt and/or the leg loops of previous Arc’teryx harnesses. Tony was dead set on fixing this “unacceptable” affliction. Previously, the method in which the webbing fibers were spread apart (warped) was great to spread the load evenly across the waist belt and leg loops. However, after an extended time hanging in the harness, the fibers wanted to return to their original webbing shape, causing uncomfortable bunching.

Solution: Some of the build and material costs went into solving this problem and there is now vertical stitching inside the harness to prevent the fibers from moving once warped.

You’ll note we start this video at 1:16 where Tony talks about the Warp® Technology and 30 seconds later he gives a hint to the extra vertical stitching that now acts as a reinforcement.

Problem: There have been multiple accounts of the thin piece of webbing that holds the rope centered on the lower tie-in point coming undone. Many folks have ended up taping the webbing shut instead of dealing with the hassle of re-threading the webbing every couple of pitches.

Tony felt the problem was caused because the material of the lower tie-in point was too stiff, and as it would straighten it would put excessive pressure on the metal tri-glide, causing the webbing to unthread itself.

Solution: The bottom tie-in loop is now more supple with less stitching. The goal was to keep the abrasion resistance of the original tie-in while increasing its flexibility. In addition to preventing the tie-in from straightening out and becoming a stiff board, the new design will be more comfortable to wear over the entire life of the harness. The photo comparison below does not demonstrate stiffness but does show the material and construction changes.

Problem: A super hooked nose caused frustration when nature called and putting your harness back on was even harder. Similarly problematic was the two buckle design that added bulk, doubled the number of buckles, and meant careful calculation was necessary to open the tiny buckles. Tony wanted an easy solution.

Solution: One, low profile metal clasp that has been upgraded to a smoother angle allowing for the clasp to more easily slide in and out of its holder.

Problem: Only one carabiner could fit in the rear loop. The plastic loop could also create a hard spot while wearing a pack.

Solution: Making the haul loop / tag line easy to use as a 5th gear loop and creating it from webbing.

How Color Plays a Role

After all the improvements, Kavan Cronin, a 7-year veteran colour designer, went to work. In this video, shot at the Arc’teryx headquarters, you can see snippets of how the color design was developed in addition to the technical changes.

Compare the weight of every harness available today at:
www.WeighMyRack.com/harness

Tony’s “Golden Standard” was if Will Stanhope could abuse a prototype version of the harness big wall free climbing in the Bugaboo’s. When Will’s test harness came back, virtually everything was in order and there wasn’t even a hint of roping. Tony did find the tie-in rope holder had been taped in place, but nothing critical was awry.

When we asked Will if had had anything to say about testing the prototype harness he replied, “It’s not everyday that I come across a product that I rave about so much.” He went on to praise the harness explaining:

The FL 365 Harness is far and away the best harness I’ve ever used. I used that harness almost every day for an entire summer of abusive big wall free climbing. Days that included about 800 feet of jumaring followed by an afternoon of swinging around, trying moves and taking whippers. Basically, the harness didn’t take a break all summer long and come autumn it was next to unscathed. It is comfortable, burly and light. The FL 365 ticks all the boxes for me. 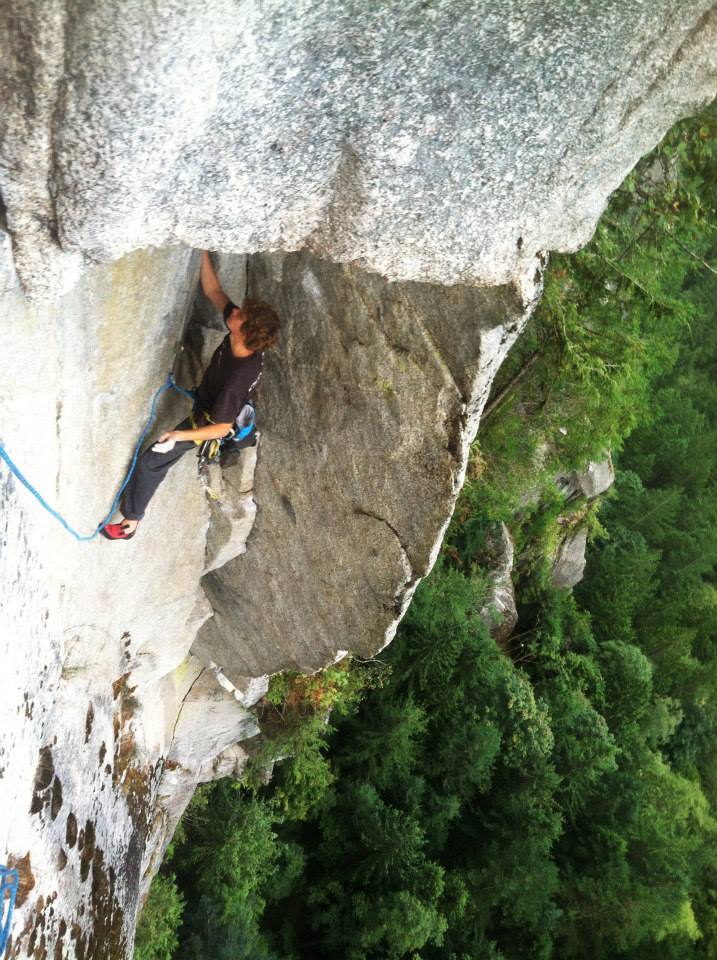 Will climbing on his FL-365 prototype.
Photo from the Will Stanhope collection.

Tony is confident in the new Arc’teryx designs saying they’re the best harnesses the company has released. Arc’teryx is one of the top outdoor brands in terms of quality and their harnesses are up to the same rigourous standards. These life-saving devices are sewn in Canada by Arc’teryx’s most skilled sewers and the attention to detail is why they fetch a premium price.

Arc’teryx’s newest harnesses are out now, and many older models are still available, perhaps at a discount:

We list all the rock climbing brands | WeighMyRack Blog

[…] are light and packable with great features like huge gear loops. After visiting the factory, we wrote a long blog post about their harness features and […] 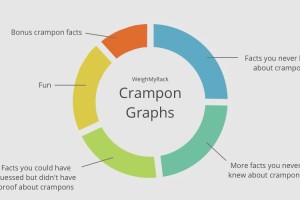 We're in love with graphs at WeighMyRack. They can completely change how you visualize the gear world. We're making more...
Copyright 2013-2018 WeighMyRack LLC
Back to top
50% off at REI's Winter Clearance Sale: See the Deals
%d bloggers like this:
We use cookies to add buying options and for analytics. By using this site we assume you are OK with that (scroll to accept). Cookie PolicyOk